What the Patient Protection and Affordable Care Act Means for Entrepreneurs

In a field dominated by franchises and mom-and-pop services, Ron Holt's business is an anomaly. In little more than a decade, his residential cleaning company, Birmingham, Ala.-based Two Maids & A Mop, has grown to 12 affiliate locations across five states. His goal is to create a national chain of providers.

In 2012 Holt was in the midst of opening his 13th location in Raleigh, N.C., when he learned about the impact the Patient Protection and Affordable Care Act (PPACA), commonly known as Obamacare, would have on his 160-employee business. Because he has more than 50 full-time workers, he'd now have to provide them with health insurance--not common in his industry. The mandate would cost his company as much as $300,000. 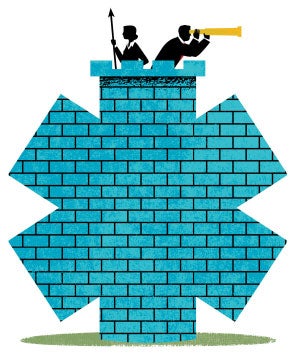 "We've kind of created a little mini-empire here, and we've got a lot of people's livelihoods attached to that, and they could be negatively affected if we start franchising each of our individual locations," Holt says.

He has some time to decide what to do. In February the U.S. Department of the Treasury and the IRS delayed implementation of the mandate that requires businesses with 50 or more full-time or full-time equivalent (FTE) employees to provide health insurance. Small businesses with 50 to 99 such employees now need to begin insuring workers by 2016; businesses with 100 or more full-time employees or FTEs need to begin insuring them by 2015. (The details are complicated, but essentially multiple part-time workers can equate to several FTEs. Check with your accountant or review the IRS guidance for details.) Meanwhile, businesses with fewer than 25 FTEs can get a small-business healthcare tax credit this year when buying coverage through the Small Business Health Options Program (SHOP).

How the law affects a business depends primarily on the company's size, says Warren E. Kingsley, a partner leading the employee-benefits practice at Atlanta law firm Arnall Golden Gregory. For companies with 50 or more full-time employees that have been offering quality, affordable health insurance, the PPACA may have little effect other than additional administrative requirements, such as reporting to the IRS the scope and availability of such coverage. Kingsley points out that for large companies with accounting staffs, that's just another headache, but for small employers, it's "a whole other aspect of payroll and a lot of work."

Another administrative burden is tracking the actual number of employees, especially for small businesses with high turnover or seasonal staff. Companies in retail, hospitality and highly seasonal businesses that are near the 50-employee threshold need to be particularly careful that they're counting FTEs properly and not misclassifying employees as independent contractors, or they'll face fines, Kingsley says.

Kevin Kuhlman, manager of legislative affairs at the National Federation of Independent Business (NFIB) in Washington, D.C., says about 46 percent of small businesses already offer insurance to employees. He sees the mandate delay as a temporary reprieve for the businesses that will be affected most significantly, but it's also disruptive. "If you made plans based on what you thought you had to do in your business, this could throw a wrench in them. It doesn't instill confidence," he says.

Some companies have worried about premium changes as a result of the law. Since 2003, premiums have increased 80 percent--nearly three times as fast as wages and inflation, according to the Health Research & Educational Trust and Kaiser Family Foundation in Menlo Park, Calif., which provides in-depth healthcare-policy analysis. Last year's premium increase averaged just 4 percent, the foundation says, with employees contributing an average of $4,565 toward the cost of their coverage.

After seeing seven years of double-digit premium increases, David Jeter and business partner Beth Sweigert, owners of Acceleration Physical Therapy in Spokane, Wash., were considering giving the money earmarked for insurance directly to employees so they could find their own healthcare on the new exchanges. While their 14-person company isn't required to provide health insurance, it does so in order to attract employees who might otherwise choose to work for a hospital or facility with a comprehensive compensation package, Jeter says. 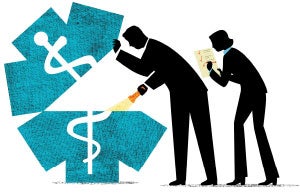 "At this point I am calling it a fluke," he says of the slowdown in the premium increase, "but if in six months we renew without significant increase, this will be a dramatic change from the norm."

For Karl Miller, newfound health-insurance availability allowed him to finally leave his employer and work full time on the business he started 17 years ago, Lark Label in Wichita, Kan., which he runs with his wife, Kathy. Miller has a highly specialized niche, creating signage and markers for plants at places like botanical gardens.

Because they both had preexisting conditions, the Millers weren't able to get insurance on their own. However, Karl was able to purchase coverage for Kathy and himself by calling the phone number provided on HealthCare.gov in December 2013, the same month he went full time with his business. While he pays more for his insurance than he did with his employer, Miller has been able to increase Lark Label's revenue 25 percent in the few months since he's been self-employed. "Had the Affordable Care Act not come along, I would have had to stay with the company instead of continuing to build my business," he says.

Last year, when Overland Park, Kan.-based Matthew Condon had an opportunity to sell all but a 10 percent stake in his company ARC Physical Therapy+ to U.S. Physical Therapy, a national chain, he decided it was the right move because of the financial opportunities it offered for his business partner and himself. Over the years, providing healthcare coverage to his employees, one of the fastest-rising cost sectors, had become a significant expense. In addition, U.S. Physical Therapy offered immediate infrastructure to support his growing business.

"Had the Affordable Care Act not come along, I would have had to stay with the company instead of continuing to build my business."
--Karl Miller, Lark Label

Condon has since launched Bardavon Health Innovations, a technology company working to improve outcomes, transparency and value in healthcare. He does not offer health benefits, citing high premiums for his six young, healthy employees.

"I don't mean to be negative about [the PPACA] because I think there's so much partisanship about it," he says. "I just don't think enough people that had started and run businesses were involved in discussing the financial ramifications of some of the policies."

The law has also, obviously, affected insurance businesses. Mike Stahl, senior vice president of Dallas-based Health-Markets Insurance Agency, says his company provides health insurance to its approximately 200 employees, so the mandate hasn't had a big impact. However, the law does require insurers to devote at least 80 percent of their premium income to their "medical loss ratio," which includes healthcare claims and quality improvement. "One of the easiest ways to cut those costs was to cut commissions to insurance brokers," he says.

Keeping up with the law

Government agencies are still issuing guidance and timelines with regard to the Patient Protection and Affordable Care Act. Here's where to stay informed on the latest developments.

HealthCare.gov is the main government website and portal for purchasing health-insurance policies.

The latest information on IRS updates regarding the healthcare law, as well as information on tax credits and other business-related Obamacare topics, can be found at the Affordable Care Act Tax Provisions homepage on IRS.gov.

After the law was passed, Health-Markets' commissions dropped by 40 percent in 2010 and an additional 30 percent as of Jan. 1, 2014. Stahl says "processes have changed dramatically," and since his team specializes in selling policies to individuals and very small companies, they have been subject to additional commission delays and challenges working with the glitchy exchange websites. Still, HealthMarkets has compensated by expanding into life and disability insurance policies, among others, resulting in 30 percent growth in the past year.

Allan Branch, co-founder of Panama City, Fla.-based LessAccounting, which makes web-based accounting software for small businesses, ditched the group health-insurance plan he has carried for the past three years and instead gives his seven employees money in the form of a health-reimbursement account to purchase their own exchange plans. The company also foots the $22 monthly bill for employee subscriptions to freshbenies, which provides telemedicine and other noninsurance services.

Branch says the shift doesn't cost him less but removes many administrative headaches. Employees were nervous about the change at first, he says, but now many see that they can get better coverage through the individual exchanges. He believes the company's culture and compensation will make up for the lack of a group health-insurance plan when it comes to attracting new talent, and he's unsure whether LessAccounting will provide group coverage in the future. "Everything has changed so much. I don't even know what insurance is going to be in six months," he points out.

That kind of uncertainty isn't great for the economy, says NFIB's Kuhlman. It makes it hard for employers to know what costs they're facing and to make decisions based on the realities of their businesses. Attorney Kingsley says he can see some businesses opting to take a fine rather than follow PPACA mandates. Others may take an approach like Branch's, choosing to use private exchanges, where employers contribute a fixed amount, and employees purchase insurance using those funds.

Meanwhile, Holt still pays the rent on the Two Maids & A Mop office in Raleigh, which is sitting empty while he decides his next move. The mandate delay has helped in some regards, but he still faces tough decisions.

"I started this business in a little 200-square-foot office space with two part-time employees," he says. "I self-financed all the growth to where we are today, a multimillion-dollar business. But legislation is derailing that. Not to say 'woe is me,' but it is a little 'woe is me.'"

Ditch the Political Gamesmanship -- How Entrepreneurship Can Fix Healthcare