After 30 Years of Pizza, This Franchisee 'Cleaned up' With a Very Different Concept

John Mansour isn't afraid to start over. After immigrating to the United States at age 19 from his native Jordan, he attended college in Chicago and immediately went to work with Pizza Hut. There, over three decades, he rose to vice president of operations for an Illinois franchisee. But when the opportunity came for an early retirement and a "second act," this time with a business of his own, he took it. Looking at "industries outside the restaurant world," he settled on the house-cleaning franchise The Cleaning Authority. So ended his pepperoni days, which he traded in for mops, brooms and bleach. Today, Mansour says he's content to have left his managerial position. "It isn’t a turnkey operation," he says of his fledgling Cleaning Authority startup. "It still requires hard work."

I took over my Cleaning Authority franchise on October 12, 2015, but I have been involved with franchising for my entire career.

Related: Franchise Players: How I Found Love at a Carpet Cleaning Convention 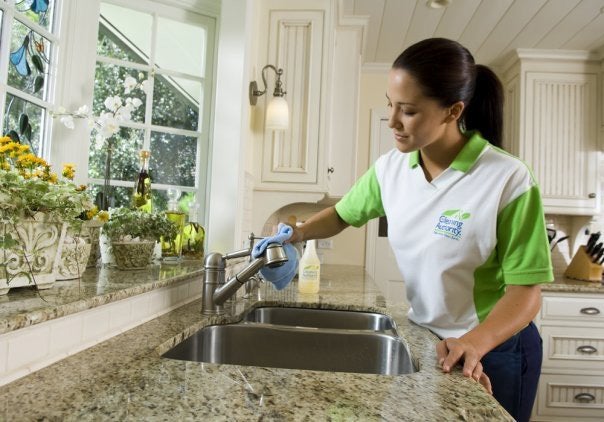 For me franchising puts me in a unique situation. I am able to get national recognition from a franchised brand, valuable support from the franchisor and also the opportunity to put my years of experience to use as I grow my own business. It isn’t a turnkey operation; it still requires hard work.

At age 17, I immigrated to the United States from Jordan and grew up in Chicago. I completed my education at Northeastern Illinois University and started my career with Pizza Hut as soon as I graduated. I started as an assistant manager and worked diligently to earn the title of vice president of operations for an Illinois franchisee. After more than 30 years with the brand, I took an early retirement. I soon realized I wasn’t the type to just sit at home, so I began looking for a new venture to pursue. After a franchise broker introduced me to the Cleaning Authority, I knew I had found the industry, and company for my second act career.

I wanted to do something for myself, and I was looking for industries outside of the restaurant world. The Cleaning Authority was recommended to me through a franchise broker, so I talked to the corporate team and immediately recognized that the company was well organized and the processes were excellent.

I estimate that I spent around $250,000 before taking over this franchise. Rather than start from scratch, I was introduced to another franchisee who had grown so much that he felt challenged trying to reach his potential growth with a huge territory. He was offering to sell part of the territory, so I purchased the Schaumburg office from him. Almost 90 percent of the cost to start my franchise was the purchase price.

I spoke to several Cleaning Authority franchisees during the discovery stage and continued to explore other opportunities in different industries. The more that I thought about it, the more I saw growth potential in the house-cleaning business. It is not an inflation-proof business, but it has huge growth potential.

Related: Franchise Players: Veteran and Mother of Five on Refusing to Settle

While it wasn't unexpected, [the tasks of] getting to know the ins and outs of the business, being confident when I walk into customers’ homes to complete an estimate and ensuring that my team is meeting the standards and the expectation of our customers have all been challenges.

I have been in franchising for a while now, so I believe that franchisees are entrepreneurs. But as a franchisee, you have to make sure you follow the proven practices and processes of the company. I’ve noticed that most franchisees that fail try to reinvent the wheel. As long as franchisees follow the guidelines that are laid out by the brand, they will always see success.

First, I want to grow my customer base and develop incentive programs for my employees, so they are able to grow with the brand, as well. Once this happens, I will be expanding my territory.

Related: Why I Turned to Franchising to Grow My Cleaning Business