Budding entrepreneurs are using lessons from music-industry moguls to learn how to run their own businesses.
Next Article
Max Marin
Magazine Contributor
August 17, 2017 6 min read

He has an event production company he wants to take to the next level, and, clad in a baseball cap and black-framed glasses, he outlines his plan -- his ticket sale models, room occupancy caps and the first few big venues he can get with more capital. He tries to keep it animated and conversational. But midway through, he falters.

The cellphone timer chirps, and the pitch is over. The audience claps. Veli looks relieved.

This isn’t an actual pitch. The “investors” are Veli’s fellow students, and the venue is the Institute for Hip Hop Entrepreneurship, an experimental, nine-month, tuition-free program that uses lessons from music industry moguls to teach young people how to run their own businesses, and then awards the strongest pitches shares of $30,000 in seed money. 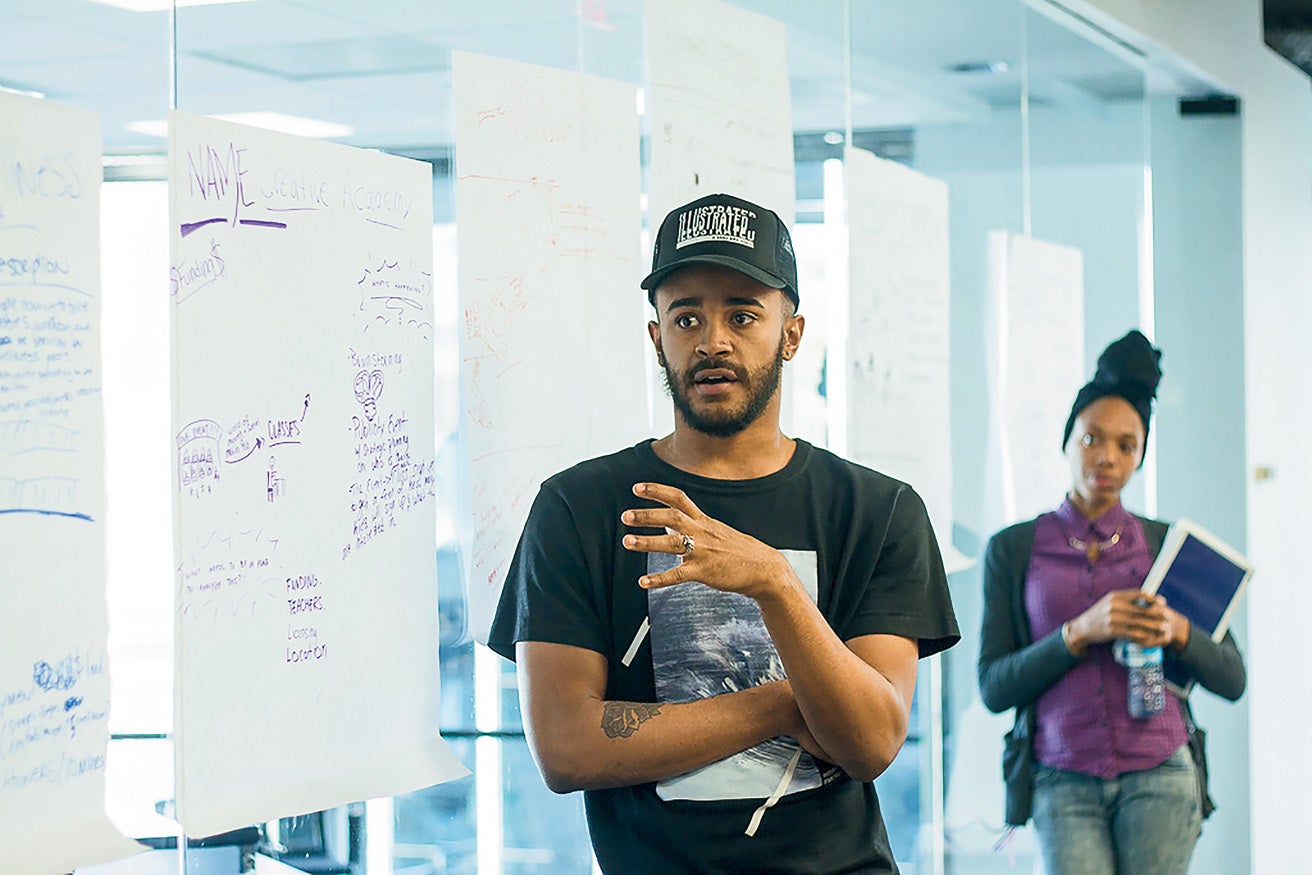 Why hip-hop? “Hip-hop oftentimes doesn’t get its due when it comes to innovation,” says Tayyib Smith, a former music industry executive who co-founded the program with his business partner, Meegan Denenberg. For more than 40 years, the art form served as a springboard to stardom and to self-made careers for people of color working in music, fashion, food, marketing, nonprofits, technology and more. That makes it a valuable lens through which to view entrepreneurship, particularly in our current economy: the world has realized the power of entrepreneurship, but the subject is still usually taught in a staid way that can be distancing to members of low-income, marginalized groups.

Smith and Denenberg run a Philly-based marketing agency called Little Giant Creative, and they thought that if they could combine lessons from the hip-hop industry with more traditional business education, they could help propel an underserved population. (They’re not the only ones to think of this; for years, the U.S. State Department has funded a similarly minded international program called Next Level.) The idea eventually caught the eyes of funders; in early 2016, the Knight Cities Challenge gave a $308,640 grant to Little Giant Creative to bring the Institute to life. It opened its doors for its inaugural nine-month class in November.

Chosen from more than 300 applicants, the 24 students selected are all people of color, ranging in age from 19 to 35. While they are given nuts-and-bolts lessons on building a business from a wide range of guest lecturers -- from entrepreneurs and investors to restaurateurs and CEOs, many of whom visit the institute pro bono -- hip-hop remains the lifeblood of the program. Neil Levine of Penalty Entertainment, who helped secure Jay-Z’s first big distribution deal, came into one session. Ruffhouse Records co-founder Joe “the Butcher” Nicolo, who has brokered millions of record sales, gave the class his personal email address. “People have been unbelievably welcoming to these students,” Denenberg says.

During a lecture in June, the group gets into a spirited discussion about personality management, led by Gianni Lee, a West Philly native who’s blown up internationally as a fashion designer, DJ and visual artist. Lee assures the class that there’s a market for personalities of every shade -- not just for artists, but for personality-driven brands -- and that they shouldn’t compromise their individuality. Authenticity sells, after all, and especially to a younger audience. But there are limits, he warns.

Rapper Azealia Banks, queen of the petty public feud, comes up as a perfect example of someone taking things to the extreme. “How do you know when you’ve gone too far with your image?” one student asks. “Is it when everyone is telling you to stop?”

On another weekend, students visit New York to learn about guerrilla marketing from Sam Ewen, founder of the branding company Interference and an early progenitor of the grassroots campaigns that defined 1990s rap culture. Ewen’s philosophy is that the old-school, hand-to-hand spirit can still be tapped today -- but now, it must be done in a way that bridges the digital and real worlds. Putting theory into practice, students devise a marketing plan for temporary tattoos. (The students came up with a plan to use babies as models, taking inspiration from the striking album art from Lil Wayne’s 2008 album, Tha Carter III.) The exercise reaffirms the message  that when the right image is distributed to the right people, fans will do your work for you -- spreading it around in person, and posting it online. 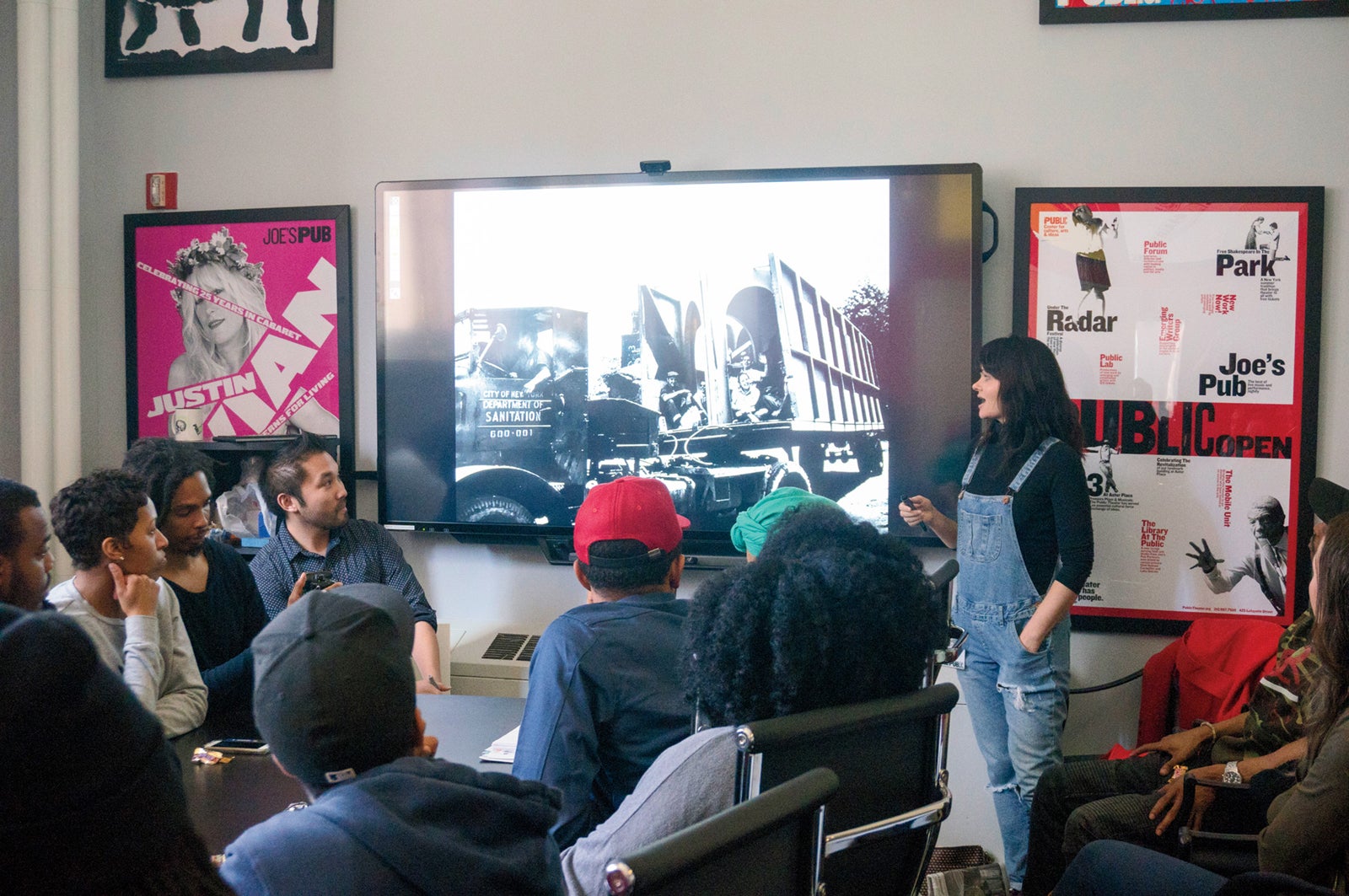 Later, Shae Williams, a marketing guru who has worked for everyone from Kanye West to Microsoft, walks students through a presentation on managing clients. Hungry young entrepreneurs are tempted to offer the world, he says, especially when chasing their first big client. But that can lead to trouble. If a client has $10,000 and wants you to book Jay-Z, he says, say no and walk away. Don’t overpromise. Underpromise, and then overdeliver. When your first customers trust you, bigger jobs will follow.

Giving back is a regular theme, and a resonant one, given many of the students’ backgrounds. Teachers cite examples like J. Cole, who turned his childhood home into a haven for single mothers, in an effort to encourage students to build philanthropy into their business models. “We have a social responsibility to the communities we want to get money from,” Williams says.

In early July, with the program’s nine months up, the students make their final pitches to a panel of veteran entrepreneurs (at a local music venue, naturally). The judges award three of the 24 students with $10,000 each in startup cash. One winner is Tony Chennault, for his film production outfit that tells uplifting stories about urban communities. “After going through this,” Chennault says, “[my company] is gonna be a force to be reckoned with. It’s gonna shift culture.”

With the seed money dispersed, the initial grant has been exhausted, and Denenberg and Smith are hashing out how to keep the program going tuition-­free, either through more grants, corporate sponsors or even expansion to other markets. But whatever happens, the duo feel like they’ve made their case: Entrepreneurship can and should be taught in many ways, because every community has ambitions worth harnessing.

Wining and Dining to Grow Your Business and Brand