Makeup legend Brown is taking her own advice, and building multiple new brands.

By Jason Feifer August 21, 2019
This story appears in the September 2019 issue of Entrepreneur. Subscribe »

What do you do for a second act, when your first act literally changed an industry? That was the question facing makeup powerhouse Bobbi Brown, whose simple line of lipsticks blossomed into the billion-dollar company Bobbi Brown Cosmetics. She left it in 2016 with no plans for what to do next; all she knew was that she was done with corporate life. (The company had been acquired decades earlier by Estée Lauder.) “It wasn’t freeing,” she says. “It was like, Oh, shit; now what?” But she’s since found an answer -- expanding into new territories with a supplements line for Walmart (Evolution_18), an editorial site (justBOBBI), and a boutique hotel (The George), all of which launched this spring. She also has a new podcast (Long Story Short) and a film and photo studio (18Label), and more to come. But the second act isn’t really so different from the first act, she says: At its heart, everything an entrepreneur does is just about doing.

Related: How Kylie Jenner Built One of the Fastest-Growing Beauty Brands Ever

You made your name in a time before the phrase personal brand existed. Did you ever think of yourself as a brand?

Not even a little bit. I didn’t know what a brand was back then. I was a makeup artist. I just wanted to make something that was better than what was on the market, and that I got really excited about.

I hear that a lot from famous people -- that they weren’t strategic about building themselves up. It’s such a contrast to now, where people consciously treat themselves like brands.

A lot of them come to me for advice, and the only advice I have is: “OK, go home and just do it. Put your head down, figure out what it takes, and just do it. And if it doesn’t work, then do it, but do it a little bit differently.” Everyone wants to talk about doing it and planning and strategizing, but people are forgetting you actually have to do it. I’m a doer.

Did anybody give you that advice at your start?

No. The only advice I got at my start was from someone who said, “The world doesn’t need another cosmetics company. You don’t know what you’re doing.” So I said, OK, and I just kept doing what I was doing, which was making a lipstick that didn’t smell bad, that was actually the color of your lips, and that wasn’t dry or greasy. I met a chemist at a photo shoot and told him what I wanted, and he made it for me, and I said, “Wow; people are going to love this,” and he said, “All right. I’ll make it, you sell it for $15 -- you get $7.50, I get $7.50.” I said, “Deal!” And that’s how I started.

Related: This Entrepreneur Found His Way Into the Beauty Industry by Accident and Then Built a Worldwide Brand

Right. When times were quiet, I thought, Well, to make some extra cash, let me go into a salon and do makeup for women. So I worked with mothers and aunts and sisters, and I would teach them makeup, and they’d be like, “Oh my God -- I love this. It’s so simple.” And as my brand grew and my career grew, it just was common sense. My brand became the teaching brand.

You’ve said that if you wrote a business book, you’d call it Duh. Do you feel like, at its heart, business is actually quite simple?

Yes, and I find people waste time, energy, and money on things that don’t matter.

So, I want you to walk into an imaginary business right now and tell people to stop doing things. What should they stop?

Well, first of all, stop putting your head down in your computer. At least once a day, raise your head, get some fresh air, and talk to people. And stop having so many meetings. Honestly, sometimes a discussion just takes two seconds. 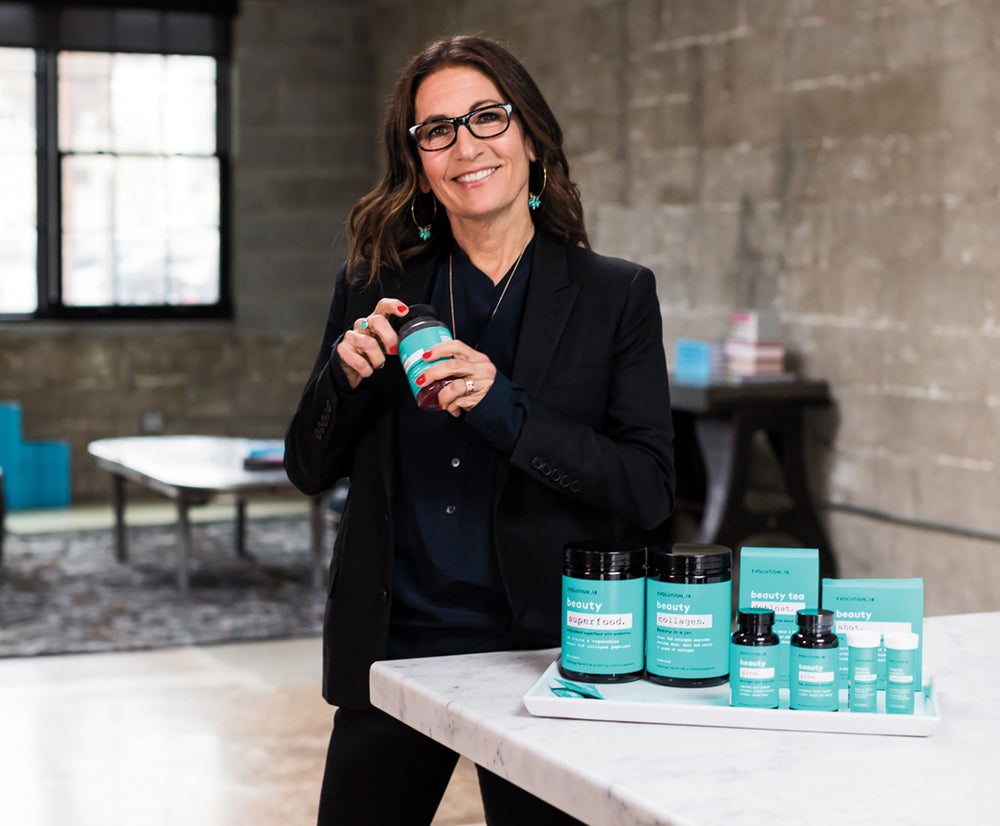 No. It’s honestly no different. Because I’m someone who thinks about a project, thinks about what it is, how it could be better, how to really explain it to people, how to curate it, how to Instagram it, and how to visualize it. Doing Evolution_18 is the same thing I did when I was creating colors for the season or product categories. You know, you just make things up. An entrepreneur really is just someone who likes to make things up and likes to get them done.

Not everything you’ve tried since leaving Bobbi Brown Cosmetics has worked out, like a stint as a Yahoo beauty editor. Do you worry about failure?

I’m not afraid of failure. If something doesn’t work out, I look at it and say, “OK. That was fun. That was interesting. This is why it didn’t work.” Because I always like to learn from it. I’ve done things where I say, “I don’t want to do it again, but it was interesting to see.”

Totally. Like, I’ve been given an opportunity to have a podcast. I don’t know anything about interviewing people. I don’t prep. I’m handed a piece of paper, I go into a room, and I just talk to the person -- you know, anyone from Mickey Drexler to Jeff Raider to Joey Fatone. I’m not the smartest in the room, but I’m sure the most curious.

Speaking as someone who interviews people for a living, I can say: That’s the right way to do it. If you use prewritten questions, you won’t listen to what someone is saying and ask follow-ups. Prewritten questions are the death of conversation.

Well, that’s good to know, because I don’t look at them anyway!

If podcasting had existed at the very beginning of your career, do you think you would have done it the same way -- just walk into a room and go?

No, not at all! I mean, the good thing about being experienced and getting older is that your confidence gets stronger. And honestly, after all these years, people want to know from me: How do you become confident? The only thing confidence is, is being comfortable in your skin. I’m comfortable to make mistakes. I’m comfortable to admit what I don’t know. I just think it’s interesting not knowing things, so long as you’re not afraid to ask questions and say, “Wait; what do you mean?”

People would rather you ask the question and learn, rather than pretend you know it and don’t.

Right, exactly. And for some reason, people think that to be a successful entrepreneur, you have the fairy dust: Just sprinkle some on me! And it’s like, guys -- what I have is that I just keep going forward.