Amazon Just Launched a Major Video Game, But It Looks to Already Be a Major Flop

Despite being free-to-play and available on the world's largest gaming platform, Steam, 'Crucible' has already come and gone from the top 100 charts.

By Ben Gilbert May 28, 2020
This story originally appeared on Business Insider

Did you know that Amazon, the biggest company in the world, launched a big-budget new game last week?

The game is called Crucible, and you're forgiven if this is the first you're hearing about it. Despite being free-to-play and available on the world's largest gaming platform, Steam, Crucible has already come and gone from the top 100 charts.

Which is to say: As of May 22, two days after launch, fewer than 5,000 people were playing Crucible at any given time. 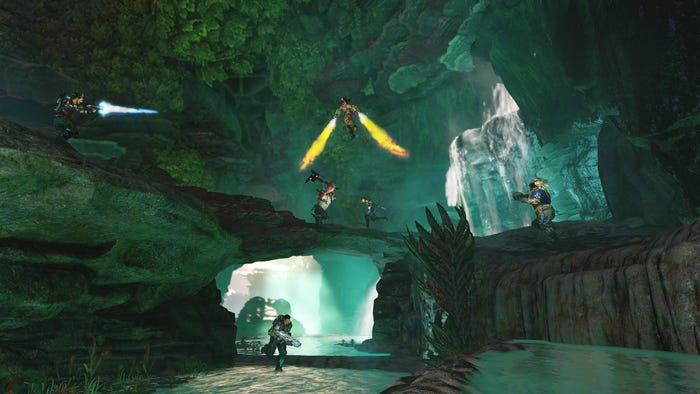 What "Crucible" looks like in action.
Image Credit: Amazon via Business Insider

Similarly, on Twitch, Crucible stream viewership and overall share of channels streaming the game has fallen off a cliff.

Streaming interest in "Crucible" spiked at launch, but quickly dissipated, according to tracking data provided by Thinknum Alternative Data. Crucible had fewer than 1,000 viewers across the last few days of tracking — not per day, but total viewership — according to metrics collected by Thinknum. The number of Twitch channels streaming the game followed a similar trajectory.

These numbers would be bad for a premium game — a game that people had to pay for upfront — but they're especially bad for a free-to-play multiplayer game, where the business model is based on bringing in huge numbers of players.

The logic for free-to-play games is you bring in a ton of players and then either sell ads that appear in-game based on those huge user numbers or sell cosmetic items that players can optionally purchase. Fortnite is a great example of this: The game costs nothing to play and has tens of millions of players. If just 1 percent of players buy in-game cosmetic items, Fortnite maker Epic Games profits handsomely.

Moreover, Fortnite has a seasonal Battle Pass that costs $10 — an add-on that comes with a bunch of cosmetic items earned through play, as well as enough currency to buy the next Battle Pass. Through the Battle Pass, Epic Games smartly encourages continued engagement with its game and potentially earns some money.

Amazon was no doubt attempting to replicate this business model with Crucible. The game has a Battle Pass that operates the same way as the one in Fortnite, in addition to cosmetic items sold individually, but the rocky launch is a major obstacle to achieving that.

Simply put: If no one's playing your game, there's no one to buy those virtual items — a major issue when your business model is predicated on a huge user base.