Singapore – Earning high profit from initial offerings, collecting massive rebase incentives, leveraging benefits from a secondary bond marketplace and more are all possible owing to Trava Knights' TraDAO Protocol product. This is a community protocol with a high level of security, user awareness, capital efficiency and liquidity mining that is well optimized.

Most recently, the ‘bond installment’ method has been receiving a lot of attention as the TraDAO team considers it to be an optimal investment strategy.

How is bond installment useful? 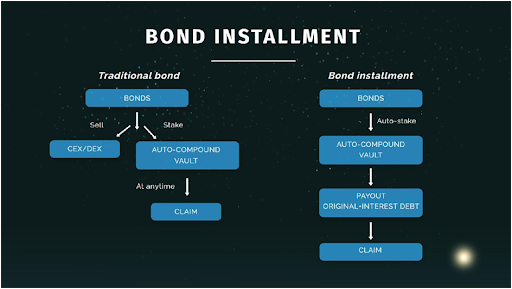 Bond installment permits bonders to purchase more TOD with a specified quantity of assets and pay off the loan later. This form of bond allows users to utilize tiny amounts of cash to purchase more bonds and then profit from auto-compounding staking. 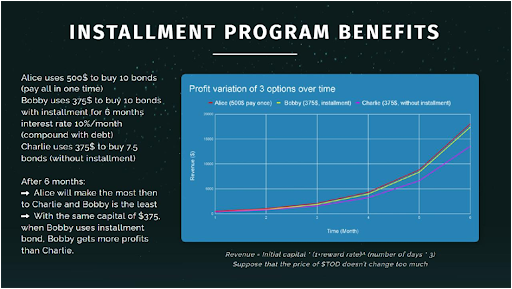 With TraDAO, it was decided to raise the stakes in order to inject more enthusiasm into the project's tokenomics. New features such as bond installment and a secondary bond marketplace therefore aid in the development of a new strategy for customers to maximize profits.

With that being said, TraDAO has catered to every need that could arise from multiple situations which may include different combinations as per OlympusDAO’s ‘Game Theory’. Regardless of the circumstances, the TraDAO team has taken it upon itself to ensure that the investors are the ones that earn the most and that the bond installment method remains beneficial no matter what happens.

Lastly, this is the very first time that this concept has been actualized in the world of DeFi and it is all thanks to TraDAO. This is of the utmost significance as bond installment has been available in traditional finance for a long time, but it has never been applied in decentralized finance before. In a way, TraDAO is bringing an important aspect of traditional finance into DeFi, a factor that should not be underestimated by any means.

TraDAO is the world's first protocol to offer multi-chain deployment in DeFi 2.0, as well as being Web 3.0 compliant. It is also the world’s inaugural bonding protocol with installment and reputation tracking. TraDAO is protocol owned liquidity (POL), accruing value through Trava Treasury-regulated operations like bonding and auto-compound staking. As a product in the Trava ecosystem, the liquidity controlled by the TRADAO protocol might be put in the Trava Lending Pool to produce extra profit, which will be shared among Trava ecosystem users.

The TRADAO Protocol creates a decentralized reserve currency known as TOD. The TOD token is backed by a plethora of assets in Trava Treasury, ensuring that it does not fall below its initial value of $1. The TOD token will be distributed using the "Mint & Burn" technique, which will be maintained by none other than TraDAO itself. Lastly, when compared to competing initiatives in the DeFi 2.0 arena, TraDAO Protocol provides consumers with a number of distinct advantages such as wallet reputation, multi-chain deployment, a secondary marketplace, and the aforementioned bond installment.

For more information and regular updates, visit the official website as well as the Twitter and Medium channels.