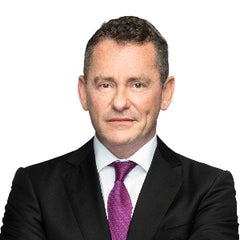 The Five Stages Of Your Business Lifecycle: Which Phase Are You In?

As your business grows and develops, so too do your business aims, objectives, priorities and strategies– and that's why an awareness of what stage of the business life cycle you are currently in can be helpful.

The How-To: Tackling The Emotional Challenges Of Being An Entrepreneur

We are not really doing much to acknowledge how difficult emotions are to manage, and because of this lack of awareness, we take no action that could lead to us having a better level of control over these more complex of emotions.

Simplification: The Entrepreneur's Secret To Success

The two key benefits of simplification: one, it will make your life more enjoyable and pleasant in general; and two, it is key to your business success, because it allows you to focus on getting things done right, as opposed to just getting them done.

Top Startup Opportunities For 2016 And Beyond

There was a time when the thought of launching a startup would be viewed by even the most experienced business minds with an air of caution and trepidation.

Age Is Not A Barrier to Startup Success

Despite the focus on young startup successes, it is the older generation who are leading the way when it comes to owning their own businesses.