How to Use Humor in Marketing

By Geoff Williams
March 12, 2009
This story appears in the April 2009 issue of Entrepreneur. Subscribe » 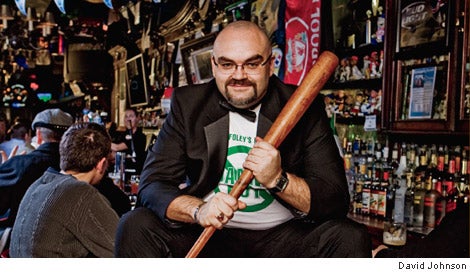 If Shaun Clancy, owner of Foley's NY Pub & Restaurant, ever decides to leave the hospitality business, he could transition into a top marketing job based on how he promoted his business last year. Clancy, 39, created an Irish Baseball Hall of Fame inside his restaurant, which earned about $1 million in sales last year. Some of the memorabilia he displays includes what are believed to be the oldest urinals in New York City and a can of the very bug spray used by the umpires in the 2007 playoff game when insects swarmed Yankee pitcher Joba Chamberlain. But his humorous take on marketing his business made him a local legend when he banned the singing of "Danny Boy" for all of March 2008, especially on St. Patrick's Day, because he said it was one of the most depressing songs ever written.

Newspapers and radio stations worldwide immediately picked up the story, and most impressively, Clancy was singled out and roasted by satirist and late night talk show icon Stephen Colbert. Nice results for a local business.