Don't waste your startup funds on marketing tactics that cost more than they're worth.

By Geoff Williams
September 24, 2009
This story appears in the October 2009 issue of Start Up. 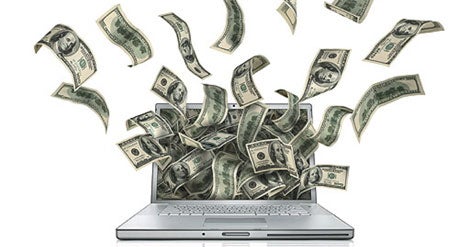 You have to get the word out about your business somehow. That's drilled into every entrepreneur's head from the moment he plans on starting a company. Every business professor will tell you so. Every magazine or book on startups will swear by marketing. Even your grandma knows you have to market your company. And they're all right.

But not every marketing technique is something you should try---especially not yet. Not now. If you're starting a business, think Twitter, not television--or spread the word on Facebook instead of filming a commercial to air on Face the Nation. What your grandmother doesn't know, and your professor may have neglected to mention, is that certain marketing venues can be risky. Forking over a wad of cash to promote the company might seem like the thing to do, but if your return on your investment is next to nothing, it could kill your company. So with that in mind, we've identified several marketing strategies that the greenest of entrepreneurs should hold off on employing--until they have a little more green in their bank account.

Direct Marketing
"I've found that direct marketing is an absolute waste of time and money," says Wendy M. Civale, 33, the owner of Nonna Gisella, a food business that sells spices and side dishes to restaurants in the New York City area and neighboring states.

And while there are plenty of direct-marketing customers out there who would disagree with Civale--some of the best-known companies in the world still employ the tactic--it is a risky investment for the newest entrepreneurs on the block. Shortly after opening in 2005, Civale spent about a month working with an advertising agency, which put together five color mailers, which she sent to 200 specialty food stores. Total cost: $1,000. Money she made back from investment: $0.

"I didn't receive a single bite. No e-mails, no phone calls--it was a total bust," says Civale, who still considers herself a startup but now has three employees and services approximately 20 restaurants and two private country clubs.

True, this is just one story, but her sentiment echoes the feelings of marketing guru Ron McArthur, president of WSI, an international franchise company that provides internet marketing solutions for small and midsized businesses. He confirms that direct mailing is one of the worst things a startup can do. Why? "These tactics come at a very high price and have a very low conversion rate," says McArthur, noting that in many campaigns, your return on investment might be 1 percent.

That was what Risa Barash discovered. "When we first started Fairy Tales Hair Care for Children, a salon-only line of organic products created to deep clean and condition as well as prevent head lice, we spent thousands of dollars on a direct-mail piece bundled with other salon-only products," says Barash, 43, who started her NYC-based company in 1999. "We figured it was going directly to salon owners and was a great way to introduce our unique line."

Still, in 2000, when Barash gave out her corporate credit card number to pay $3,000 to the direct-mail company, "I was sick to my stomach. It was more money than we had spent on anything to date."

She received one phone call, bringing in a $99 sale.

Infomercials
It's easy to see why Kim Overton, 39, sunk $35,000 into an infomercial when she started her company, SPIbelt, almost three years ago. Her Austin, Texas, company's product, the SPIbelt, is a belt with an inner pocket--great if you're, say, jogging and need somewhere to put your keys. Because it's a unique product, Overton felt she needed to educate the public about it.

And so Overton's infomercial went out to the world, and when it was all said and done, it did bring her customers. In fact, she made $350 in sales--unfortunately, that's not a misprint.
Overton was heartbroken.

Today, she has five full-time employees, several contract workers and is making more than a million dollars in sales. Still, that $35,000 could have killed her company. That's why Overton says, "My number one advice to entrepreneurs is, unless you have extra dough to play with and your company has a steady supply of income, do not spend time and energy on advertising. Instead, spend your energy and money on creating a great product that your customers love."

Trade Shows
Some folks will swear by these. It's even agreed that trade shows are often necessary and can take a startup places. But not always. And it's not something you want to do unless you can honestly utter a sentence like, "I can afford to lose $10,000 on a trade show and it won't destroy my business."

Carla Morelli, 38, is president of FreyerMartin, a personal bill-paying service headquartered in Gaithersburg, Maryland, that began in 2003. The concept of hiring a company to pay your bills for you (and argue with the telephone company if it messes something up) is pretty new, and so it's taken some time to get her business off the ground. So in 2007, Morelli decided to exhibit her business at a trade show in Las Vegas.

Huh? Well, here's what happened. Morelli's shipment of materials didn't arrive on time, so she went to a copy center and printed out enough color copies to hold them over until the materials did arrive. Not like it mattered. Their booth location was rotten, and the people she managed to meet weren't interested in listening to Morelli's sales pitch.

"We made what I call my $15,000 mistake," says Morelli, who now has a growing business that's bringing in half a million dollars annually and has five employees.

But the mistake still haunts her. What leads she did gain at the ill-fated trade show, she couldn't afford to follow up on, with her account depleted after Vegas. So true to form, what happened in Vegas, stayed in Vegas. "Today, as we're watching every penny," Morelli says, "I often think of that error."

Search Engine Marketing
Search engine optimization is basically a system that marketers use to make your website easier to find, and search engine marketing is the process of advertising on the internet in a way that increases your site's visibility to customers, such as on Google or Yahoo! Both are often heralded by marketing experts, and we're not saying they aren't important, because they are--particularly for online retail stores. But in the beginning of your startup? Is it necessary to pay an internet marketing firm thousands of dollars to make your website easier to find? Probably not. And in any case, proceed carefully, because even if you're successful at making your site more visible, the profits may remain invisible.

Josh Feinkind, 32, started the Refined Feline in Englewood, New Jersey, in 2005. He wanted to make pet furniture that was functional but also aesthetically pleasing to the owner. He spent about $6,000 over six months on search engine marketing, and as he soon found, more people were looking at his website, but they weren't translating into sales. "I didn't understand my conversion rate, as in how many views it would take to make a sale," Feinkind says. "Apparently, since my products are on the higher end, and not everyone had $300 to spend on cat furniture, my conversion rate was low. A costly lesson learned."

Now, Feinkind focuses his marketing on cat-centric blogs and forming partnerships with shelters, so they raise funds for every sale that comes from one of their sites, and avoids search engine marketing altogether. What's key is to avoid making these mistakes in the first place.

What marketing techniques may yield clients for Business X can be devastating for Business Z. It's easier said than done, of course, but entrepreneurs starting out should try to do enough research before spending their marketing dollars, so you get a free lesson before an advertising experiment--and not an expensive one afterward.

Geoff Williams has been writing for Entrepreneur for about 12 years and has been published in numerous magazines, including Consumer Reports and Entertainment Weekly. He is also the author of C.C. Pyle's Amazing Foot Race: The True Story of the 1928 Coast-to-Coast Run Across America(Rodale).