Many of the inventions that changed our world were useless for a long time. 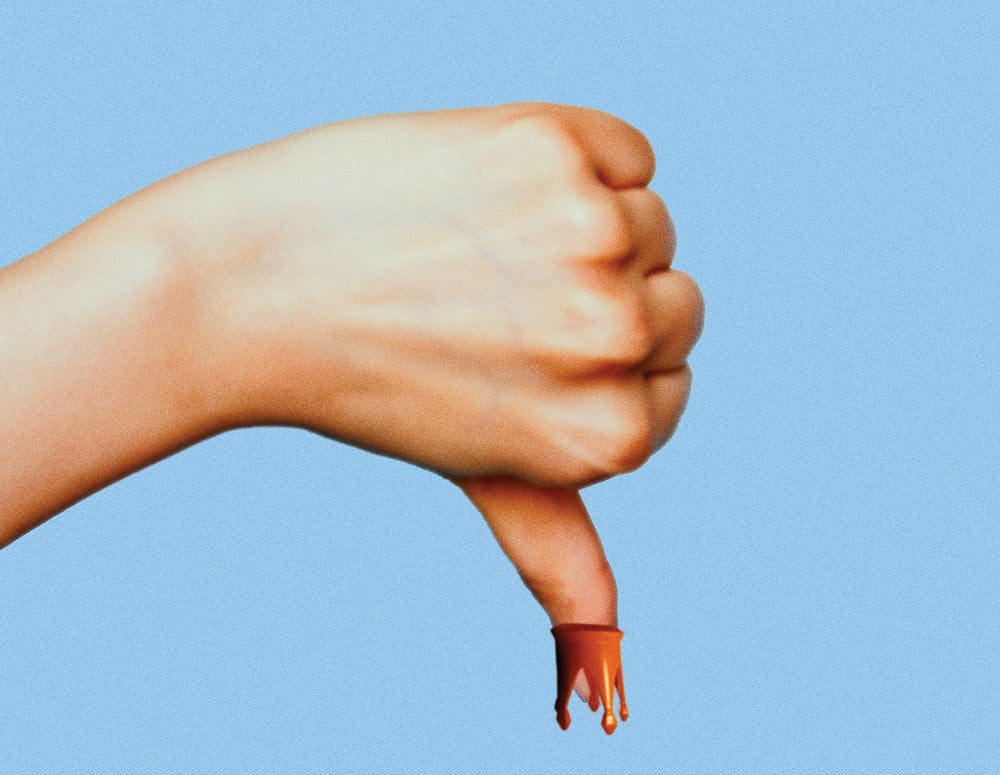 He should know. Krask, who is on the faculty of the Paris-based International School of Management, calls himself "the creativity guide" and works with both artists and entrepreneurs who are stuck on a project. "Entrepreneurs are inherently creative," he says. "You're making something and putting it out in the world."

Related: How to Turn Your Idea Into Success

But still, he says, entrepreneurs should take inspiration from more traditional "creative" types like artists and writers — because these people approach their work very differently. They are willing to tolerate a lot of experimentation…and, dare we say, even uselessness.

Krask explains the value of uselessness.

Entrepreneurs strive to solve people's problems by creating useful new products or services. It's interesting to hear you say that they should think more like artists, whose work, while valuable, doesn't have that same utility.

This is a difference between art and business: Business has quantifiable immediate effects or connections, while the effects of art are indirect, and the artist has very little control over what those effects are. Sometimes I say this just to rattle people's chains, but art is kind of useless. Nobody really needs it. It's not something you need to survive, although you can make the philosophical case that we need art to help us be human.

So what can an entrepreneur learn from uselessness?

There should be room for uselessness. But maybe another way of looking at that is inefficiency — that at some part of the process, the thing you're creating is useless, or it is going to be inefficient. And it is going to take some time to discover what its value is.

That is true — when an entrepreneur sets out to create something new, their initial ideas could be very useless. Then they must refine them, until they eventually have value.

Exactly. Allow the process to be a little messy. Allow the process to find its own form. You know, art in many ways is about venturing into something unknown. Like, you have the blank page or canvas. You have an idea. And then as you start working on it, it becomes something else. You must stay alert and awake to that process. It can be very inefficient.

What uselessness or inefficiency can offer, if you don't quit too soon, is the possibility of discovering the bigger idea. Do you want the small idea — the quick, small idea — or do you want the big, lasting idea that can have a far reach?

Here's an example I like to use from 1856. An 18-year-old named William Henry Perkin lived with his parents and was trying to create a synthesized treatment for malaria. He never found it, but noticed one day that a beautiful purple residue came out of his experiment. He didn't know what it was. But he admired its beauty. He looked at it for a long time. And that became the synthetic agent that, for the very first time, made it possible to mass-produce the color purple. He became a multimillionaire from this very accidental discovery.

So he had the choice of sort of saying, "You know, my experiment didn't work out. It was useless." Or he could say, "What I thought I was doing didn't work. It seems useless, but maybe there's something else here." By being able to stay in that place for a little bit longer than most people normally would, it unlocked a big secret and made him a very wealthy man.

Related: Where Will You Find Your Next Great Idea?

But here's the big challenge for people in that moment: Maybe they'll pursue a useless idea and it'll change the world, or maybe they'll waste years on something that really is completely useless. How can you reconcile that?

We're in a culture that's geared toward knowing, and we're very uncomfortable with not knowing. People get knotted up inside about not knowing and believe something's wrong with them or they're failing. But not knowing is a great place, because then anything's possible. There's all kinds of potential within that, if you can relax.

So I try to get people comfortable in that liminal space, and learning to be curious about it and ask questions about it and notice what's happening. What I find is that they start to understand their own creative process, and their own process of making. Once they lock in and are like, "This is how I do it," that's when things start to happen. They find the answers they already have within them, but just couldn't get to.

Because even if they don't know what they're doing, they're now doing it more intentionally?

Yeah. It's also about giving up the idea that "I have to know the answer from the start." Letting go of that notion is freeing. It opens up more brain space.

It's a balance, of course, because both business and art require planning. You have a budget, you have resources — all of those things are real. But within that, there must be space for not knowing, and improvisation, and just being curious and being able to stay there.

Related: Protecting Your Critical Inventions On A Tight Budget