By Jason Ankeny
July 14, 2015
This story appears in the July 2015 issue of Entrepreneur. Subscribe »

Where others see an empty glass, Dave Arnold sees a blank canvas. Each cocktail Arnold creates at his trendsetting New York City bar, Booker and Dax, is a work of liquid artistry: His Manhattans, martinis and margaritas are shaken and stirred to painterly perfection, revealing new complexities and nuances with each sip.

But a Booker and Dax drink isn't simply a masterpiece of mixology. It's also the product of mad-scientist experimentation. Consider the absinthe-based French Colombian, which contrasts conventional ingredients like simple syrup, lemon juice and grated cinnamon with a most unconventional flourish: a 1,000-degree red-hot poker used to caramelize the sugar. Other weapons in Arnold's arsenal include a centrifuge for separating liquids from solids, a rotary evaporator for low-temperature distillation and a steady supply of liquid nitrogen for precision stemware chilling. 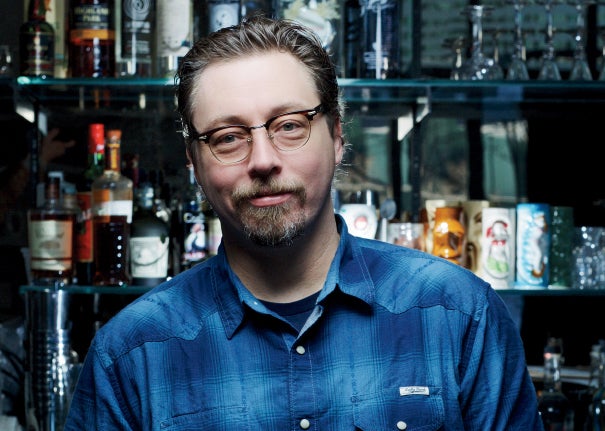 "Our cocktail techniques are not gimmick-driven or presentation-driven," says Arnold, who opened Booker and Dax in 2012. "Everything we do is driven by a desire to make a better and/or different kind of drink."

Booker and Dax is far from the only bar harnessing science to expand the parameters of how cocktails are made and consumed. The ranks include Café ArtScience in Cambridge, Mass., home to Le Whaf, a machine that transforms liquor into fluffy clouds of consumable gas; Washington, D.C.'s Barmini, which leverages an ultrasonic homogenizer that generates sound waves to extract, infuse, emulsify and create barrel-aged flavors; and Chicago's Aviary, whose signature drink In the Rocks injects an Old Fashioned into a ball of ice that patrons crack open using a tiny, slingshot-like device.

"The bar is a natural place for experimentation," says David Edwards, the inventor and Harvard University professor behind Café ArtScience. "People just have more fun at the bar, and the leading edge of creating the food and beverages of tomorrow has to be fun." 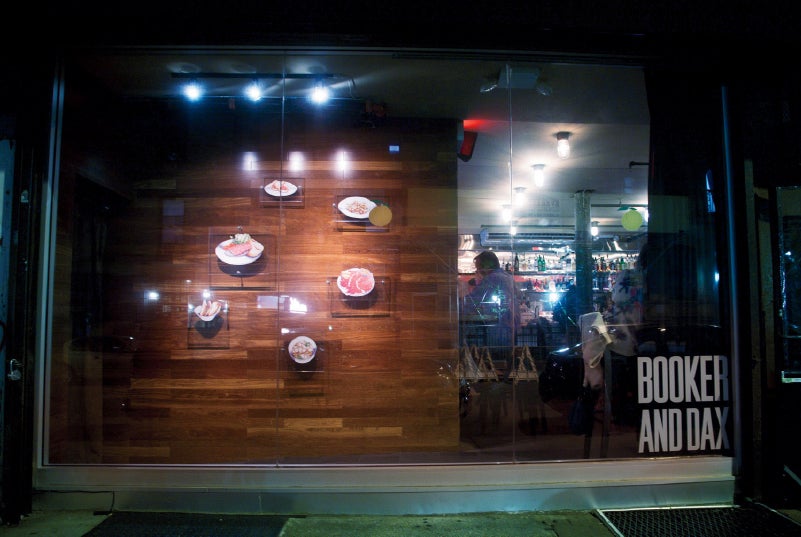 These experiments could also signal a new revenue stream for bars and nightclubs—a segment facing a potentially dark and stormy future. Research firm IBISWorld estimates that the U.S. bar business will generate revenue of $24 billion in 2015, up 1.5 percent year over year, but notes that a growing number of consumers appear content to drink packaged beverages at home instead of going out. IBISWorld expects the in-home consumption trend to gain additional momentum during the second half of the decade; bars will also face mounting competition from nonindustry establishments that serve alcohol, like restaurants.

IBISWorld analyst Andrew Alvarez believes that signature cocktails like the French Colombian and high-tech hardware like Le Whaf could lure drinkers out of the house and back into the barroom light. "The great thing about the cocktails and the cultures these guys are creating is participation. That's wildly important," he says. "Participation brings people out to the bars, because it's an event to see these new techniques and talk to the experts in person." 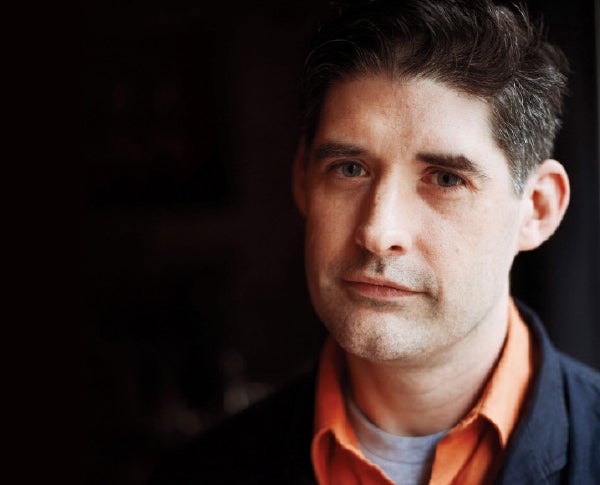 Before the French Colombian, there was The French Culinary Institute. In 2005, the New York City vocational school (now part of the International Culinary Center) hired Arnold—a self-taught food enthusiast and inveterate tinkerer with a bachelor's degree in philosophy from Yale and a master of fine arts in performance sculpture from Columbia—to helm its fledgling culinary technology department, where he instructed students in food science and then-revolutionary kitchen techniques like sous-vide and low-temperature cooking. Around that same time Arnold chartered the nonprofit Museum of Food and Drink, subsequently elevating his profile as the host of the weekly internet radio show Cooking Issues.

When celebrity chef David Chang offered up a bar space in the back of his acclaimed East Village eatery Momofuku Ssäm Bar, Arnold jumped at the opportunity to put his philosophies into practice. "One of the things I'd often hear is, "Yeah, these new techniques are great, but they wouldn't necessarily work in a real commercial environment,'" he recalls. "I wanted to thumb my nose at those people. And I did." 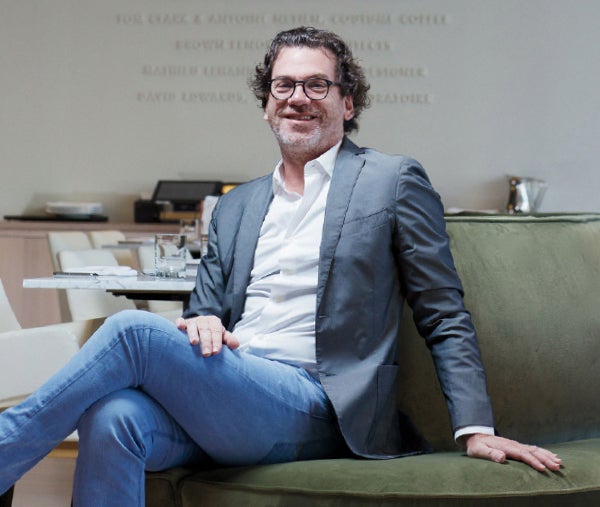 Booker and Dax, named for Arnold's sons, expands on mixology theories he began exploring roughly a decade earlier. His experiments relentlessly probe and dissect every facet of cocktail science, from how liquors intermingle to how ice melts to how the composition of a drink impacts bubble size. For example, Arnold's quest to perfect the venerable gin and tonic resulted in deep-dive research into the principles behind carbonation and clarification; the lessons he learned led to Booker and Dax hallmarks like carbonated bottled cocktails, chilled to Arnold's exacting specifications in the bar's refrigerators and poured into glasses frosted with liquid nitrogen.

"There are a number of reasons why you'd want to bottle a cocktail," Arnold explains. "The sucker's already in a bottle and ready to rock and roll, so it's more efficient. The other thing about bottling cocktails is that they're already diluted beforehand, which means they're always going to be the same and that you can have a house style on a stirred drink that's never going to vary. We uncork the bottle, and people get to pour it themselves. In general the customer likes that as much or more than watching somebody pour a cocktail. You have to add flair so people don't feel cheated." 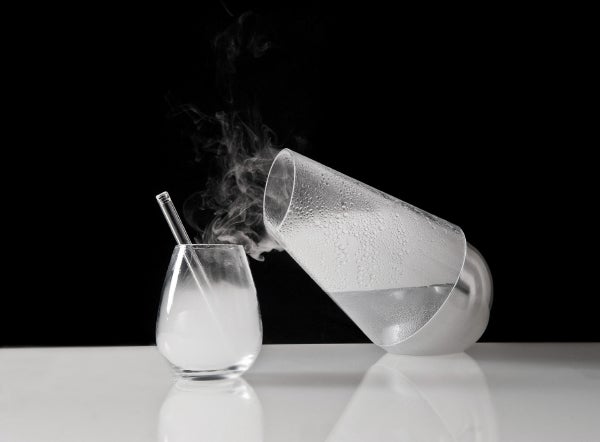 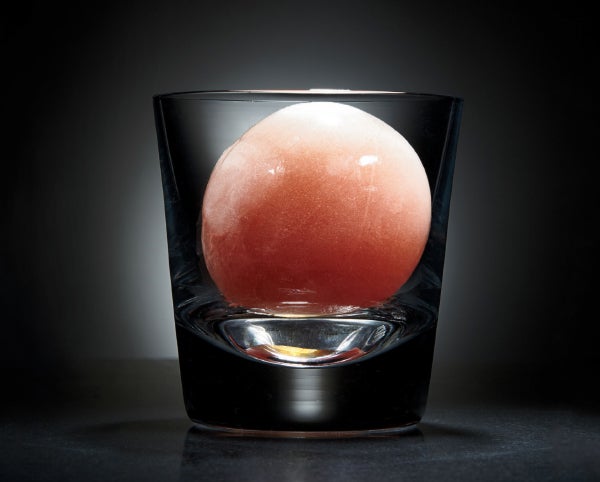 An Old Fashioned in ice: Aviary's In the Rocks.
Image Credit: Phase One Photography

Arnold is now sharing his expertise with the world outside of Booker and Dax. Late last year, he teamed with publisher W. W. Norton & Co. for the James Beard Award-winning Liquid Intelligence: The Art and Science of the Perfect Cocktail, which contains more than 120 of his recipes, as well as detailed instructions on a range of advanced techniques including nitro-muddling (mixing liquid nitrogen with mint, basil or other muddled ingredients to create a powder), infusion and washing.

"Whether you're using techniques I'm interested in or completely classic techniques, it's the same thing: You need to care about what you're doing. Your primary concern needs to be a high-quality experience for your customers," Arnold says. "Most of the things we do at the bar you only need to adopt if you want to make certain styles or classes of drink. But in the future, as these techniques become more common, the question will be "Why wouldn't you want to make that drink?' Once it becomes easier to adopt these new technologies, more and more people will." 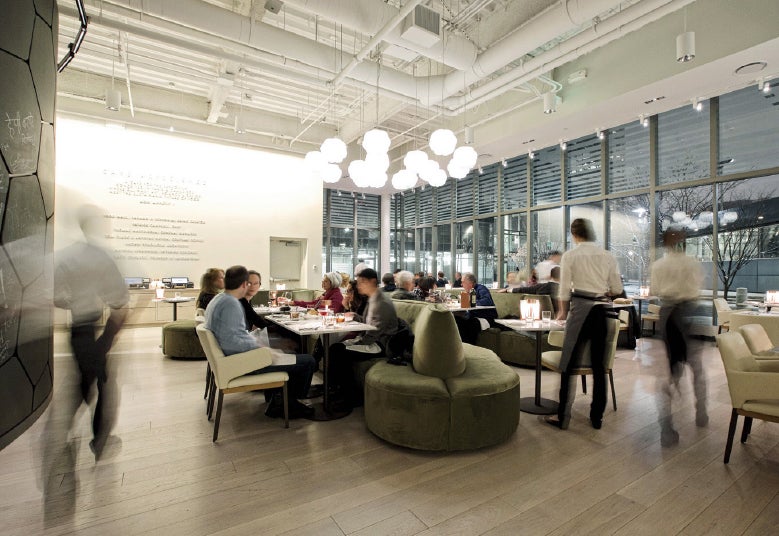 Adopting some of Booker and Dax's philosophies and approaches is one thing; replicating the Café ArtScience formula is another. No other bar in America boasts anything quite like the carafe-like Le Whaf, which turns liquors into an inhalable diaphanous fog.

Le Whaf is the latest in a series of sensory innovations developed by Café ArtScience founder Edwards, who previously created an inhalable chocolate dubbed Le Whif and a "scent message" device called the oPhone. "I had started a company called Pulmatrix. We would do nebulization for drug delivery, and I thought, What would it take to make that a satisfying taste experience?" Edwards says. "The Whif was very important for me in that it seemed the most poetic and the least practical approach, and yet it fascinated people and fascinated me, and my work now in scent delivery was highly influenced by that." 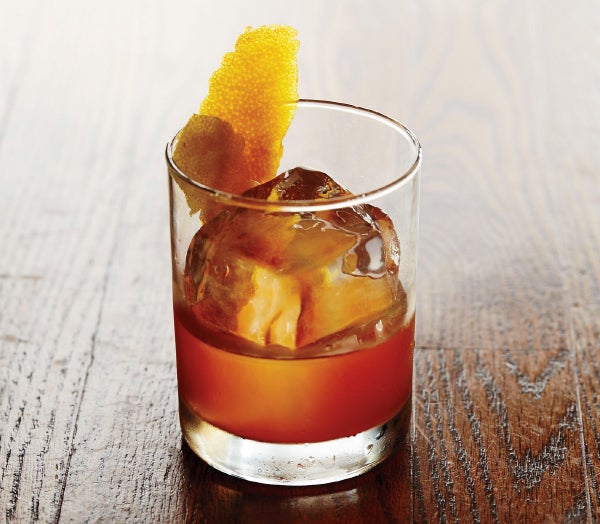 "There's a lot of complacency in bartending," Maul says. "It took me almost two years to make a clarified lime gimlet to the point where I'm like, "This is exactly how it's supposed to be.' I learned that if you spin out lime juice in a centrifuge, there's a very discernible taste difference between lime squeezed 24 hours earlier. If you spin the juice out, it lasts six days. You're using your product more efficiently, and you're making a drink that almost no one else can offer. It's just a better business model."

That kind of operational efficiency and consumer appeal explains why IBISWorld's Alvarez believes the innovations pioneered by Booker and Dax, Café ArtScience and others will become increasingly commonplace in the years ahead. This stuff isn't just badass—it's also a better way of running a bar.

"Not everyone can be Dave Arnold or David Edwards—these guys are quite legitimately trailblazers within the industry—but it's not difficult to set up a carbonation rig in a bar. In fact, companies like SodaStream are making it profoundly easy to do," Alvarez points out. "These are trends that can not only elevate the flavor and quality and the cool factor, but simultaneously lower operating costs and create faster service, because you're offering someone a bottle of a cocktail rather than making it on the spot."

Arnold is eager to see what the next round brings. "There's still so much room in exploring new techniques in cocktails," he says. "Classic cocktails made with standard mixers and the standard back bar are delicious. You don't need to stray from that. But once you want to get into things you can't make with classic techniques, that's when you need to start pulling in newer techniques. This isn't just for people interested in buying expensive equipment. It's something that can work in any bar."