To Boost Tourism and Combat Erosion, This Company Is Installing Artifical Reefs in the Sea

By Margaret Littman
April 28, 2014
This story appears in the May 2014 issue of Entrepreneur. Subscribe »

A band played as The LuLu, a 271-foot retired coastal freighter, sank to the bottom of the Gulf of Mexico. But this wasn't a Titanic moment. The May 2013 event taking place 17 miles offshore was just another workday for Orange Beach, Ala.-based Walter Marine, the country's largest maker of artificial reefs. 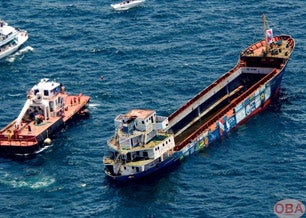 The LuLu being sunk to the bottom of the Gulf of Mexico
Image credit: Walter Marine

Walter Marine has installed more than 35,000 reefs in waters in the U.S., as well as in Saudi Arabia, Mexico and other countries. On coastlines that don't have natural protection from craggy coral and rocks, artificial reefs are a godsend for fisherman, marine biologists and tourism businesses such as snorkeling. The reefs provide habitat and sheltered breeding areas for fish and can also act as wave attenuators, reducing erosion to shorelines.

Level up Your IT Career with Help From This CompTIA Cybersecurity Bundle, on Sale for $39