Paul Graham spills: Why some companies get his cash and others don't

By Jennifer Wang
February 22, 2011
This story appears in the March 2011 issue of Entrepreneur. Subscribe » 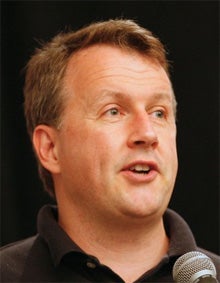 Paul Graham--and the seed-stage venture firm he co-founded, Y Combinator--have been there at the start of all of them. And now Y Combinator is growing, too. In the last two years, the Silicon Valley funding group doubled its number of active startups to 40 and brought in a prominent new partner, Gmail's lead developer (and Xoogler) Paul Buchheit. We asked Graham to give up the goods: How exactly do you spot the next big thing?

What's most essential for a successful startup?
The founders. We've learned in the six years of doing Y Combinator to look at the founders--not the business ideas--because the earlier you invest, the more you're investing in the people. When Bill Gates was starting Microsoft, the idea that he had then involved a small-time microcomputer called the Altair. That didn't seem very promising, so you had to see that this 19-year-old kid was going places.