How Military Veterans Are Finding Success in Small Business

By Gwen Moran
February 20, 2012
This story appears in the February 2012 issue of Entrepreneur. Subscribe »

Robert Dyer was sitting around a campfire with some buddies in late 2007 when they came up with an idea for a business. That may not seem unusual, but the campfire was in Afghanistan, and the buddies were all active-duty members and officers of the U.S. Navy, as well as Marines. Their idea was to develop a nutritional supplement designed for the rigors of war.

"Our missions would last about a week at a time, and if we did get resupplied, it would be five or six days into it, so pretty much the food you had with you--that was it," Dyer says. "But you still need to maintain peak performance; the enemy didn't really care if you didn't get any sleep last night or if you weren't used to the altitude. So pretty much all of us were taking some kind of supplement." 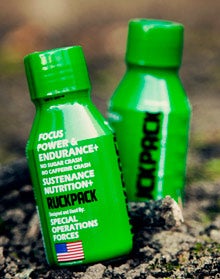 Instead of toting around various products, the group came up with the concept for RuckPack, a single, power-packed nutritional supplement that would serve the needs of soldiers and others whose bodies need extreme sustenance. Dyer, with the blessing of his fellow soldiers--a few of whom remained on as minority partners in the venture--picked up the idea and ran with it, doing as much as he could while on deployment and then gaining more steam when he returned from another deployment in late 2009. He recently earned his master's in financial management at the Naval Postgraduate School in Monterey, Calif.

Veterans like Dyer are at least 45 percent more likely to take the plunge into entrepreneurship than people with no active-duty military experience, according to a May 2011 study from the SBA Office of Advocacy. In 2007 (the latest data available from the U.S. Census Bureau), veterans owned 2.4 million businesses, or 9 percent of all businesses nationwide, generating $1.2 trillion in receipts and employing nearly 5.8 million people. Government agencies, colleges and universities, and even the private sector, have recognized this phenomenon and responded with support, training and business opportunities for veteran entrepreneurs. As he launched his business, Dyer found and used several of the significant financial, mentoring and other resources available to military veterans wishing to transition into entrepreneurship.

The Veteran Advantage
The reasons veterans are more likely to start their own businesses are unsubstantiated by research but often hypothesized. The SBA study found that veterans with 20-plus years of service had higher rates of self-employment, and officers had the highest propensity to become self-employed. This could be because military training develops organizational skills and risk-tolerance, says Thomas J. Leney, executive director for Small and Veteran Business Programs at the U.S. Department of Veterans Affairs. 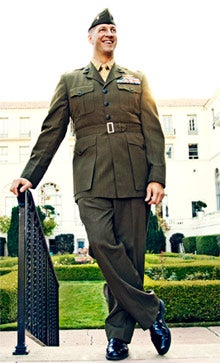 Todd Fisher, a veteran and founder of two successful Yardley, Penn.-based technology companies, agrees. In addition to the training he received in electronics and communication technology as a signals officer in the Army, there were other "very valuable lessons" that help him run MobileMD, which provides software applications for health care, and Intraprise Solutions, a software consulting firm. Fisher says his military training helped him to be comfortable seeking knowledge from people with more experience, even if he is their supervisor. Furthermore, he says, it gave him the skills and confidence to run a high-stakes business--if information doesn't flow freely in health care, people can die--in which he didn't necessarily know all the technical details. The skills ingrained from military training are the main reason he heavily recruits veterans to work for him: Of the first 15 people he hired, nine were vets. Today, his companies employ 66 people, 11 of whom have military experience.

"It's the 'listen with two ears, speak with one mouth' kind of attitude," Fisher says. "People make mistakes, learn from them, adapt and improvise, because things change. These are the core principles that we operate our company with."

The same skills apply to veterans who have been disabled in service. For them, entrepreneurship can be a way of supporting themselves while having the flexibility to manage the challenges of their disabilities. That's the belief of James Michael Haynie, executive director of the Institute for Veterans and Military Families at Syracuse University, which provides a variety of programs to support veteran entrepreneurship. "For example," Haynie says, "it may take [a person] in a wheelchair longer to get ready in the morning, and a lot of employers would find it difficult to accommodate that kind of schedule. Whereas in self-employment, they're their own boss."

Getting Help
Former Marine John Raftery, who served from 1999 to 2003, says he spent half of his military career deployed, then returned with a disability, which he prefers not to discuss. When he left the Marine Corps, he took advantage of GI Bill benefits (which pay for education) to get a degree in accounting. Then he worked at an accounting firm. But, frustrated at feeling passed over for advancement, he began researching franchise opportunities.

Then, Raftery received an unsolicited e-mail about Syracuse University's Entrepreneurship Bootcamp for Veterans with Disabilities (EBV), a free, weeklong intensive training course for disabled vets interested in starting their own businesses. In 2007, after participating in the program, he felt confident enough to launch Patriot Contractors in Waxahachie, Texas. At first, his plan was to focus on property management. However, he saw growing opportunities in construction and began to take on bigger projects, revising his focus.

Today, Raftery employs 22 people and was invited to President Obama's American Jobs Act speech in September 2011 to serve as an example of the potential of veteran entrepreneurship. His firm is certified by the Department of Veterans Affairs as a Service-Disabled Veteran-Owned small business, which makes him eligible for specialized sales opportunities in government contracting and in the private sector.

Syracuse offers a similar boot camp for family members of disabled veterans, training them to start businesses that provide the flexibility to support and care for veterans with significant disabilities, Haynie says.

In addition to EBV, there are a variety of programs available to entrepreneurial veterans. Through the SBA, the Patriot Express Pilot Loan Initiative makes loans of up to $500,000, backed by the administration's maximum guarantee. These are offered to the military community, including family members, for most business purposes. The SBA also administers the Military Reservist Economic Injury Disaster Loan program to provide operating-expense funds to small businesses experiencing hardship when an essential reservist employee is called up to active duty. 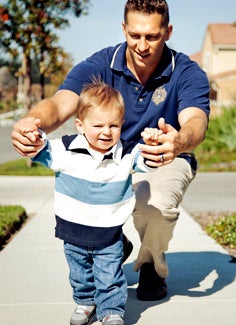 Dyer tapped the Patriot Express loan program to help fund the expansion of RuckPack and parent company Noots Nutrition. He started out by selling a vitamin supplement through his website; now he employs 10 people and has launched a drinkable nutritional shot as his key product. At RuckPacks.com, users can send a box of the shots to service members overseas. Additionally, Dyer has committed to donating 10 percent of profits to various charities.

For aid in launching his business, Dyer consulted his local chapter of the Service Corps of Retired Executives (SCORE), which has a number of experienced entrepreneurs who have military backgrounds. There, he was assigned a SCORE counselor who gave him general business advice. Dyer also sought out online networking forums for veterans, and found the most value in the National Marine Corps Business Network on LinkedIn.

"There's something about veteran-owned business owners helping other veterans," Dyer says. "They're just shirt-off-your-back kind of guys, and they'll take the time to explain, 'You might not want to go down this path.' Or they'll help you avoid the traps in starting a business."

Calling in Reinforcements
Many online resources are available to help veterans launch businesses; some even help family members. Here are several places to start.

SBA: The SBA's website should be your first stop. It's full of information and resources for veterans, and acts as a clearinghouse for other agencies' veteran business programs. The SBA page for the Office of Veterans Business Development includes links to programs throughout various government departments. In addition, the SBA oversees federal procurement and loan programs for veteran-owned small businesses, including Patriot Express and the Military Reservist Economic Injury Disaster Loan program. The Small Business Development Center also offers outreach to veterans.

U.S. Department of Veterans Affairs: This site helps small businesses become certified as veteran-owned or service-disabled veteran-owned. Once certified, the businesses may be eligible for procurement programs and can be found by contracting officers for the Veteran's Administration.

Service Corps of Retired Executives (SCORE): SCORE has specialized programs for veterans to learn how toaccess information and financial and contracting opportunities.