BlogTalkRadio seizes on an overlooked market niche--and a new round of funding.

By Gwen Moran
August 23, 2010
This story appears in the September 2010 issue of Entrepreneur. Subscribe » 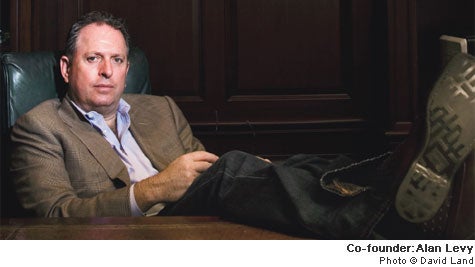 When Alan Levy's father, Maurice, was undergoing treatment for non-Hodgkin's lymphoma in 2006, Alan created a blog for Maurice to document his experiences. Although the younger Levy owned a telecommunications company, he knew little about the world of social media. But as he investigated the blogosphere, he saw opportunity.

"I thought it would be interesting to let bloggers--or really anyone--host their own talk shows using the phone," Levy says.

During the following few months, he and co-founder Bob Charish developed the platform to do just that. In September 2006, BlogTalkRadio, based in Manhattan, was launched with seed money from Levy's own assets. In 2008, the pair started the hunt for funding and landed on The Kraft Group of Foxborough, Mass., which led a $4.6 million round of Series A funding that year. The first influx of cash was used to build the firm's technology platform and to develop the brand. Kraft, among other investors, participated in a Series B funding round of $1.9 million, which closed in March of this year.

Steven T. Schlafman, director of venture investments at Kraft, says the firm looks for a variety of dimensions when considering deals to fund, including their market potential and management team. Although talk radio isn't as big as its musical sibling, Kraft saw BlogTalkRadio's potential for creating a market niche that traditional radio had ignored.

"Our thesis was that terrestrial radio, at some point in time, won't be nearly as powerful as it is today," Schlafman says, noting that as the listening world focuses increasingly on mobile devices--even in their cars, where traditional radio has long ruled--BlogTalkRadio has the opportunity to provide a treasure trove of content.

And that trove is growing. BlogTalkRadio claims more than 7 million combined listeners and archive downloads per month, with 1,300 live broadcasts per day by 10,000 active hosts per month. Anyone can create a bare-bones show at no cost, but premium service subscriptions--which include the ability to edit and replace episodes and receive expanded live call-in features and premium support--are tiered at $39.99 per month and $99.99 per month.

The new round of funding will help the company follow through with some of its recent developments, including the launch of Cinch, which allows users to upload audio, images, video and text in a microblog format. These bursts of creativity can be broadcast via Facebook, Twitter, the company's CinchCast network or other social media, Levy says.

In addition, the firm has developed media-content partnerships with Hachette Book Group, PBS and HarperCollins. BlogTalkRadio's ability to create and syndicate original Internet-based radio stations is something Levy sees as a big part of the company's future.

"We're at the very early stages of this social media revolution. We're a brand in the space with a unique offering," he says. "We have lots of different options, and right now, we are just focused on building out our business and continuing to strengthen the network."