By Colleen DeBaise July 17, 2012
Opinions expressed by Entrepreneur contributors are their own. 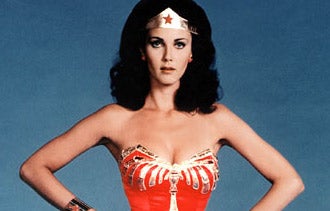 Marissa Mayer is about to enter a whole new territory, with days frought with worry and nights deprived of sleep, yet moments of joy throughout.

Forget Yahoo. She's about to become a parent.

To be sure, more high-profile female entrepreneurs are showing they can start a successful company and a family: notably, Gilt Groupe's Alexis Maybank and Alexandra Wilkis Wilson, Send the Trend's Divya Gugnani and Rent the Runway's Jennifer Fleiss.

Yet there continues to be debate over how much ambitious women should realistically expect to sacrifice their family time for professional success. There's discussion about whether investors should factor in breast-feeding and physical recovery when deciding whether to invest in a female-led company. And, as Princeton University professor Anne-Marie Slaughter recently penned, there's doubt even among women about whether the juggle is really worth it in the first place.

A few weeks ago, I interviewed a startup entrepreneur on the challenges of launching a business -- and having a baby at the same time. While she has a considerably lower profile than Mayer, and significantly fewer resources, her tips might be ones that Mayer herself can use.

Her name is Angela Broyles, a newbie wedding-dress designer who last year found out she was pregnant just as she was debuting her new label, Winifred Bean. She found herself in a predicament: Should she continue down the road of 24/7 entrepreneurship, or stop everything?

Broyles, like 8.3 million women in the U.S., chose entrepreneurship. Today, she has a one-year-old company, and a nine-month-old daughter, Julianne. Does she ever question her decision? "Every day," she told me, especially when she thinks of the comparative ease of a 9-to-5 job. "But then I think about what I'm doing, and I just love what I'm doing so much more."

Like other women, Broyles, who is home-based, say she's managing by following the basics. She got an extra set of hands -- an unpaid marketing intern -- to help her at work. She became meticulously organized, planning her days a week in advance and refining her to-do list every night. And she relies on child care, paying a mother's helper $10 to $15 an hour to watch Julianne one day a week.

As she heads up Yahoo and becomes a mom, Mayer will probably do a similar combination -- albeit with more employees to delegate responsibility to and a small army of nannies. And she will undoubtedly face greater challenges than our fashion designer, not the least of which is running a tech company (and a flailing one at that) in a notoriously male-dominated world. Whether she will encounter bias is nearly certain; how she will handle it remains to be seen.

Mayer herself recently spoke at New York's 92nd St Y on how she prevents burnout (Step No. 1: Watch for signs of resentment). Our readers, hungry for advice on this topic, made this post one of Entrepreneur.com's most popular.

Let's hope as Mayer begins this new juggle, she'll be equally upfront about how she's doing it -- and whether the sacrifices are indeed worth it. I think I speak on behalf of millions of female entrepreneurs when I say: Keep us posted. Share what you've learned. And above all, be honest, even if the truth isn't always easy to hear.