Walk through the streets of Copenhagen’s Nørrebro district and you’ll pass the home of Denmark’s most down-to-earth hipster treat. That would be Grød—“porridge” in Danish—a 12-seat shop that serves $8 bowls of its namesake food: hot mashed oats, spelt or barley, often with milk and a fruit compote mixed in. When lunch or dinner rolls around, the menu changes to $10 to $11 bowls of risotto, Asian-inspired congee and Indian dal.

Founder Lasse Andersen says Grød’s menu demonstrates the breadth of such comfort foods from around the world. “Every culture has a version of porridge,” he says. “With some dishes, they take whatever grains are available, cook them and get all their basic nutrition from them. Porridge isn’t only the Northern European idea of oats. It’s rice in Asia and Italy, quinoa in South America, grits in North America.”

Three years ago, while studying music in London, Andersen began buying to-go cups of porridge at the train station. It was then he decided to bring high-quality porridge to his hometown. Considering the less-than-supportive view of entrepreneurship in Denmark, it was a bold move.

“My parents and friends thought I was crazy to not finish school and become an entrepreneur,” he says. “In Denmark, when you tell someone that you’re self-employed, they immediately assume that you’re not educated, that you didn’t go or couldn’t go to university, and couldn’t find a job. It can be a very difficult place to pursue your passion, since it doesn’t have a good startup culture.”

Undaunted, Andersen used $50,000 from an inheritance to open his first shop in 2011 and has been learning on the job ever since. He muddled his way through Copenhagen’s municipal bureaucracy to obtain permits and found his first suppliers on Google. When he opened, he wasn’t even sure if his tiny shop would be a take-away or eat-in venue.

“I didn’t know what to expect when our customers first walked in,” Andersen says. Patrons quickly embraced the experience of eating hot porridge by sitting down to enjoy it. “It’s crazy; our second shop is even smaller than our first, but we still have seats because people want to sit and eat.” 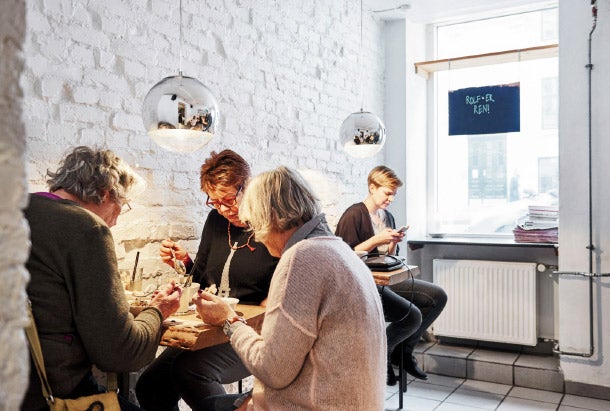 Those shops, plus events, festivals and catering, brought in roughly $800,000 in 2014, but the concept has earned Andersen an even larger reputation around town. He came out with a porridge cookbook and appears regularly on a weekly TV cooking show. In his biggest coup, last year he signed on with 7-Eleven and the largest Dutch supermarket chain, Albert Heijn, to sell $3 to $4 cups of instant porridge.

“7-Eleven began selling it in 200 stores in Denmark, and it’s doing very well. Albert Heijn just started selling it in 600 stores,” he says. “I think, very quickly, the instant porridge could become the most profitable part of the business.”

That isn’t to say that he’ll stop opening Grød storefronts. “The shops are the experience, and the experience is key to the brand,” he says. “The 7-Eleven collaboration came about because the brand was bigger than our shops.”

In February, he opened a third shop in Copenhagen. Ultimately he’d love to set up a New York City location.

“The way I see it, New York has the most people from everywhere passing through. If I can make porridge work there, starting with a small shop with a lot of nerdiness in a cool locals’ neighborhood, I can create a great brand and ideology that will be spread around the world.” 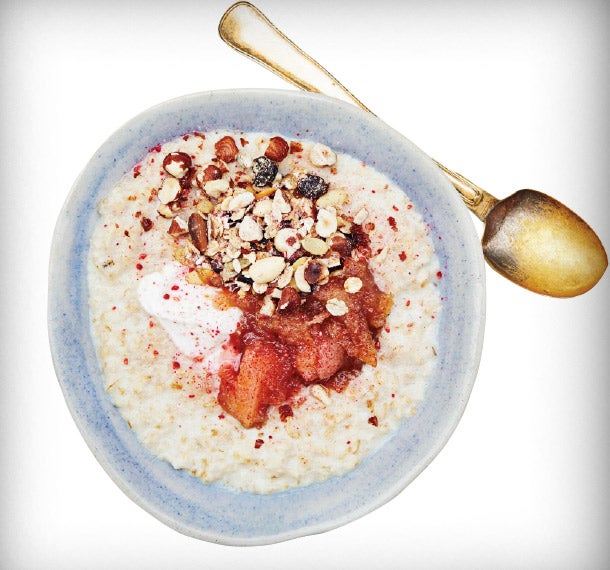 From drab to fab

It takes determination (and a strong mission) to turn an everyday item like mashed oats into a hip brand. Grød’s Lasse Andersen shares how he did it.

Tell your story. Behind every product is a story. Find yours and tell it honestly.

“I love porridge,” Andersen says, “and the energy and passion I have for it is my company’s core value. I communicate that this business is not about the money. It’s about making the world a better place. I honestly believe that’s what I’m doing.”

Andersen’s passion has attracted media attention and created viral buzz. “I’ve spent nothing on marketing or advertising since I opened,” he says. “All our attention has been viral, word-of-mouth.”

Believe in your brand’s value. If you have belief that what you’re selling can make the world a better place, customers will want to pay for it.

“We’re true to our passion over this product, and we don’t do anything that could mess with it, like giveaways, discounts or deals that could cheapen the brand in customers’ eyes,” Andersen says. “We don’t look for ways to increase margins by using cheaper ingredients. Instead, we look for ways to make our porridge more delicious and desirable.”

Recruit people who share your passion.
Though Andersen originally hired trained chefs to work in his shop, he learned that the best employees aren’t necessarily the most experienced. His ideal staffer is someone who is down-to-earth and wants to wow the customer. In return, that employee gets a paycheck and what Andersen calls “the positive energy that comes from doing a good thing. I look for people who want that feedback to work for me.”

Better Fettuccine: How Companies Are Reinventing Pasta For The Low-Carb Era

The Seed of an Idea: How Buckwheat, Hemp, Chia and Flax Are Taking Over

Creating Community and Connectivity Through Food

How New York's Legendary Grimaldi's Pizzeria Adapted to the Crisis