What to Do When Your Funding Vanishes

By Judy Sutton Taylor October 9, 2015
This story appears in the October 2015 issue of Entrepreneur. Subscribe »

Jimmy Odom and his co-founders at WeDeliver, a same-day delivery platform, had a lot going for them when they launched in 2013. The buzzed-about Chicago venture won the local Startup Weekend and quickly grew to provide deliveries for 100 area companies. WeDeliver also launched Locally, a stand-alone app that allowed businesses to sell products online for same-day delivery.

But in June of this year, WeDeliver announced it was being acquired by California-based Deliv, a similar but larger service that crowdsources its drivers. The outcome was in part due to a failed funding round—money the company expected that never quite materialized.

“We always wanted to build a national delivery company, but we just didn’t have the capacity,” Odom says. “Our angel investors believed in us, but angel investors cannot fund a company that should be venture-backed. If you can’t get into the VC world, it’s a chasm where you perish.”

WeDeliver was on the brink of securing Series A funding last year with a Chicago VC, Odom claims, when another local fund made a sizable investment in a similar company elsewhere in the U.S. “We were looking at a $2 million round,” Odom says. “We were practically counting the money, because the meetings were going so well. We met all the partners; they loved our growth, our trajectory, our plans for the future. But when they heard about this other fund, they wanted to know why they chose to invest in another delivery company over one that was right in their own backyard.”

That led to some awkward conversations. “We tried to explain that we were a different model, but the truth is that the news hit us from out of left field. We spent so much time focusing on this one VC and didn’t diversify like we should have,” he says. “It was easier for them to pass and move on to another deal with a company they felt was completely clean.”

Even if the papers are signed and the champagne has been poured, a funded entrepreneur’s balance sheet doesn’t necessarily go from red to black. Checks can fail to materialize for a host of reasons.

Virginia Barnett, co-founder and CEO of Gr8Code, which offered coding boot camps in Florida, says a lack of due diligence before partnering with an investor led to the demise of her business. She’s suing Steven Brickner, his investment fund and her former co-founders, claiming improper transfer of assets and failure to carry out their duties to the company.

In the suit, filed in January in Florida, Barnett claims that Brickner failed to provide $100,000 in seed money—part of $5.4 million in promised venture capital—and ousted her from management. A joint press release about the partnership went out in advance of the deal being finalized, a move Barnett says was “too soon.”

(Brickner calls Barnett’s claims “hogwash,” saying the “promise of $100,000 was derived from her saying she had students, but she did not.” He claims Barnett issued the press release early because she “wanted to make a big splash.”)

“This all probably could have been avoided,” Barnett admits. “But I got so enamored by the numbers. I was worried that if I didn’t act fast, I would lose the deal.” She’s back to being the sole owner of Gr8Code, but for now, it’s just a name. “I’m not afraid to say I made a mistake. I’m seeking out a lot of mentoring.”

Pitch while the iron is hot

During its brief history, WeDeliver learned some lessons about pitching investors. Odom and his partners took a break midway through their first funding round to build the app, sensing that potential investors wanted to see something tangible.

“While our heads were down, the lead investor took his money and invested in something else, so our other potential investors lost interest. It was a good lesson that the market wasn’t waiting for us,” Odom says. “You have to be completely prepared to raise capital as soon as you open your mouth to talk about it. That’s when the clock starts, and the longer it runs, the less chance you have of making a deal.”

Odom’s team was devastated by the setback, but they didn’t quit. Instead, they undertook a crash course in raising capital—reading books, watching videos and talking to anyone who could help. 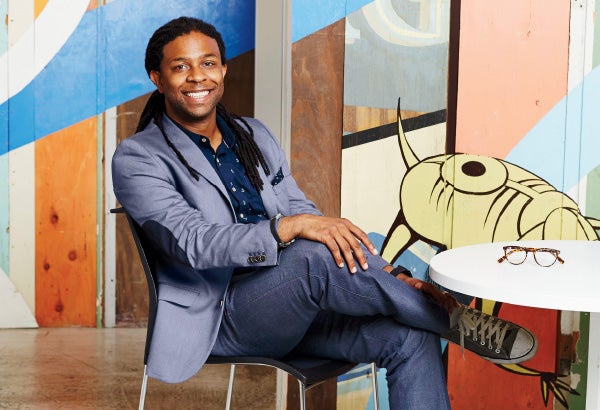 They set out to raise $250,000 in a seed round and brought in $800,000, including $25,000 from an angel investor Odom knew from his days working at Apple stores. While the round was encouraging, a subsequent Series A attempt crumbled, and even an additional $425,000 garnered from angel investors wasn’t enough to put WeDeliver on the national stage.

“We had to be honest with ourselves,” Odom says. “We realized that owning the Chicago market would be our best chance at success. We took what we’re great at and combined it with what Deliv is great at. It’s a perfect fit. You have to be willing to adjust to the changes that happen along the way.”

Chris Sloan, chair of the emerging companies group at Nashville, Tenn., law firm Baker Donelson, urges startups to perform rigorous due diligence on potential investors. Sloan has seen VCs without money in their funds who show interest in leading a round simply because it might be a good PR move.

“Don’t be afraid to ask if an investor actually has an active fund,” he says. “Often, VCs have capital deployed and don’t have any money to invest at the moment. The ethical ones in those scenarios won’t purport to lead a deal; they’ll be transparent about it.”

Still, not all VCs are immediately forthcoming with the information. “VCs don’t like to say no,” says Ralph “Buddy” Arnheim, firmwide chair of emerging companies and venture capital practice at Perkins Coie in Palo Alto, Calif. “They like to keep their options open. It can be difficult to determine fundability until you’re deep in the process. But don’t shy away from asking the delicate questions. The old-school investors may not like it, but the new generation of venture capitalists are attuned to the fact that the entrepreneur is their customer.”

As part of the research process, it helps to ask other entrepreneurs about their experience with the investors before getting to a terms sheet. “Talk to advisors, incubators, anyone who might have worked with them in a similar capacity,” Sloan says. “If there’s an issue, it will come to the surface.”

However, he adds, it’s harder to do due diligence on an angel investor. “You don’t have much more than reputation and basic research to fall back on. In that case, use the law of common sense. If your investor claims to be a credible investor but is living in a van down by the river, you need to ask questions.”

And if an investor is offended by basic questions, consider that a red flag, Sloan says. “Do the same screening you would if you were hiring someone. It should actually be a good sign to potential investors that their money will be placed in thoughtful hands.”

Have a Plan B

“This is an emotional process, but you’ve got to try to take the emotion and hand-wringing out of the equation,” says Adam Robinson, co-founder and CEO of Hireology, a hiring-management platform in Chicago that in 2014 raised $10 million in Series B funding from Bain Capital Ventures. “Before we started that funding round, we decided what our threshold was for accepting offers, and what we’d do in the event that nothing acceptable materialized. Knowing we had a Plan B helped us better negotiate. There were offers that were below that threshold, and we were tempted, but we stuck to our guns and got some investors to reconsider. We went in with confidence that a plan was in place—even if it was something we weren’t crazy about—as an alternative to the death of the company.”

You may think the hard part is over once you’re drawing up terms with investors, but don’t get ahead of yourself, cautions Howard Tullman, CEO of 1871, a not-for-profit incubator for tech startups, and a general managing partner for early-stage investment firm G2T3V, both in Chicago. “There’s nothing you can put in a document to protect yourself from someone reneging,” he points out. “There’s no cure for bad faith or cold feet.”

But there are things you can do to instill confidence in your investors as well as protect your business. “The most important thing is to have an experienced, early-stage-investment-deal lawyer on your side,” Baker Donelson’s Sloan says. “You want someone with expertise in this specific area, just like you’d want a brain surgeon vs. a general practitioner to treat an aneurysm. You’re playing checkers, and your potential investors are playing chess. There are a lot of parts and pieces to a terms sheet, and it’s essential to know which things are important now and down the road, as well as what’s not important and what’s up for negotiation.”

While most investors work from a template with a set of model documents that cover the same set of topics, it’s important to have someone who can spot anything unusual, Sloan explains. “If the terms are wildly out of line with market trends, you should immediately be concerned about this investor. They either don’t know what they’re doing or they’re not getting good advice.”

Anti-dilution rights can also raise concerns. There are two ways to protect investors from dilution resulting from later issues of stock at a lower price than what the investor originally paid. The most common—and entrepreneur-friendly—approach is with a weighted average, which gives consideration to total shares outstanding as compared to the shares held by the original investor. Alternatively, a full ratchet gives the investor rights to the number of shares of common stock as if he or she had paid the current round’s lower price (like a do-over).

“Full-ratchet is draconian, and something that immediately puts my radar up,” Sloan says. “It might be OK in a deal with a company that’s circling the drain, but it’s something I normally suggest changing. If there’s pushback, that’s when it’s time to have a conversation with the business owners about whether this investor is a good fit.”

Even though term sheets are nonbinding, there is moral authority behind them, Sloan notes. “Most professional investors won’t walk away from a term sheet unless there’s a really good reason, like something significant turning up during their due diligence on your company.”

Still, wait until the money’s in your bank account before going public with press releases. Sloan recalls a client who signed a term sheet with an investor, who in turn asked the entrepreneur to write him a check to cover expenses before he turned over his money. “It was like the Nigerian email scam,” says Sloan, noting that the investor never came through with his money and was ultimately indicted for embezzlement.

“Getting into the mode of spreading news about investors too early is sometimes the result of wishful thinking, and that can get you into trouble and make it harder to attract future investors,” 1871’s Tullman adds. “Wait until the check is signed, sealed and delivered.”