Having cut his teeth in the traditional winemaking world of picturesque estates run by stodgy, old-guard oenophiles in New Zealand and Australia, Ben Parsons saw an industry that “was stale and needed a kick in the ass.”

Now the Infinite Monkey Theorem (IMT), Parsons’ 8-year-old winemaking venture -- based in an industrial stretch of Denver, of all places -- is kicking butt with a business model he calls “back-alley winemaking.” In short, he’s delivering top-shelf wine to the masses in a number of ways, including 250-milliliter cans sold in four-packs. His inspiration: the beer world’s microbrew revolution. “The craft brewing industry has kind of nailed it,” he says. 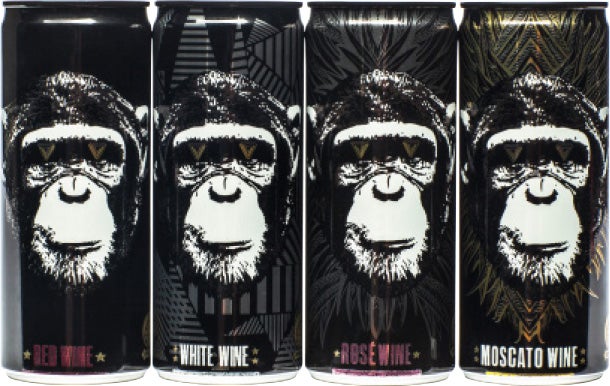 For Parsons, a product of the respected oenology program at the University of Adelaide in Australia, it’s about bringing wine to a wide audience rather than adhering to the staid romantic vision for how wine should be made and dispensed. “You can make wine anywhere,” he says. “You don’t need to have a winery next to a vineyard, tucked away in some exotic place. So I thought, Why not put a winery in the city where 85 percent of the population lives, and where you can become part of the city’s culture?”

Parsons’ commitment to sourcing local fruit for his wines means that those produced for kegs and bottles at his 15,000-square-foot facility in Denver are made largely from grapes grown on the western slope of Colorado. His newly opened Austin, Texas, winery and tasting room leans heavily on Texas’s winegrowing region, where, he says, high temperatures, among other factors, result in a “strange chemistry” that makes it a challenge to produce good wines.

But Parsons and IMT thrive on strange chemistry. Last year Parsons’ concept jumped from odd experiment to bona fide cultural movement: The company’s sales of canned merlot, Moscato, rosé and white-blend wines increased from 180,000 cans to a projected 1.5 million this year. Now Parsons says he’s looking to leave the monkey’s footprint in other cities where people prefer their wine without the pretense.

Read about more unconvenal decisions that paid off here.

Apply Incremental Innovation to Cope With the Crisis

11 Beloved Inventions That Were Almost Canceled