Actor Terry Crews Talks About the Exhilarating Terror of Entrepreneurship

It goes without saying that we’re past the point where we should be surprised by anything Terry Crews does. The former NFL player and current actor (Brooklyn Nine-Nine), author and rising cultural icon is now in the design business -- both as a patron and an acclaimed furniture designer. In the process, he has learned a lot about the nature of creativity, the art of managing creative people and the exhilarating terror of entrepreneurship.

How’d you wind up in the furniture business, Terry?

It’s amazing what happens when you just go for things. I have a friend who studied design. Ini Archibong. We would always bump into each other in Pasadena and talk art, talk design, the whole thing. And then we fell out of contact -- I went my way, and he went his. But once I started getting a little more success as an actor, I started thinking about doing some more things artistically. I found him through LinkedIn, to see what he was up to. He was getting his master’s in luxury in Basel, Switzerland. I said, “I’ve never been to Switzerland. I’m going to come out and meet you.” And I was so impressed. I said, “Look, man, whatever you want to do, I’m going to fund it. I have a budget. Whatever you want to do within this budget, let’s do it.”

I spent a ton of money. [laughs] I actually ended up spending three times what the budget was. But we took it to [legendary furniture fair Salone del Mobile in] Milan, and it was a hit. My wife the whole time was like, “What are you doing?” But for me, I just couldn’t stop. I have to see this all the way through. I just don’t care. I was so happy to help this guy.

How’d you get from there to designing your own stuff?

I went to New York for all the furniture festivals. I was looking for new designers, and I bumped into the president of Bernhardt Design at a function at MoMA, and he was in Milan and saw what I had done with this guy. He said, “Terry, I want to do something with you.” In my mind I was like, OK, let’s find another designer. He was like, “No. I did my homework. I know you are an artist, and I want you to come up with your own designs.” And I just said yes. I didn’t have time to think it over.

Why do you think they wanted you for this?

What I realized was that they were looking for something they hadn’t seen before. People who were in that world tended to do what everyone else was doing. Whereas I didn’t have that. I literally was coming off the blank page, in the blank space.

Still, this was your first try. When you gave them your sketches, were you freaked out at all?

I knew some of them were gonna suck. I did. I knew the sofa I designed to look like an elephant was going to look ridiculous. [laughs] But I presented it anyway. See, because it may be ridiculous to me, but it may not be ridiculous to them. I realized that you have to have the courage to look bad. If it sucks, that’s OK.

That was my whole thing. The good thing, too, is that I’m older. I’ll be 50 next year. I don’t really give a damn. I’ll be honest with you; I just don’t care. I realized a long time ago that I’d rather live with disappointment than regret.

How’d the line do once you got it to market?

It’s doing amazing, man. My sofa got the award for best sofa at [industry showcase] NeoCon in Chicago. I’m actually working on my second collection right now. And this is a world I’m never leaving. It’s so satisfying, because it doesn’t have anything to do with Hollywood. It’s mine. It’s like every piece I make is my own production. It’s my own movie.

Related: 4 Tips for Success From a Multi-Millionaire Serial Entrepreneur 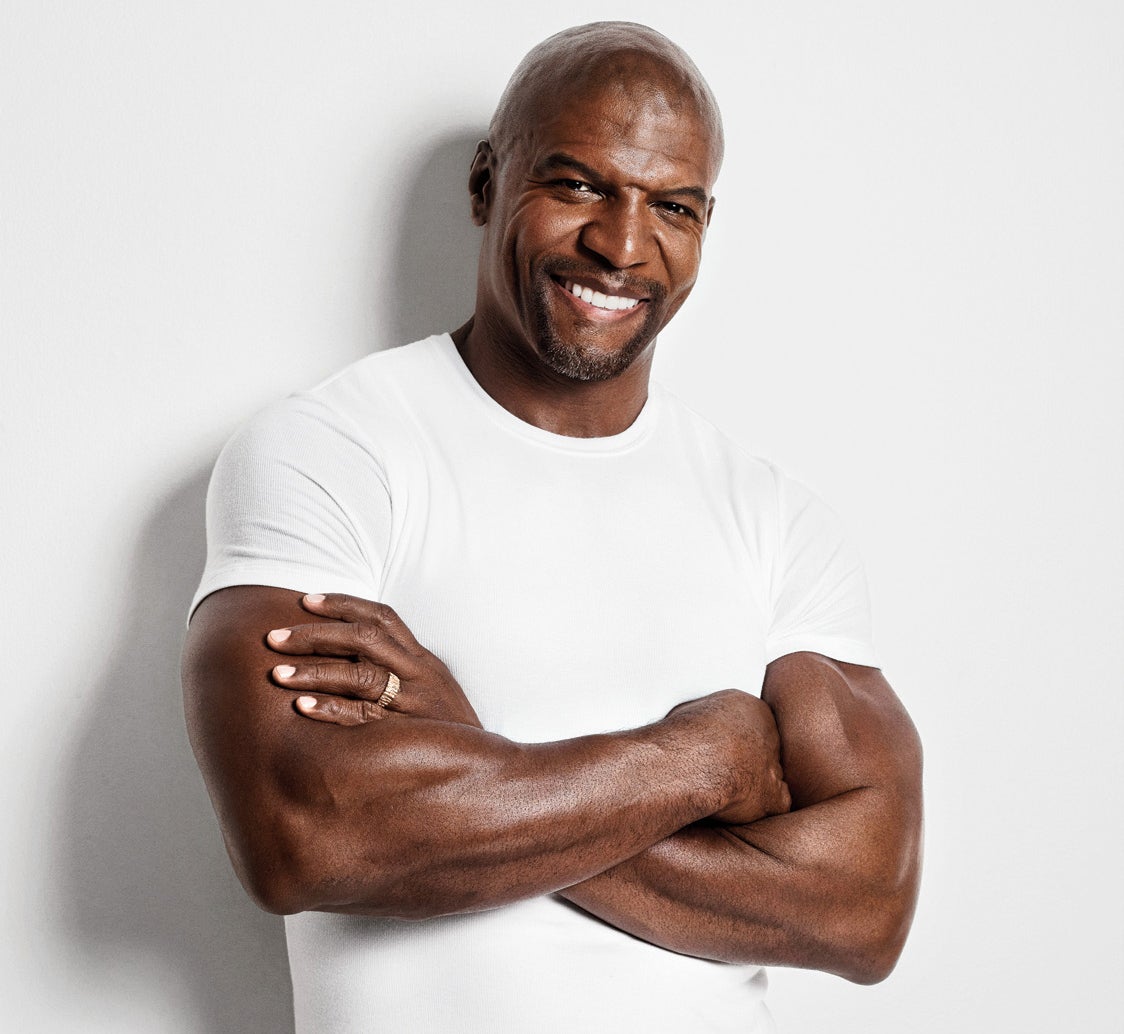 You also run your own firm, Amen & Amen, which patronizes young artists. What have you learned about managing creative people?

You have to create the boundaries. I tell people all the time: Life has no limits, but it should have plenty of boundaries. [laughs] With artists, it’s like trees. You have to let them grow, and then you have to prune, and then it becomes a beautifully shaped tree. But a lot of times artists just want to go wild, and all of a sudden you’re like, “Oh my God, you’re into the power lines -- you’re damaging things!”

But how do you prune without seeming adversarial?

The first thing to do is always talk about what’s right. Always. Because they’re already crushed about anything you don’t like. And I never talk as if I know what I’m doing, because we’re all figuring it out. Where I see creativity killed, even with a director or a boss, is when someone acts as if they know everything. Then it’s done, man. It’s fried. That’s how people get burned out. You’re the boss, and everybody’s waiting on you to tell them what to do. You’re micromanaging yourself right out of business.

So you’ve got to listen to everyone.

You got to listen to everyone. You have to respect every person that comes into your employ. I’ve had assistants who didn’t work out. But when I let them go, we had a talk. I said, “Look, you’re not going to work for me anymore. Please tell me off. If you ever had a problem with me about anything, tell me, so I can learn.” I beg people: “Please be honest with me.”

That’s amazing. Have people surprised you with what they said?

What surprised me was they were usually telling me it was another person that got in the way, and I was like, Whoa: That’s where my problem was. There was another person in the circle who was making this thing fall apart. And I didn’t know that. I was just oblivious.

How did that change your approach?

I ask a lot of questions, about everybody. Because I don’t want to have this conference after you’re let go. And it’s funny, now my team is extra, extra tight because we continuously have these conversations. People feel honest and are close. And I tell everyone: “You will never, ever get fired for telling me the truth about me.” I do not want yes-men.

That’s pretty unusual for a guy with your day job.

If you ever see me in Hollywood doing my thing, I have no entourage. I’m alone. I go to the grocery store by myself, all the time, because you can start to lose touch, you can start to feel like I’m too good for that. And you’re not hurting anybody but you.

You stop being human if you live in that sort of bubble.

You do. And my deal is you have to remain vulnerable. A certain measure of vulnerability is necessary to be a part of any company, and especially to be a boss. Because it’s your deal, right? Being a boss means you take the hits. It means you are responsible.

You’re doing a ton of stuff right now. What’s the hardest part of your life?

It’s that I don’t know. You want to know how everything’s gonna turn out, and you want to feel some measure of security. That’s the toughest part. Things might fall apart. I don’t know where I’m going to be working next year. I don’t know what the future holds. But every entrepreneur has that. You face the fact that things may not work out. And you go anyway.

Do you have a strategy for coping with that uncertainty?

I go back through my life, and I look at all the times I felt that way, and I look at how it turned out. And I go, Wow, you know what? It didn’t fall apart. I actually got better, and I got bigger, and I learned this and I learned that. And that’s the deal: When you take those shots, you take those chances. And things are going to work out as long as you give everything you’ve got, and you really take action, and you don’t leave anything to chance.

Related: From Broke to Millionaire: 4 Lessons a Serial Entrepreneur Can Teach Us

I’ve been working job to job since 1991. I was playing football. Getting cut, getting picked up again, getting cut, getting picked up again. Then I start a little acting: a job here, a job there. I’ve never known what I’m going to be doing in the next year -- since 1991. But I always trust that if I just stay liquid and be open, I’ll be ready to move. A lot of people have rejected the future. I’m always like, “Try it. Do it.” That’s the deal, man. I like to take those chances. I love the risk involved, because that’s where the rewards are. Nobody’s secure, dude. It’s all an illusion anyway, right?

5 Lessons for Entrepreneurs from 'The 40 Rules of Love'

Free Webinar | March 29: How to Increase Sales, Revenue, and Profits Without Spending Any Money

Do not let anything stop you

8 Soft Skills That Make You an Even Better Leader