The chef, TV star, vintner and entrepreneur has a secret to being in a million places at once.
Next Article

This story appears in the October 2018 issue of Entrepreneur. Subscribe »

"Have a great relationship with your attorney before you need to,” says Guy Fieri. “And with your accountant -- don’t wait till you’re sitting in the middle of all kinds of questions to try to understand how your accounting system works.”

This isn’t how Fieri talks on Diners, Drive-Ins and Dives, or any other of his Emmy-winning TV shows. You won’t hear him like this if, on some lucky night, you happen to catch him at one of his more than 60 restaurants (he does pop in!), dishing out the most bewitching condiment to ever grace a sandwich, his signature Donkey Sauce. But Fieri didn’t become a celebrity chef superstar phenomenon -- a career that now also includes running a winery and authoring a shelf-load of best-selling books -- on tattoos and personality alone. He did it because he’s equally a nuts-and-bolts entrepreneur, and because he has a great relationship with his attorney and his accountant. “Fortunately,” he says, “I haven’t had my ass handed to me, because I’ve been pretty good about looking ahead.”

Related: Getting Clarity on Your Big-Picture Vision

Looking ahead. To understand how a man can cook a bacon mac ’n’ cheeseburger in Vegas, host a TV show at a diner in the middle of Iowa and sample his latest vintage in Sonoma at what seems like the same time, it’s important to understand what “looking ahead” means to him. It doesn’t mean just big picture. It means tomorrow.

“We have a system inside my company, Knuckle Sandwich, that generates tomorrow’s agenda by 5 o’clock the night before. We call it ‘the Lock,’ and it outlines all details of the day coming forward.” It’s the Herculean task of Fieri’s assistant to, as he describes it, “capture all the butterflies” and generate this hyperdetailed agenda. It’s obsessive on the minutiae, down to, say, the name and phone number of the driver taking Fieri to his photo shoot for this magazine. It puts everyone in the company on the same page and avoids wasting a busy person’s most precious commodity: time.

“This way, my staff knows not to call me at 2:30 in the afternoon, because they know I’m in a high-pressure interview with the badass from Entrepreneur magazine!” he says, laughing.

The Lock isn’t just about scheduling. To him, it’s also about creating trust. When everyone knows what’s going on, he feels comfortable that they’re executing his vision.

Related: Work-Life Balance Is Simple. To Succeed at Work, Get a Life.

Fieri’s philosophy on running a giant company goes back to what he learned in restaurants as a chef. There, everything relies upon the strength of a team. “It’s the collective energy of all the people that get the food on the plate, the plate to the table and the money to the register,” he says. “There are a lot of people along that chain, and all it takes is one rude server or one dirty plate or one slow cook to break it and you’ve got yourself a disaster. Not only have you lost the sale, you’ve lost all those future sales.” 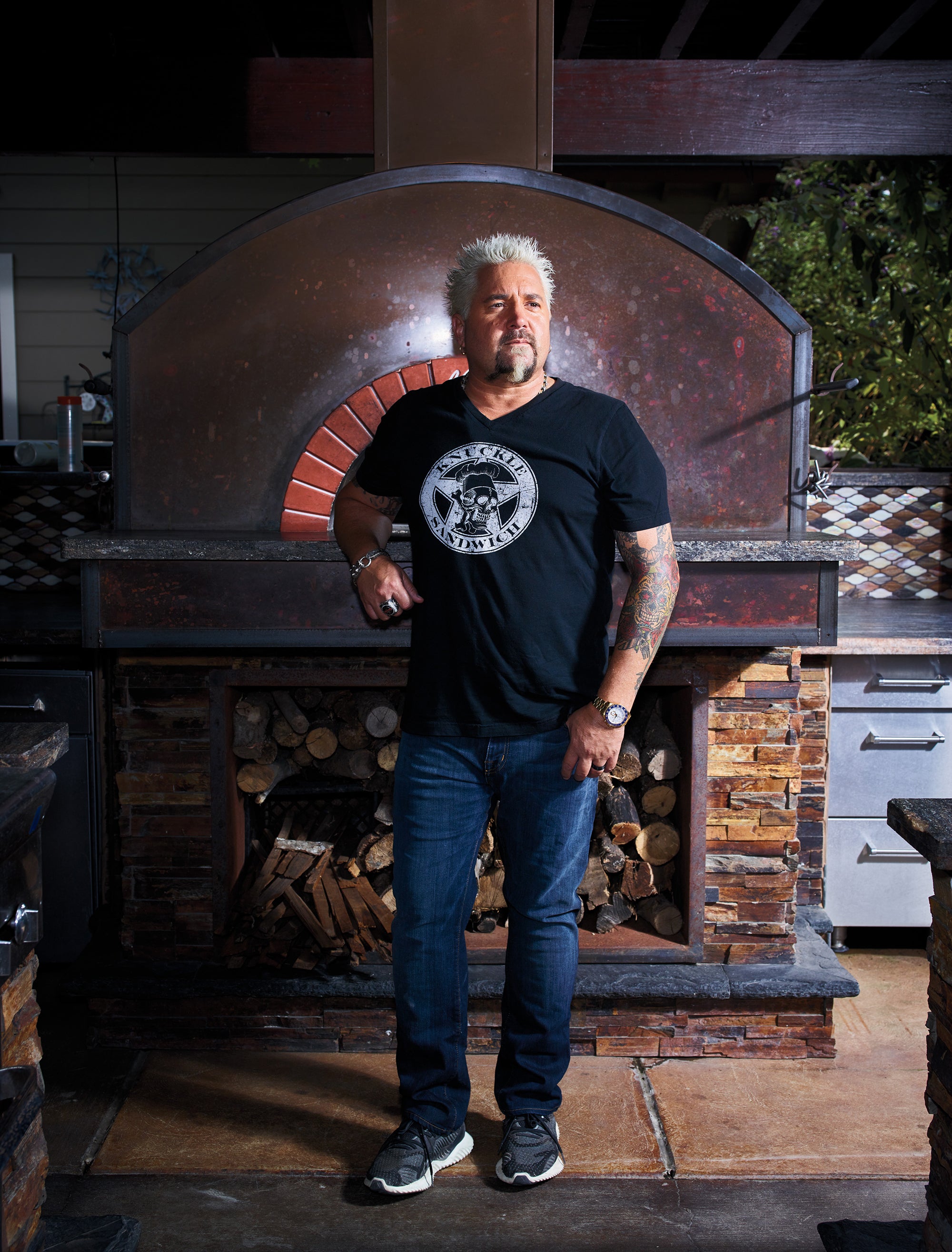 How do you ensure there are no weak links? By making certain each link understands exactly where it is in the chain. The Lock sets that tone. Everyone knows where everyone is, and when. But Fieri goes beyond that. He wants his staff to be in on the details, right down to the restaurant managers seeing the P&L statements. That way, he says, they can know it all: “This is where we win -- we got a lot of money coming in. This is where we lose -- somebody is leaving the air conditioning on overnight. Education and information are critical. You educate them, you empower them and then you set them free to go do their job. And that’s a lot of trust -- that’s somebody else packing your parachute!”

By aligning his troops, he can also win the war for attention that’s raging inside his own head. When a leader juggles as many things as Fieri does, it’s dangerously easy to forget the importance of just putting it all down for a minute. “You need to have ‘you’ time. If it’s always work-work-work and always family-family-family, you become so two-dimensional,” he says. “And if one of those things gets rattled, then you really get rattled. Having some good personal time makes a big difference in keeping your head clear. And get enough sleep!”

Everyone around him has learned to respect that; he said he leans a lot on his parents, his wife and his kids to help him keep his head together. They know, for example, that before he does something that requires his attention, he’s working to clear out the other thoughts. He’s not checking his email before filming something, and he’s not getting random updates. He’s calm. Focused. Letting the team he trusts handle what comes. “I ask my wife to make sure that if it’s not something that’s going to make me smile, wait to tell me stuff,” he says. “A sprinkler head broke off and squirted water for the past 10 hours? We can deal with that when I get home; I don’t need to know about it in the middle of Grocery Games.”

Although sometimes he doesn’t exactly spend that personal time alone. This past summer, while vacationing with his family at Disney World to celebrate the opening of his new concept in the park, Chicken Guy, a wildfire began ravaging his native Northern California. He hopped on a plane back home, and then, along with his son, drove up to Redding and helped feed more than 20,000 people. “People were volunteering to help us who’d just lost their homes,” he says. “They’d say, ‘I have nowhere to go. I can’t just sit in a shelter. I want to help.’ What can you say to that besides ‘Grab an apron’?” This wasn’t work, and it wasn’t exactly family time. It was just time to do what felt right -- a mental state as important as anything else.

Ultimately, Fieri says, that’s the key to running a business like his: It’s about balance. He relies on his team, his team relies upon him and they adjust and accommodate as they go. “If I start thinking about seven million things going on all at once, I’m running at 9,000 rpm, at nine and a half! And no race is going to be won running at nine and a half the whole time,” he says. “I’ll do it when it has to happen, but otherwise, I keep it right inside that sweet spot between 3,000 and 7,000, and I can run like that all day.”

And that leaves plenty of energy left to talk to his attorney and his accountant.