ContextLogic Can’t Evade Problems Stemming From Its Reliance on China

InvestorPlace - Stock Market News, Stock Advice & Trading Tips ContextLogic is “right-sizing,” but that can only address operational costs, leaving a huge problem for WISH stock in its reliance...

By Louis Navellier and the InvestorPlace Research Staff March 8, 2022
This story originally appeared on InvestorPlace

ContextLogic (NASDAQ:WISH) is a company that exemplifies everything that seemed possible with e-commerce over the past decade. It also exemplifies everything that can go wrong. The company seemingly came out of nowhere to become the third-largest e-commerce operation in the U.S., largely through selling cheap, Chinese knock-off products. WISH stock started publicly trading during the pandemic, when online shopping was surging. 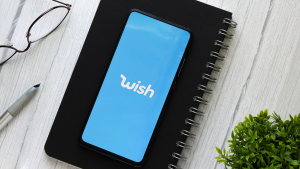 After peaking in January 2021, shares have been in free fall. As consumers turn against it and headwinds grow stronger, ContextLogic is in serious decline.

With WISH stock now down over 93% from its January 2021 peak, there is a case to be made for adding shares to your portfolio. After all, they are dirt cheap. The company seems to think it can turn things around. And with current economic conditions — namely inflation and rising interest rates — consumers could soon be on the hunt for cheap goods again.

Unfortunately, I don't see this Portfolio Grader "F" rated stock staging a meaningful comeback any time soon, let alone transforming into a long-term growth stock. The company is simply too reliant on China.

WISH stock had been publicly traded for little over a month before it peaked at $30.07 in January 2020. It has been in decline ever since. For an idea of how bad the company's situation has become, let's take a look back to last week when ContextLogic reported its fourth quarter numbers.

For an online retailer, the holiday quarter is the big one. That's when people are shopping for gifts. If there was going to be a sign of hope that ContextLogic was turning things around, Q4 would be the time to see positive results. That didn't happen.

Its net loss improved to 9 cents per share compared to $3.04 per share the year before. That was it for the good news, though. Revenue was down 64% year-over-year. Cash flow was down. The company announced layoffs to its workforce and an initiative to "right-size" its business.

It's hardly surprising that in the aftermath, WISH stock dropped further.

In its Q4 earnings, ContextLogic's CEO outlined his plan for a return to a new era of growth using three "foundational pillars." Here's the plan: "The financial health of our business and the future growth of Wish is dependent on improving our user experience, deepening our merchant relationships, and achieving organizational efficiencies."

Layoffs and rightsizing are the attempt to address organization efficiencies. This part of the plan is fully within the company's control. Unfortunately, the other two pillars are largely tied to the company's reliance on China. And that's a problem.

When Wish was at the height of its popularity, consumers were downloading the company's app at a furious pace. They were eager to buy cheap, no-name Chinese knockoff products without questioning how they could be so inexpensive. The allure made Wish the country's third largest e-commerce operation by 2019. However, that reliance on China quickly became a liability.

An escalating trade war with China led to tariffs, raising prices. The U.S. government began cracking down on Chinese counterfeit goods. American consumers began to turn on China. Supply chain problems continue, making souring more expensive and less reliable. Given that in 2020 it was estimated that 94% of WISH vendors were based in China, this is a big problem for ContextLogic.

Headlines like "Is the Wish App Legit or a Scam" are common, showing consumers' growing distrust of the company.

Not everyone is as pessimistic about ContextLogic's situation as I am. Checking in with the Wall Street Journal, WISH stock earns a consensus "hold" rating. The average price target among the six analysts polled is $4.35, which would be a very healthy 124% return.

However, even if ContextLogic manages to temporarily stabilize its business and WISH stock manages a rally, I don't see any realistic prospects for long-term growth. Not without solving its reliance on China. How the company could manage that — without also killing off its primary advantage of selling products at ridiculously cheap prices — is a problem that is going to be extremely difficult to address.

Given the situation facing ContextLogic, I would continue to avoid WISH stock.

The post ContextLogic Can't Evade Problems Stemming From Its Reliance on China appeared first on InvestorPlace.