Does Crescent Point Energy Deserve a Place in Your Portfolio?

The shares of Crescent Point (CPG) have risen more than 90% in price over the past year, thanks to a red-hot oil and gas market. Furthermore, Wall Street analysts believe...

By Pragya Pandey April 25, 2022
This story originally appeared on StockNews

The shares of Crescent Point (CPG) have risen more than 90% in price over the past year, thanks to a red-hot oil and gas market. Furthermore, Wall Street analysts believe the stock could witness further price gains in the coming months. So, is it worth adding the stock to one's portfolio now? Read on, let's find out. 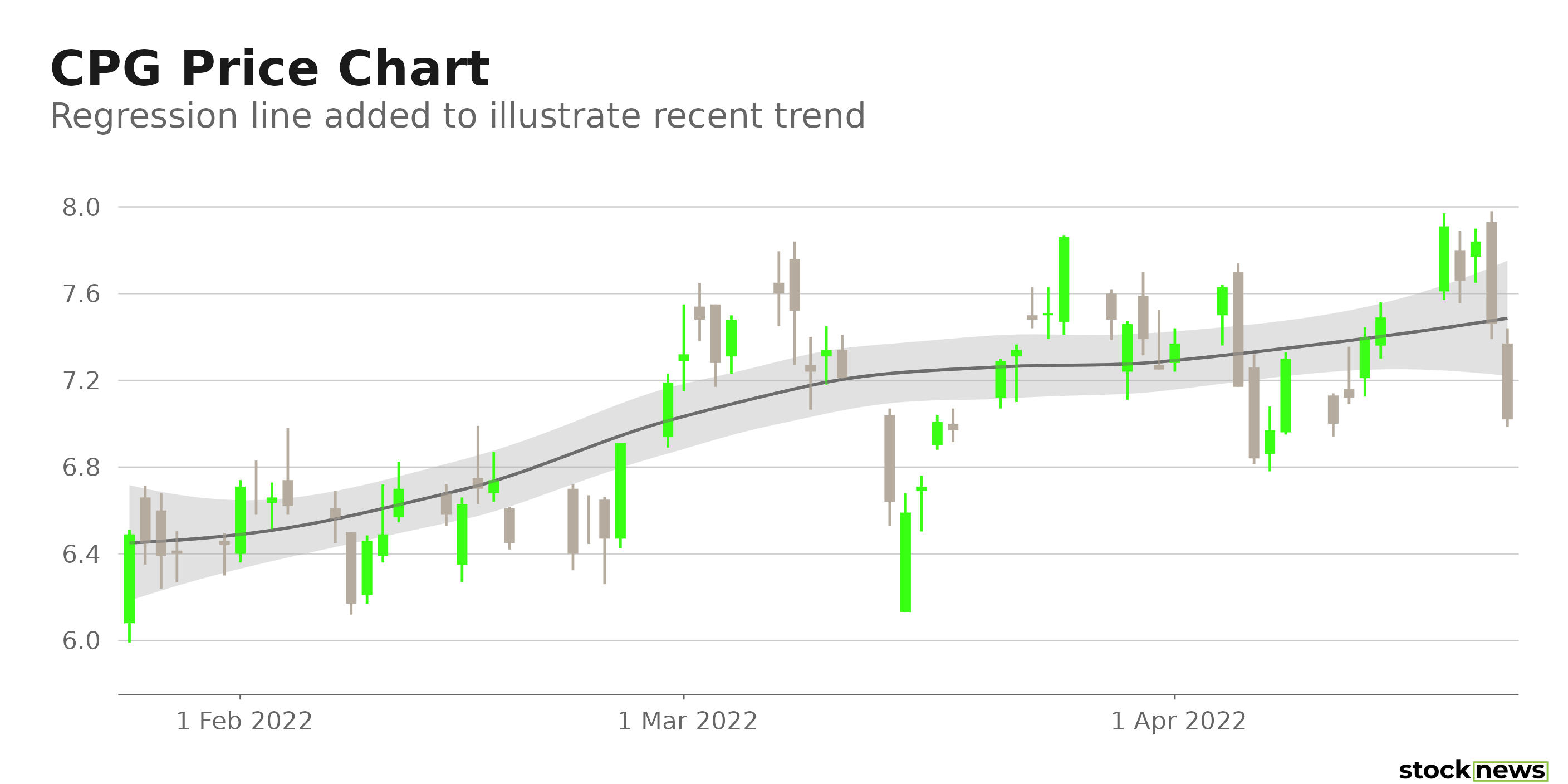 Here is what could shape CPG's performance in the near term:

CPG has an overall B grade, which equates to a Buy rating in our proprietary POWR Ratings system. The POWR Ratings are calculated by considering 118 distinct factors, with each factor weighted to an optimal degree.

Our proprietary rating system also evaluates each stock based on eight distinct categories. CPG has a B grade for Quality, Growth, and Value. CPG's solid earnings and revenue growth potential are consistent with the Quality and Growth grades. In addition, the company's lower-than-industry multiples are in sync with the Value grade.

Beyond what I stated above, we have graded CPG for Sentiment, Stability, and Momentum. Get all CPG ratings here.

Investors' interest in the stock is evident from the CPG's solid price gains over the past year. In addition, the company intends to offer stronger fundamental performance in the coming quarters. Therefore, given the company's high-profit margins and favorable oil and gas pricing environment, we believe the stock might be a great bet now.

How Does Crescent Point Energy Corp. (CPG) Stack Up Against its Peers?

CPG has an overall POWR Rating of B, which equates to a Buy rating. Check out these other stocks within the same industry with A (Strong Buy) ratings: GeoPark Ltd. (GPRK), Parex Resources Inc. (PARXF), and TransGlobe Energy Corp. (TGA).

The post Does Crescent Point Energy Deserve a Place in Your Portfolio? appeared first on StockNews.com