Is Sidu Space Stock a Buy After Announcing a Partnership with Aitech Systems?

Sidus Space (SIDU) has announced a strategic partnership with Aitech Systems to develop and deliver C&DH flight computers. Although this partnership is expected to benefit SIDU, would it be wise...

By Dipanjan Banchur May 13, 2022
This story originally appeared on StockNews

Sidus Space (SIDU) has announced a strategic partnership with Aitech Systems to develop and deliver C&DH flight computers. Although this partnership is expected to benefit SIDU, would it be wise to bet on the company now, given its stretched valuation and lower-than-industry profitability? Read on to learn our view.

On March 4, 2022, SIDU announced a strategic partnership with Aitech, a leading board and system-level solutions provider for military, aerospace and space applications, to develop and deliver custom Command and Data Handling (C&DH) flight computers and peripherals for LizzieSat microsatellites. Aitech will develop and provide custom LizzieSat Command and Data Handling (C&DH) flight computers and peripherals through the partnership. SIDU’s Chief Technology Officer Jamie Adams said, “We have recently received initial components of our core C&DH system development environment from Aitech Systems to support LizzieSat. The C&DH flight computers are a vital component of LizzieSat as they essentially function as the ‘brain’ of the system.” This partnership is expected to aid SIDU’s revenue growth. 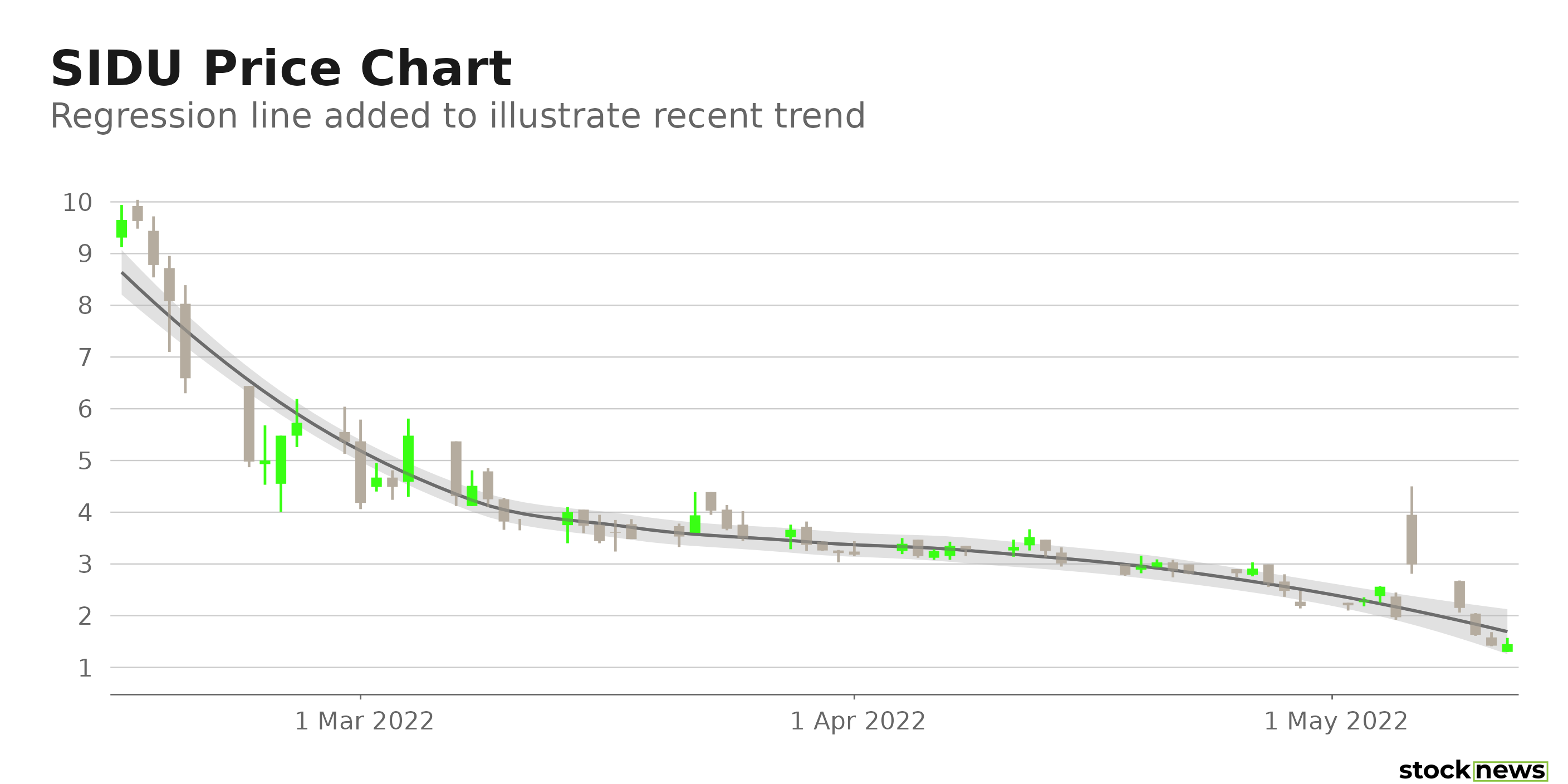 Here is what could influence SIDU’s performance in the upcoming months:

SIDU has an overall C rating, which equates to a Neutral in our POWR Ratings system. The POWR Ratings are calculated by considering 118 distinct factors, with each factor weighted to an optimal degree.

Our proprietary rating system also evaluates each stock based on eight distinct categories. SIDU has a C grade for Quality, which is consistent with its 0.15% trailing-12-month asset turnover ratio, which is 81.9% lower than the 0.82% industry average.

SIDU is ranked #54 out of 76 stocks in the Air/Defense Services industry. Click here to access SIDU’s growth, Momentum, Stability, and sentiment ratings.

SIDU is currently trading below its 50-day and 200-day moving average of $3.20 and $3.30, respectively, indicating a downtrend. Although its partnership with Aitech Systems is expected to benefit SIDU in the long term, its lower-than-industry profitability and high valuation might keep the stock under pressure in the near term. Thus, we think it could be wise to wait for a better entry point in the stock.

How Does Sidus Space, Inc. (SIDU) Stack Up Against its Peers?

While SIDU has an overall POWR Rating of C, one might want to consider investing in the following Air/Defense Services stock with an A (Strong Buy) and B (Buy) rating: Moog Inc. (MOG-A), Textron Inc. (TXT), and General Dynamics Corporation (GD).

About the Author: Dipanjan Banchur

Since he was in grade school, Dipanjan was interested in the stock market. This led to him obtaining a master’s degree in Finance and Accounting. Currently, as an investment analyst and financial journalist, Dipanjan has a strong interest in reading and analyzing emerging trends in financial markets.

The post Is Sidu Space Stock a Buy After Announcing a Partnership with Aitech Systems? appeared first on StockNews.com