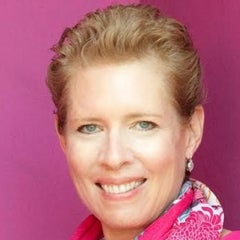 Founder and CEO, The Pink Fund

Molly MacDonald is the founder and CEO of The Pink Fund, a non-profit that provides needy breast cancer patients with 90-day cost-of-living grants to cover basic non-medical bills while they focus on their treatment. MacDonald's motivation was the potential catastrophic loss her own family faced during her treatment -- forcing the family to turn to a local food bank. Ford Motor Company has appointed The Pink Fund one of its four charity partners benefitting from Ford's Warriors in Pink Program. That designation allows The Pink Fund to serve patients in all 50 states.

For her work, MacDonald has been the recipient of many local and national awards. Most notably, she was named a Pink Power Mom, by Kids II and Bright Starts. She is a Purpose Prize Fellow, presented by Encore.org for her “outstanding contributions toward solving the world’s most challenging problems in the second half of life." Money magazine named her a 2014 Michigan Money Hero.

An entrepreneur whose nonprofit helps breast cancer victims pay their bills tells exactly how she did it.