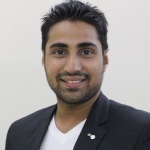 Nabeel Merchant has been in the industry for over a decade. He is intrigued by the impact messaging can make on brands. He started his journey in the field of marketing by working with some of the biggest brands like HDFC Bank, Kotak Mahindra Bank, Quick Heal technologies and Maruti Suzuki. At HOWL, he is building a company inspired by a US based agency called Red Antler. The goal being to work closely with early stage startups and help them scale not only their marketing efforts but also their business and branding in general' Being an entrepreneur himself, he has an eye for detail on every aspect of communication and has an approach that helps companies take their brand a step ahead. HOWL not only works at building brand awareness but also has a positive on their clients bottom line. Prior to HOWL, Nabeel was the co-founder of an on-demand Home Maintenance and Repair services startup called 'Fixy' which raised it's seed investment from Venture Nursery, the fund that invested in Oyo Rooms way back in 2013.

There are approximately 1.2 million transactions per day across e-commerce platforms and there is no way we can avoid it

With the help of technology, startups can further help the environment while simultaneously reduce costs as well.