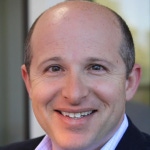 Scott Lahman is founder and CEO of textPlus. Before founding textPlus, he founded JAMDAT Mobile in March 2000 with Austin Murray and Zachary Norman. JAMDAT Mobile had a successful IPO in 2004 and was eventually sold to Electronic Arts for $680 million, in 2006. Prior to founding JAMDAT, Scott was an officer and executive at Activision from 1994 to 2000. Lahman began his career in the film and television industry, most notably as a development executive for Robert De Niro's Tribeca Productions from 1990 to 1994. He holds a B.A. from Columbia University

The 4 New Rules Telecom Needs to Play By

Did you know that today's voice communications travel along the same public switched network used in the days of switchboard operators?