The drop off in camera sales in the last decade is precipitous.

By Eric Griffith
June 13, 2019
This story originally appeared on PCMag

There's always an industry group that has to track how well things are going in a certain area of tech. The offices at the Camera & Imaging Products Association (CIPA), which includes Olympus, Casio, Canon, Kodak, Sony and Nikon, probably weren't a fun place to be in that regard since, oh, 2008 or 2010, depending. That's when -- after the camera industry had seen nothing but growth since 1951 -- things took a downward turn. You can see it above in the chart from our partners at Statista. 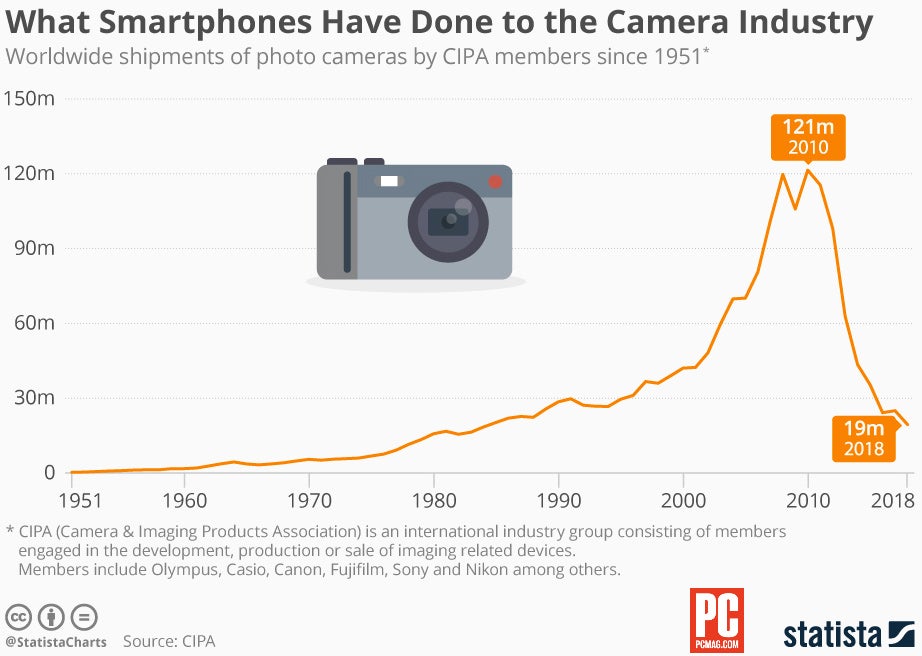 After a little spike in 2010 up to an all-time high in camera sales of 121 million units, down things went again. Digital cameras (mixing both those with built in lenses and interchangeable lenses) have dropped 84 percent in shipments (from CIPA members) since 2010. At 19.4 million shipments last year, that's lowest number since 2001. While it mostly impacts portable compact cameras, high-end interchangeable lens camera shipments have shrunk as well.

It's all clearly because of the smartphone. Phone cameras were convenient on the first iPhones and Samsung Galaxies, even if they weren't much competition in the photography department against a nice compact shooter in your other pocket. You can't say that today. Smartphone images on the latest models like iPhone XS and Samsung Galaxy S10 are capable of astounding imagery. 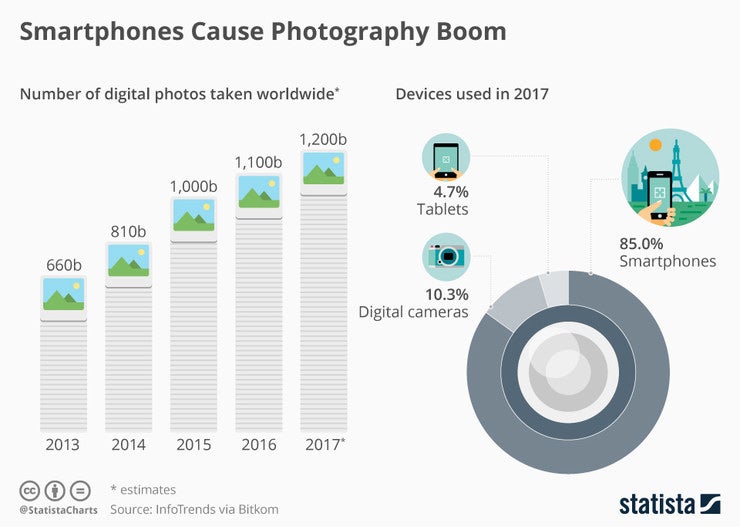 To hammer it home, here's another chart above from Statista from 2017, using data from InfoTrends via Bitkom. In that year InfoTrends counted that 1.2 trillion pictures were taken, the most in human history up to that time. That is, apparently, a conservative estimate -- it could be as high as 14 trillion.

Eight-five percent of them were taken, naturally, with a smartphone.