In their quest to find someone special to share a spaghetti and meatball, Lady & Tramp-style, Singaporeans, Malaysians and Indonesians spent nearly $19 million on dating apps last year, a new study by App Annie, a mobile data and analytics company, showed.

Singaporeans alone spent the most on dating apps in Southeast Asia - an estimated $7.1 million, compared to Malaysians and Indonesians who spent over $11.5 million. The latter two showed the most growth in spending on dating apps, on a year-on-year basis, the study showed.

"Dating apps have unlocked the keys to monetisation through subscription over the last few years. They are an example of an industry that has provided an in-demand service which consumers are willing to pay for to unlock deeper value, largely displacing previous modes to become the de facto dating tool," said Cindy Deng, managing director of App Annie, Asia Pacific. 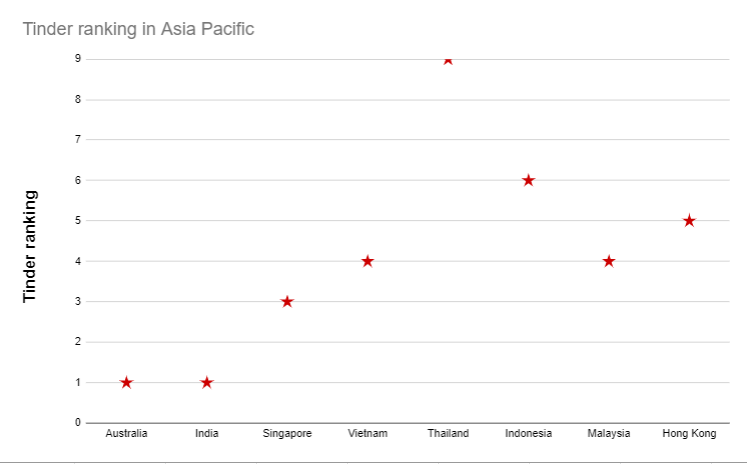 Dating apps only recently became very popular in Southeast Asia following the arrival of Tinder on the scene. Match Group, the company that owns Tinder, has increased its focus on Asia to capture the growing number of users logging on to the internet, and with offices already set up in South Korea, Japan and Indonesia, has now set its sights on Singapore.

Regional dating apps have also managed to capture hearts in Asia since they are more attuned to the geography's sensibilities and cultural nuances. China-based Tantan was the 10th most monetised app in the country, growing over 70,000 per cent between 2017 and 2019, according to data from the App Annie study.

Tantan was bought out by Nasdaq-listed Momo - which has been seeking expansion in Asia too - for $760 million.

Korean dating app Azar, and Japanese apps Pairs and Tapple were among the most monetised apps worldwide last year.

Jana Elfenbein was a recruiter at Google — and said she was on maternity leave when she found out she was part of the company's layoffs.