How These 8 Legendary Movie Villains Taught Us About Work, Entrepreneurship, Complexities & Leadership

While the villains are hell-bent on destroying the human race, they are the ones who teach you things that can be applied to your business practices on a daily basis

Iron Man, Hulk, Batman, Captain America, the world of superheroes is pretty badass and no matter what age group you belong from, we all have our go-to-superheroes. But have you ever wondered what makes these heroes worthy enough?

It's the super-villains who take all our hatred and put the heroes on a paragon where they are lionised and feted.

To put it bluntly, what would Harry Potter be if Voldemort didn't exist? How would Batman save the Gotham city if Joker didn't play dirty? How would the world of Avengers rise to the top if Loki – the megalomaniac god of illusions and trickery was always on the right side or if we didn't have Thanos taking the world down?

If you take a closer look at these movies, you will realise that the good exists because bad does. The reality depicted in the film might go overboard at times but the endless perspectives they give you are nothing less than life lessons.

The super-villains are colossally complex characters. No doubt, their evil mind primary works on the destruction of the human race and we wouldn't recommend you to follow those footpaths.

Being said that, when it comes to retention, leadership, acquisitions, knowing your enemies in and out, employee engagement, villains are the undiscovered book of how to get better at your work.

Without a doubt, they are sinful, destructors, but at the same time, they give you business lessons that have great potentials. Before we tell you about these villains and those valuable lessons……let us all smile. Why so serious???? (We bet you know who said this!) 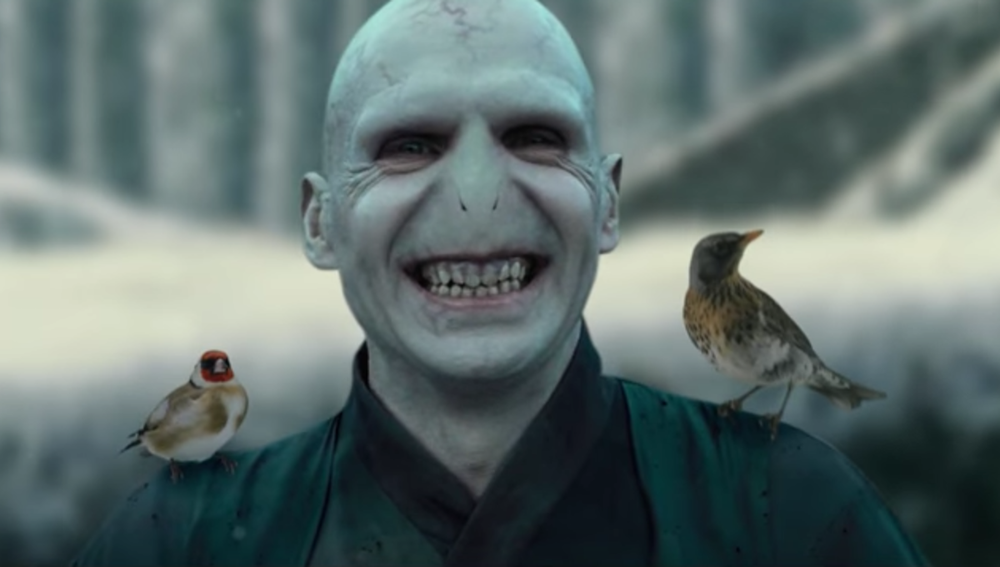 Wondering what made us put this snake-faced baddie on our list? The man has committed crimes that can give you a nightmare for a lifetime. From plotting the assassination of major players in the wizarding world to committing the heinous crimes one can't even imagine, Voldemort is the mastermind of everything. Well, you might think about what lessons one can learn from him? He simply tells you what kind of leader one shouldn't be.

The basic problem with Voldemort's organizational structure was there was no employee retention plan. The only fact that keeps his employee working was fear, which isn't the best way to run a company. Most of the people leave their job when their hard work isn't appreciated. Voldemort was often seen pushing his employees beyond a limit, but the whole unit collapsed when things got tough.

Remember the final face-off of him against Harry Potter? At the end of it, the majority of his team disappeared? At time intimidation work but fear can't be the only thing running your company. It might get your momentary success but it isn't the best thing in the long run.

Make sure you treat your employees well, appreciate them, and encourage them. Try organising some volunteer programs and entertainment events. To put it simply, you can't lead a team without getting involved with them. 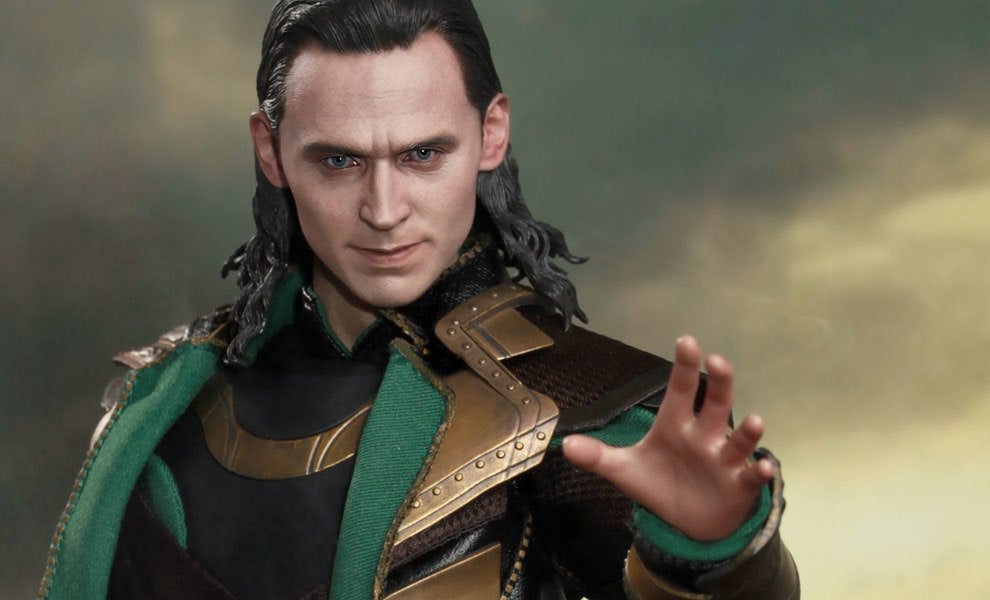 The megalomaniac god of illusions and trickery is not everyone's favourite character from the Avenger universe. Loki has different layers that are often difficult to explain. He has a complex background. But the more you study him the more you see don't judge a book by its cover.

What might appear to you, might not always be the reality? Reality is not what it always seems like. Try to see things from yours and with others perspective before forming a decision. 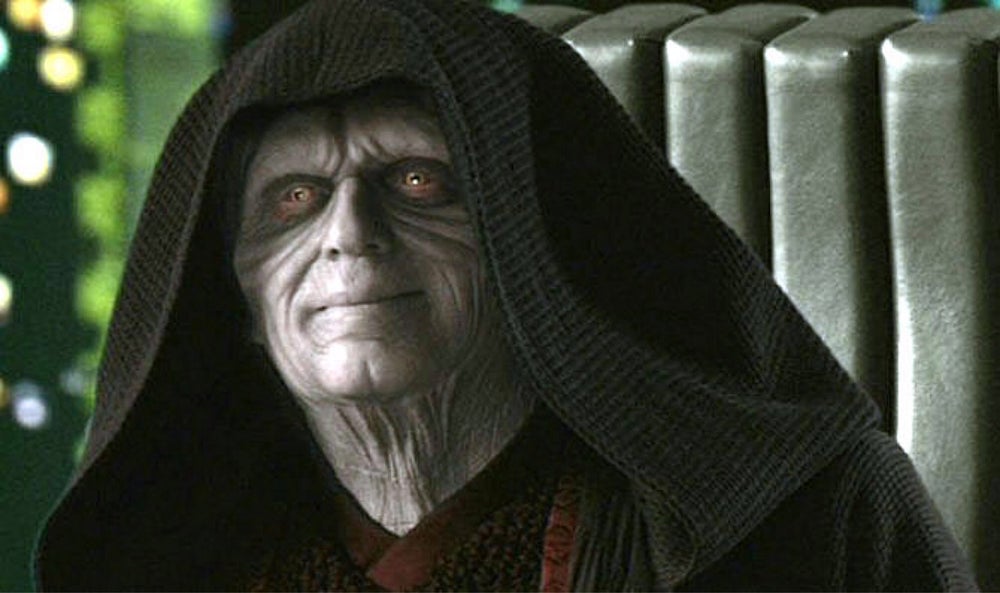 Wonder what was this senator good at? If you have seen Star Wars and you have to ask us this, we recommend you to go and watch the whole sequel once again.

When it came to recruiting, Palpatine is at the top of the game. He was the one who could see Anakin's untapped potential and gave him reward-based motivation to poach him from Jedi. Rewards always motivate people and Palpatine knows how to throw a bone in front of the dog.

The thing to learn from him is talent poaching. This happens when there are faults in the leadership. If the one on top understands the worth of his employee, he/she would never lose on their important assets.

If you take a deeper look you will release the problem was what Jedi didn't do to keep Anakin on his side. Anakin left because he saw people doubted his ability and capability. People from top rank leave because the competitor gives them a better offer and at the same time they leave the toxic environment of the previous company. 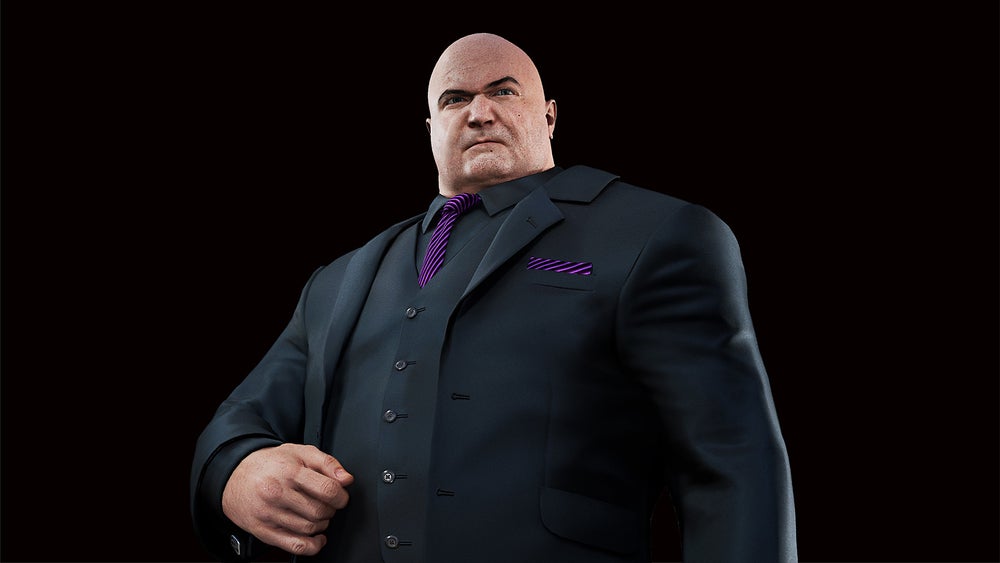 How would describe Kingpin? He is everything that can threaten a man. A criminal mastermind who can ruin you, a mobster who has his way around the city and a bodybuilder who can crush you.

Well….well…..everything about Kingpin's appearance has linked with his childhood, where he was bullied for his appearance and weakness. This became one thing over the years to keep him going and made him train his mind and body intensely. Later he simply figured out what motivates the other person and got his deeds done. Though he had his corrupt schemes in play, the point here is that we all have the power to master our emotions, mind, and bodies. 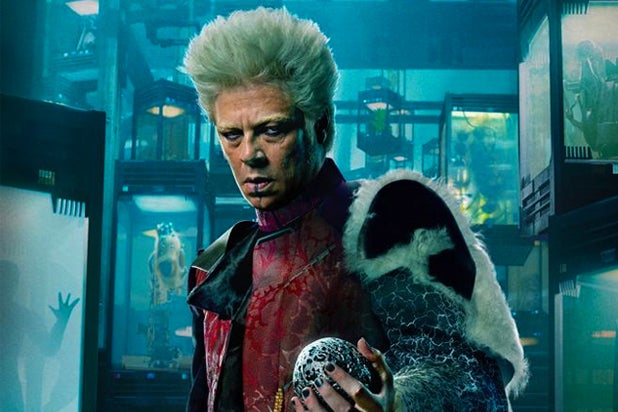 The Collector needs no introduction, he is the ultimate villain and no one can take that from him. He once saw what all is required to end the world and to save it and since then he has been collecting those items. He is one of an eternal being whose mind runs faster than your thoughts.

From schemes, plot to everything worst, he is capable of everything. He understands time is favouring him and he has all the strategies laid out to play his game.

What Collector teaches us is to be patient. Time is something one can control but don't run after things. Learn to play the game, because if your basics are weak, everything will crumble down around you. 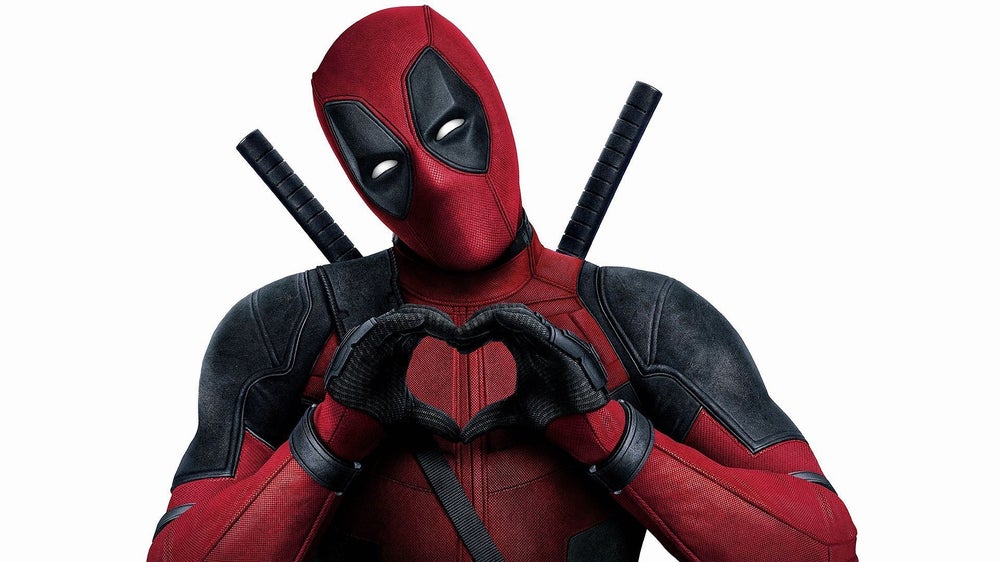 Merc with a mouth just has to be on our list. He isn't exactly a super-villain but definitely, an anti-hero and his wit is one thing that we totally bow to.

Deadpool or Wade Wildon is a pop culture legend and he has thought us many things. Humour indeed tops the list. He teaches us how not to take ourselves and life seriously.

Try laughing at the difficult turn of events, it will help think from a different perspective.

Sauron - The Lord of the Rings Trilogy 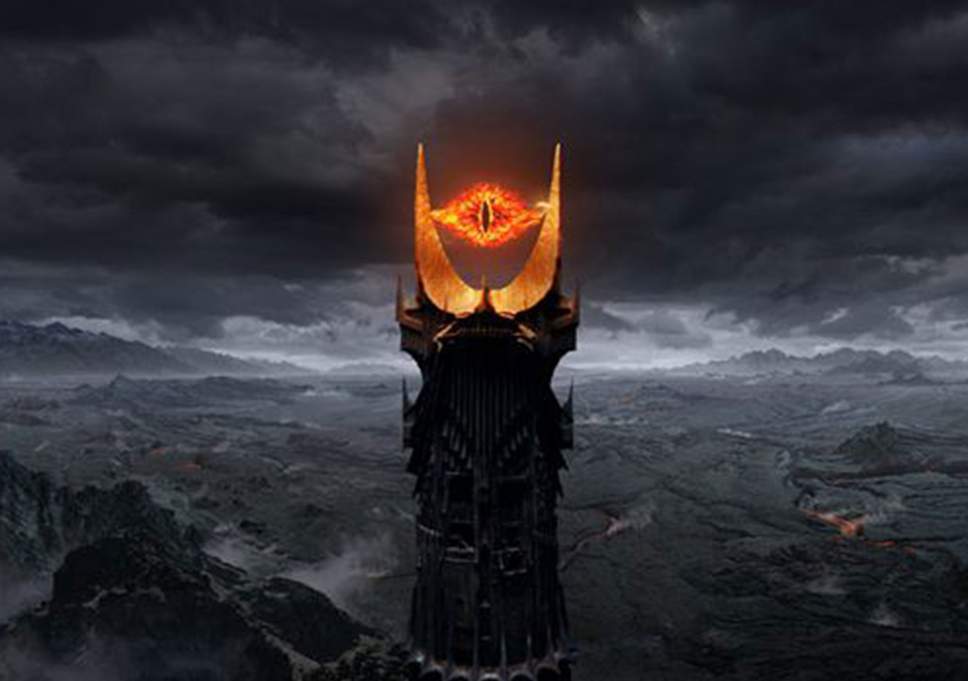 Sauron was hardly present in The Lord Of The Rings Trilogy. The man maybe had a couple of appearance at the beginning of the Fellowship of the Ring during the battle scene.

Yes, he is that flame eye god-demon who is invisible, but at the same time, he had his army supporting him. The only thing that Sauron teams lacked was trained people. It looked like a company where anyone could walk in and get an appointment letter.

Well, that's not how successful companies are made. Despite having hundreds in his army, Sauron's team lost. What he lacked was a leadership quality, because he was just present for namesake.

Maybe if he would have interacted with his team on a day-to-day basis, the climax would have been different. Most employees look forward to feedback and if you can't give that, you are already going down the wrong road.

A true leader needs to invest himself on his employees, make sure you sit and know about the conflicts and rights in your company. It is your primary responsibility. 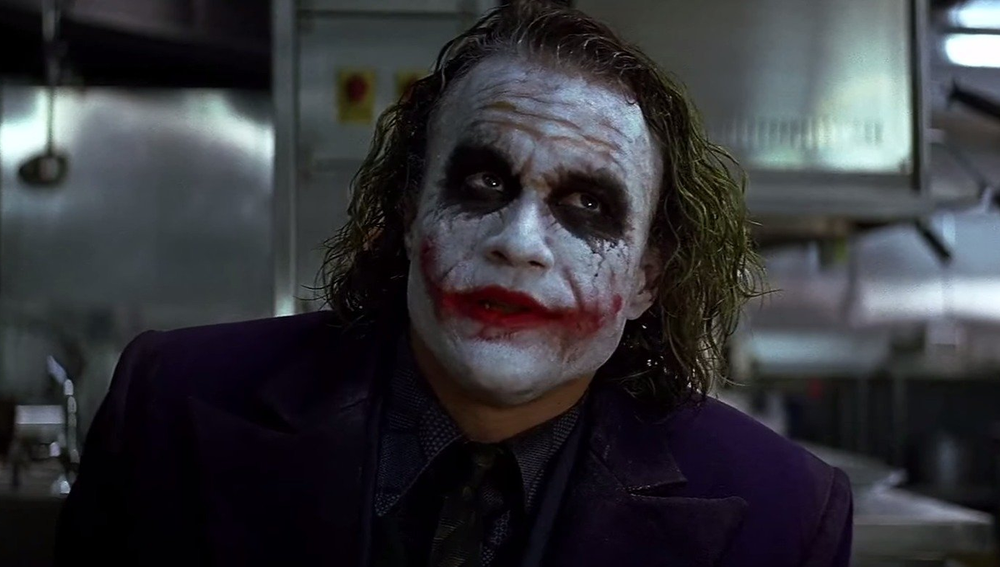 If there is one villain who will last with us for eternity it is the Joker. He is one of those few who knows his competition inside-out. If you have seen the movie, you will realise he just doesn't know Batman but he knows his mind. Knowing the mind of your enemy is the biggest quality. He knows breaking Batman won't worth, and uses this to agonise him. The superhero is the man of ethics and principles and Joker loves to play with it using it to his own advantage. That is the reason when Batman is seen all ready in his bike to hit him, he yells "Common. Hit me. I want you to do it, I want you to do it", knowing Batman would never do something that his conscience won't allow.

Joker has a quality of persuasion that can make you believe in his evil stories. It is one of the qualities every entrepreneur needs to have. Being persuasive can let you come out of even the most difficult situations.