Part 2: #6 Lessons From Mahabharata That Will Reshape Your Life As an Entrepreneur

The epic Mahabharata consists of 18 adhyay and it gives us 18 life-changing lessons. Entrepreneur India's Mahabharata Lessons is a three-part series that will transform your personal and professional life

The great war of Mahabharata is a narrative of the struggle between two groups of cousins Kaurava and the Pāṇḍava in the Kurukshetra War. As simple as this Sanskrit epic by Veda Vyāsa may sound, there are layers of meaning. Written in Dvapara Yuga, each adhaya has an understanding beyond the character, story and the war.

Since our childhood, we have heard about Dharma (right way of living), Karma (deed or action), rebirth, soul, moksha (liberation). Debated to be 3000-4000 years old, each chapter of Mahabharata brings forward a lesson that can reconstruct one's personal and professional life in Kalyug. The chronicle brings forward the complex interpretation of humanity, perspective, ideas, wealth, success, expectations, life, death, and a lot more.

1. Playing Along With The Team

In Ramayan King Ram (an avatar of God Vishnu) is the central character who follows the rules. While in Mahabharata Lord Krishna is seen playing by the rules. The life of a businessman is such that at times you need to make rules and make sure your fellow members follow it. And at times you need to be one of them and play along to increase productivity and make them experts in their subjects. Learning is a life long process and adapting accordingly is the key to glory.

When establishing a business we often take extreme steps when they can be solved by logical measures. When Arjun had entered Yudhisthira (the eldest Pandav) and Draupadi's chamber in search of his bow, she didn't appreciate the intrusion. In heat of the moment, she demanded that he be killed. However, it was pointed to her that one doesn't need to take harsh steps always. When someone fails to perform or goes against the company's policies, there are ways to chastise them and make them compensate. Sometimes a person can understand their mistakes with simple punishments.

3. The Consequences of Hurt And Ego

Nothing has changed in all these years! Draupadi made fun of Duryodhana (eldest of the Kauravas) calling him the blind son of a blind parent. Little did she know what one comment could do. The journey of Entrepreneurship often tests our patience. We at times are ridding on the cloud of success and make remarks that leave a negative imprint. The rise of amenity can turn partners, employees, against each other. To make the business a success one needs more friends than enemies. An Entrepreneur needs the support of both big and small allies, growth can't happen if one is missing. 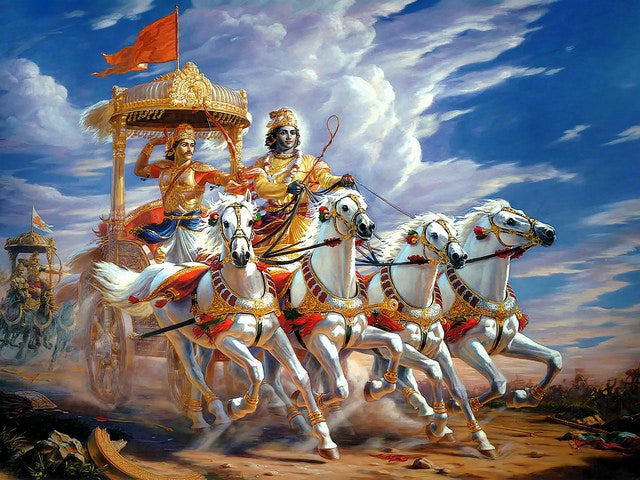 The famous game of dice where Yudhishtira puts everything at stake including his kingdom, wealth, brothers, and wife Draupadi is one of the most popular chapters. The incident teaches you that even virtuous king couldn't think clearly and that lies true for the mighty tycoons as well. At times, to get instant success, even the smartest men in the office puts everything at risk just to win. The result, you lose everything in a moment that took you years to build. The lesson learned here is to control your demons so that you don't destroy everything and every one along.

5. When in Power Think of Others

When in power and running a million-dollar business, one might think they control the world and people. But Mahabharata teaches you that Dharam is thinking of others' welfare. There is an incident when Yudhishtira can save only one of his sibling and he chooses Nakul (born to Madri another wife of Pandu). When asked why he explains 'I Kunti's son is alive, one of Madri's son should live too'. The true worth of power is when you use it for others. The duty of those at the top is to think of those who work under them. Many successful people have a theoretical understanding of Dharam but how you apply it practically describes what kind of figurehead you can be.

6. Attention To Those Who Serve Us

When Pandavas lost everything in the gamble and were in exile for 13 years. In the last year, they all took up helpers job in the King's kingdom to hide their Identity. The irony of life is such, the kings and queen who had people helping them for every little thing were now serving others. Vayas beautifully put a spotlight on the helpers. A Company is successful certainly due to the think-tank, but let's not forget the whose who serve and stand by them in building the foundation of it. Most of the time their service is taken for granted by those who are wealthy and privileged. From your watchman to the peon, from cleaner to the valet everyone is part of the empire you have to build.