Where do you find a good business idea? Right here. Here you'll find several innovative business ideas that are ripe for plucking.

By GG van Rooyen
January 5, 2016
Opinions expressed by Entrepreneur contributors are their own.
You're reading Entrepreneur South Africa, an international franchise of Entrepreneur Media.

Where do you find a brilliant business idea?

It's not as hard as it may seem at first. In fact, the idea is arguably not all that important. There's a reason investors talk about backing the jockey and not the horse: It's often not about the idea, but the execution. A great entrepreneur can turn even a mediocre idea into a success; all that's needed is a USP and great customer service.

That said, some ideas are undoubtedly better than others. And some businesses are easier to get off the ground. In the following pages you'll find a curated list of business ideas that have reached a point where they're just waiting to be exploited. 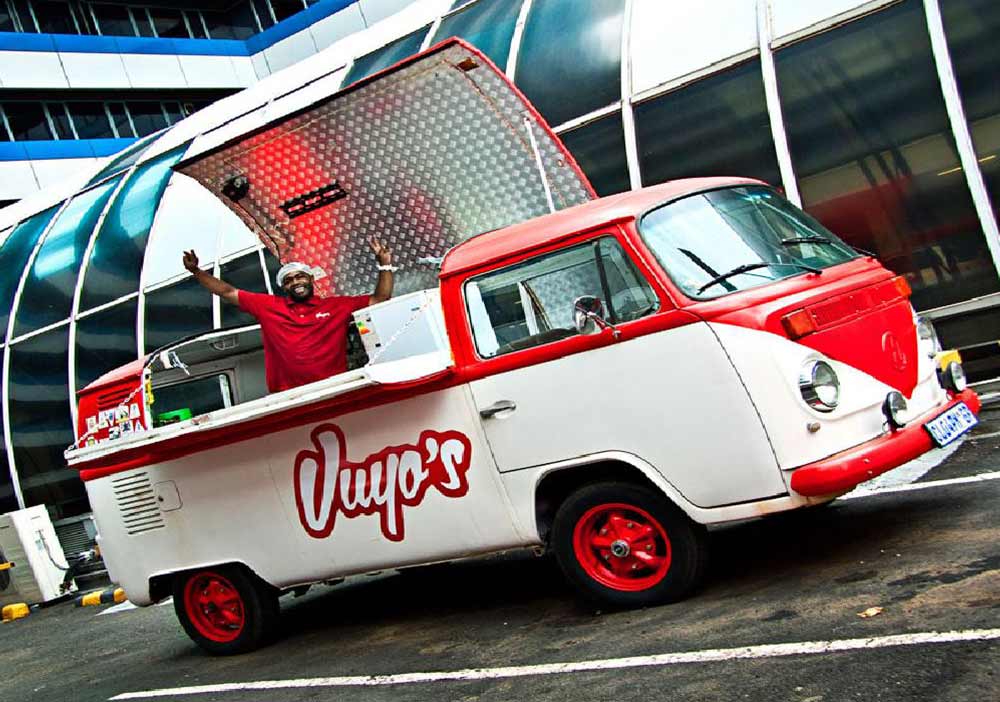 Food trucks have become phenomenally popular in the United States. If you've seen the popular movie Chef, you know what it's about — providing satisfying and simple fare, but with a certain culinary flair.

The popularity of food trucks has exploded in America over the last few years, and South Africa is now catching up. Food trucks have arrived locally in a big way.

As an entrepreneur, setting up a food truck has lot of benefits when compared to a traditional restaurant. It is cheaper to set up and operate, it sidesteps a lot of the logistical hassles associated with running a restaurant, and you can park it wherever the crowds are.

But it can be tough work. You need to be very passionate about food if you plan on spending long hours in a hot and claustrophobic food truck. 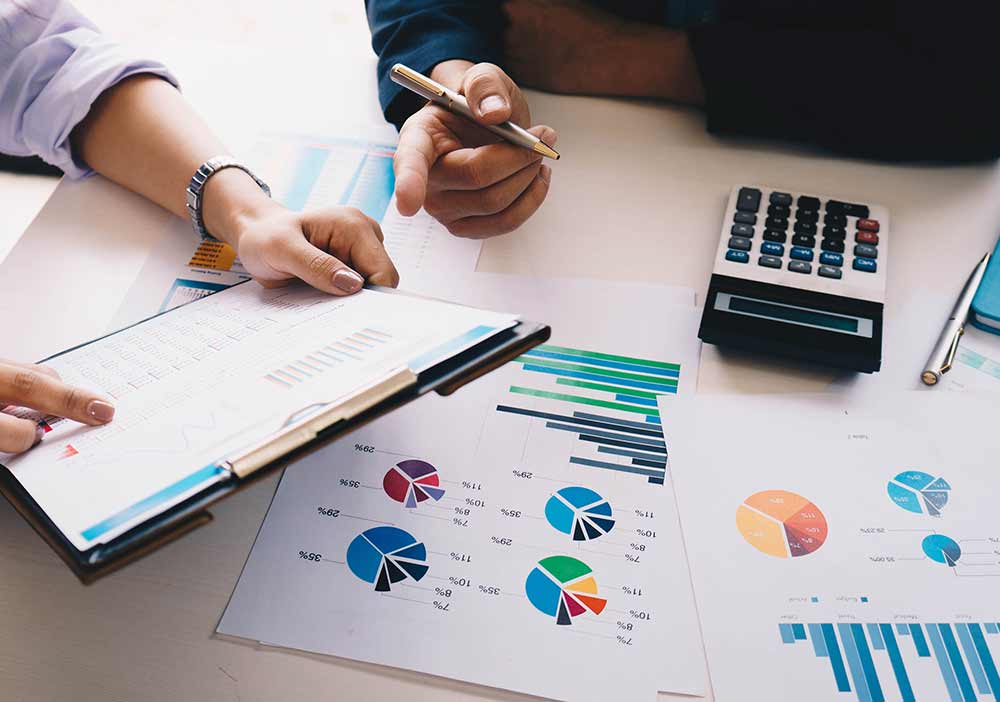 The problem with pitching a business to investors is that they all want to see a business plan. And creating a proper business plan is hard. Like very hard. There's a whole bunch of numbers to crunch and market research to do, and who has time for that?

So there is a definite opportunity for someone who is willing to do the dirty work and provide clients with a comprehensive business plan that can be shown to an investor with confidence.

If you're good at doing research, and enjoy writing, creating a business-plan service is an opportunity worth looking into. 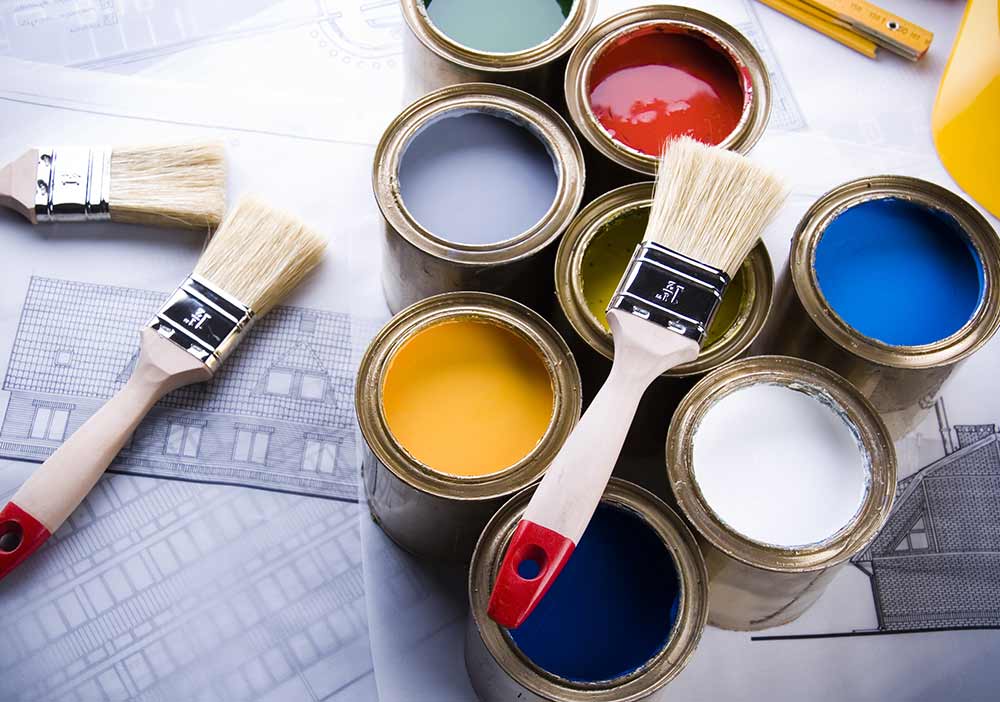 Regardless of whether someone is looking to sell a home or simply upscale it, some simple renovations can add a significant chunk of money to its value. And they don't need to spend R500 000 to make a real difference. For a relatively small amount, they can replace the carpets, paint a feature wall or update a bathroom.

A great business opportunity exists to provide quick and cost-effective renovations to homes. Having your home renovated is a hassle, so being able to provide a service that can complete a room in record time (think Extreme Makeover: Home Edition) can provide you with a great competitive advantage. 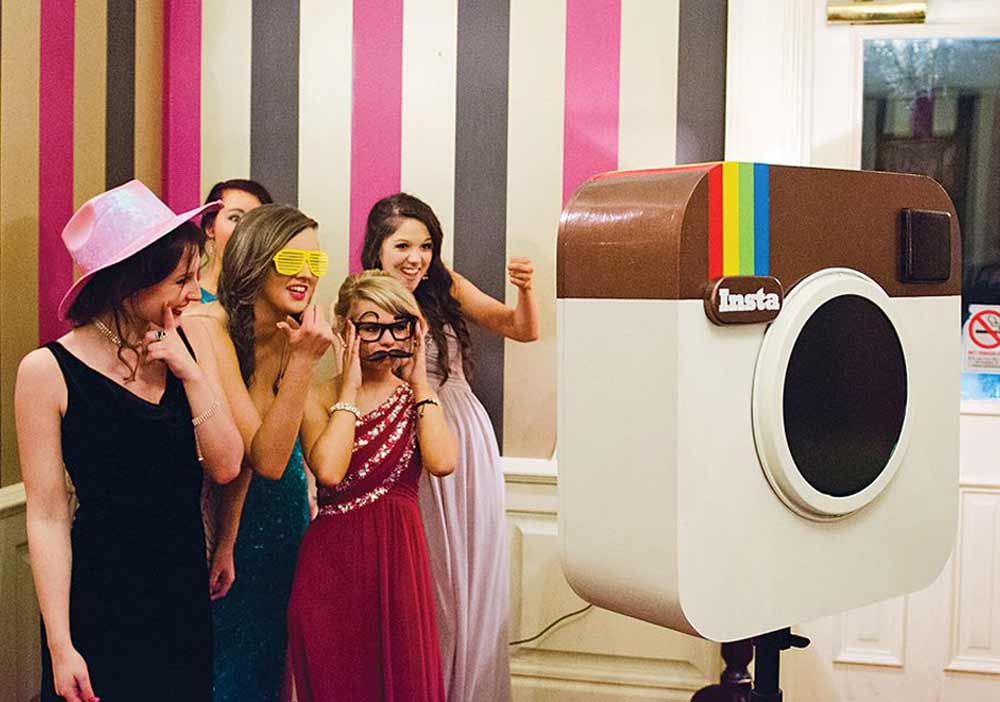 With the rise of social media platforms such as Facebook, Twitter and Instagram, people are now obsessively documenting their lives online. This has created a huge opportunity for entrepreneurs to provide a service that documents special events and allows photos to be uploaded to the web instantly.

We're not just talking about weddings here — we're also talking about bachelor parties, birthdays, baby showers, matric dances and graduations — in short, any event that deserves to be documented.

The good news is that you don't need to be Annie Leibovitz to start up a business such as this. In fact, almost no photography knowledge is needed. How so? Well, you can set up a photo booth that allows people to take their own pictures. All you need to do is plug it in and make sure there's internet access. For local examples, have a look at SelfieBox, The Magic Photo Booth and The Picture Booth. 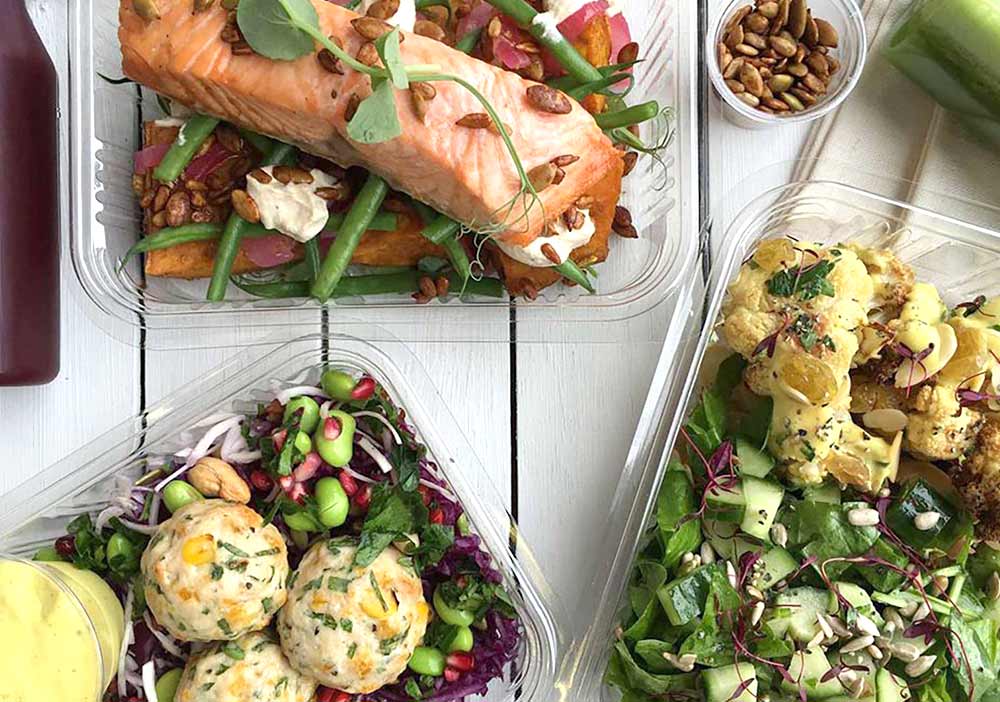 Fast food and ready-to-eat meals are rarely healthy and nutritious, but the hectic pace of modern life often means that people have no option but to opt for food that they know is bad for them. The solution? Fresh and healthy ready-made meals that are delivered to an office or home.

The concept has been around for a few years, but is becoming increasingly popular. Search for "healthy meal deliveries South Africa' on Google, and you'll find plenty of local companies already offering this service.

This is a service aimed directly at a pain point that many people have, so it is very promising. If you have a large kitchen, some serious cooking skills and your own car, you can also start up a meal-delivery business pretty cheaply, though scaling it can be pricey. 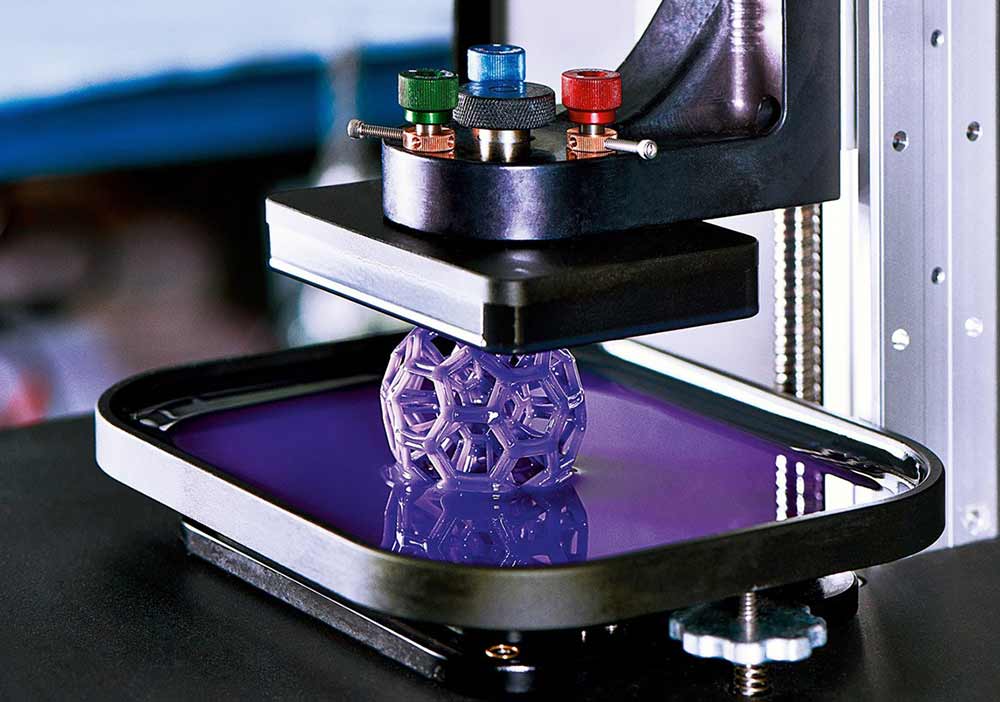 3D printing is leaving the realm of science fiction and slowly becoming an everyday reality. And although we haven't quite started to experience the repercussions yet, this technology is set to change manufacturing in a massive way.

3D printing (also known as additive manufacturing) is no longer a curiosity. The days of printing gnomes and other bric-a-brac for the sheer fun of it are over. The technology is now being used in direct part production, taking a small yet significant bite out of traditional manufacturing.

According to the Wohlers Report 2015 — which examines the state of the 3D printing industry — additive manufacturing (AM) services is now a $2 billion global industry. Importantly, it took AM roughly 20 years to reach $1 billion of yearly revenue, but only five years to reach its second billion.

The Wohlers Report 2015 also states that AM could capture around 5% of the global manufacturing market in the not-too-distant future, which would disrupt the industry in a big way. 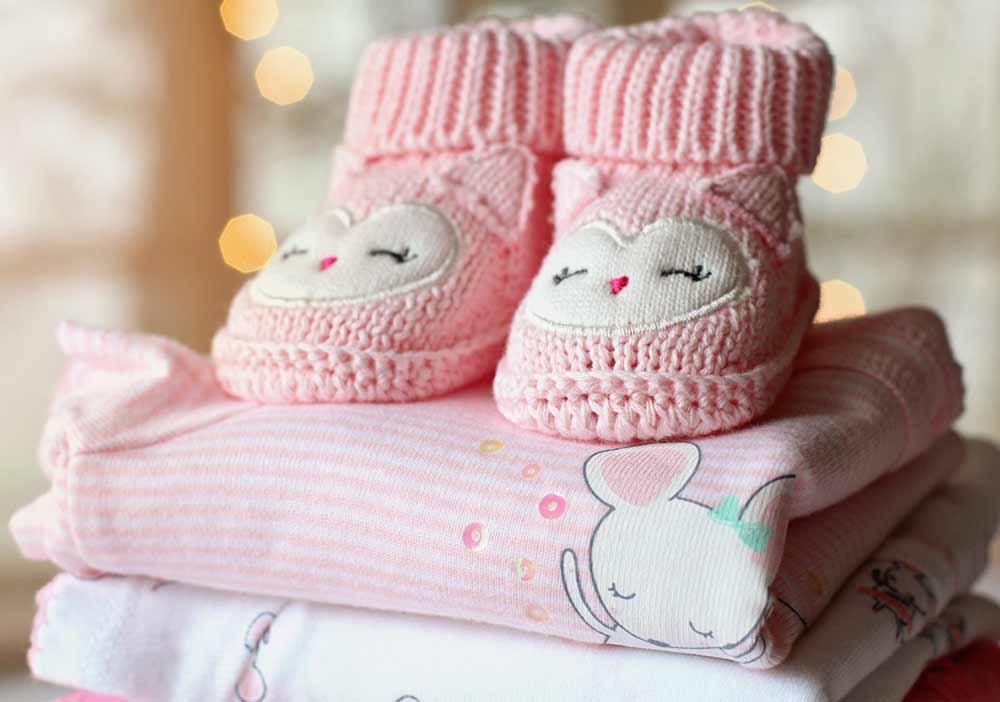 Upmarket food, toys and clothes for children are growing in popularity. Although South Africa is an emerging market, local parents clearly aren't skimping when it comes to their kids.

According to research company Nielsen, the South African nappy market is worth about R4 billion, and has grown by 11,5% over the last year. Baby-food sales grew by 10,8% year on year, and 46% of respondents interviewed said that the level of nutrition on offer was key when choosing baby food.

When it comes to e-commerce, Nielsen states that: "Baby care consumers are more likely to purchase baby supplies in a physical store rather than online, but this trend is changing as more consumers are switching to online channels.

"E-commerce retailers are also able to compete on price and convenience, due to reduced capital investment in physical infrastructure and, in some cases, the elimination of links in the supply chain. It also offers a compelling proposition for busy parents: the convenience of shopping whenever, wherever they desire, often with free delivery to their front door. A true case of what, where and when a consumer wants during one of the most demanding times of their lives." 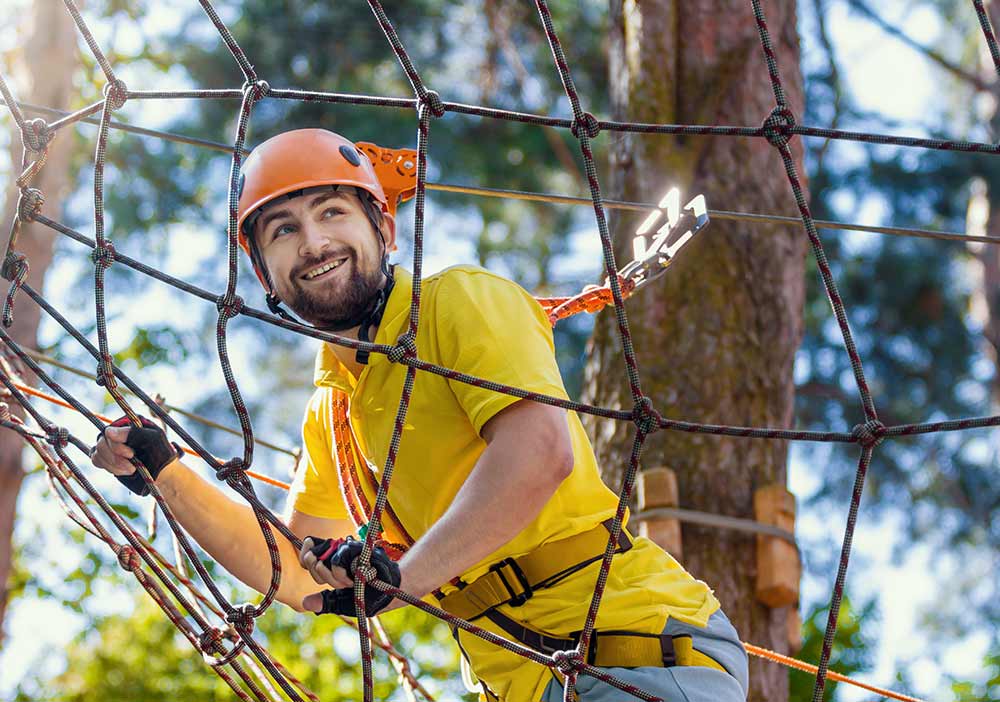 Relax, we're not talking about that kind of adult entertainment. What we're talking about here are fun and innovative ways for adults to relax, unwind and embrace their inner child. 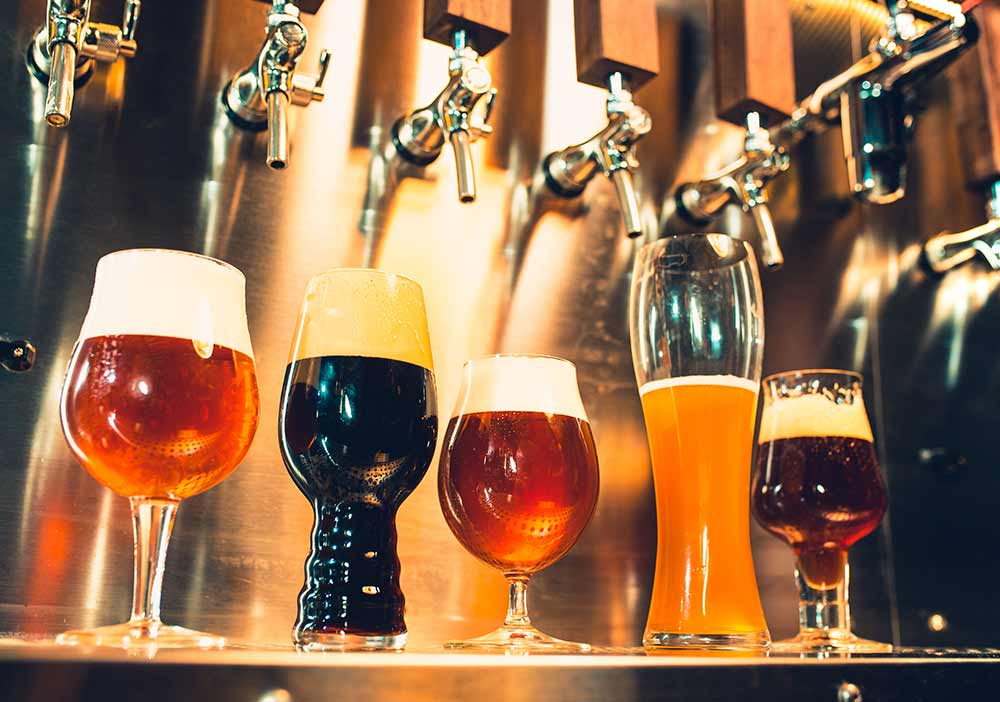 It's not just hipsters ordering craft beer these days. Craft beer has gone mainstream. In fact, just about every restaurant and liquor store sells it.

This means that there is definite scope to open up your own craft beer operation. It can be surprisingly cheap and easy to do, provided you start small and don't over-invest.

Local companies such as BeerLab and BrewCraft can provide you with what you need to get your operation going. 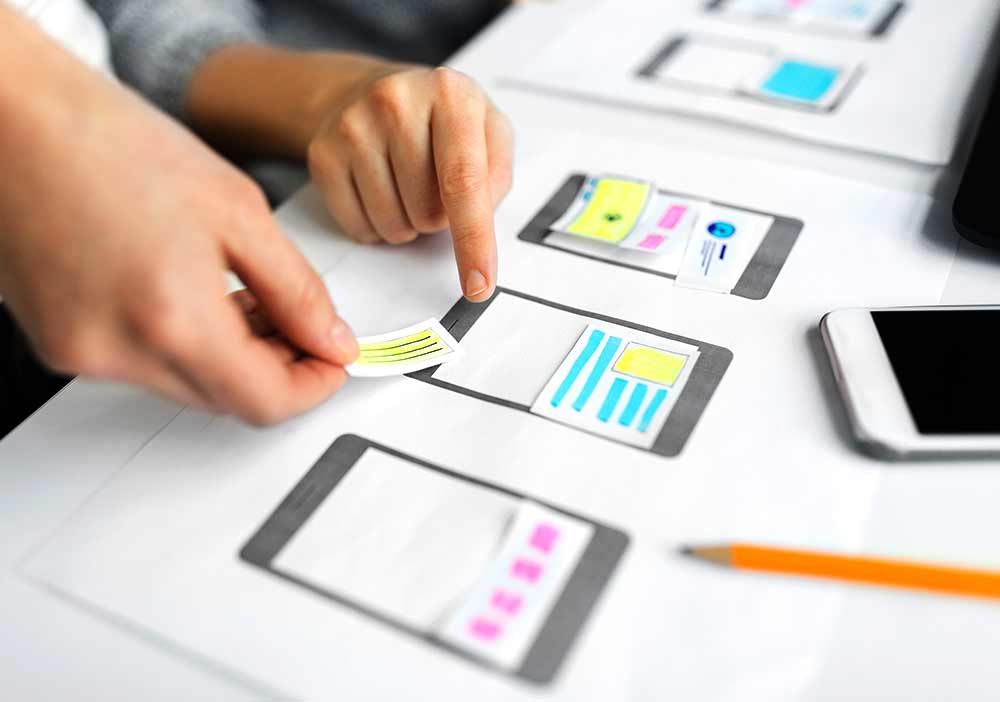 App creation is the modern equivalent of the gold rush. Just about everyone is trying to strike it rich by coming up with an awesome app, and for good reason: Creating an app is a potentially very lucrative yet easy way to make money these days. After all, building an app that becomes popular on the Google Play store and the Apple App Store can provide you with a steady stream of income.

Trevor McKendrick appeared on Alex Blumberg's popular StartUp podcast to talk about a Spanish-language Bible app that he created. McKendrick took a clever approach to app creation. He studied the app stores, looking for apps that were popular, despite not actually being all that good.

What he found was a Spanish-language Bible app that was terrible, but was selling extremely well because it was the only app of its kind available. He created a better version a couple of years ago, and has been making a cool $100 000 a year with his app ever since.

So there is definitely money to be made, you just need to find the right idea.