6 Entrepreneurs Share the Brilliant, Crazy Ways They Took Their Companies From Pennies to Profit

Whether you're self-funded or not, there's plenty to learn from a bootstrapper.

By Entrepreneur Staff
May 18, 2018
This story appears in the May 2018 issue of Entrepreneur. Subscribe »

Strapped for cash? You're not alone. The business press may make it seem like every startup rakes in millions from VC firms, but in reality, many, many, many more entrepreneurs build without any cash infusion. And that often makes them smarter and scrappier.

Related: 5 Things You Need to Do When Bootstrapping Your Startup

"The idea of bootstrapping is positive in the sense that it forces you to sell before you build," says Patrick FitzGerald, a lecturer at the Wharton School and a serial entrepreneur. He sees an increasing number of his students bootstrapping -- some to keep control of their company vision, and others because they're buried in business-school debt and can't fathom taking on another loan. He sympathizes. "I myself have always bootstrapped," FitzGerald says. "My parents are teachers, so I've never had the luxury of not bootstrapping."

In this article, we talk to entrepreneurs who figured out how to make it work, finding creative and, at times, hilarious ways to grow their business. Whether you're self-funded or not, take note: There's plenty to learn from a bootstrapper.

Here are six lessons from entrepreneurs who boostrapped their way through business.

Lesson learned: Engage in your community before you launch. 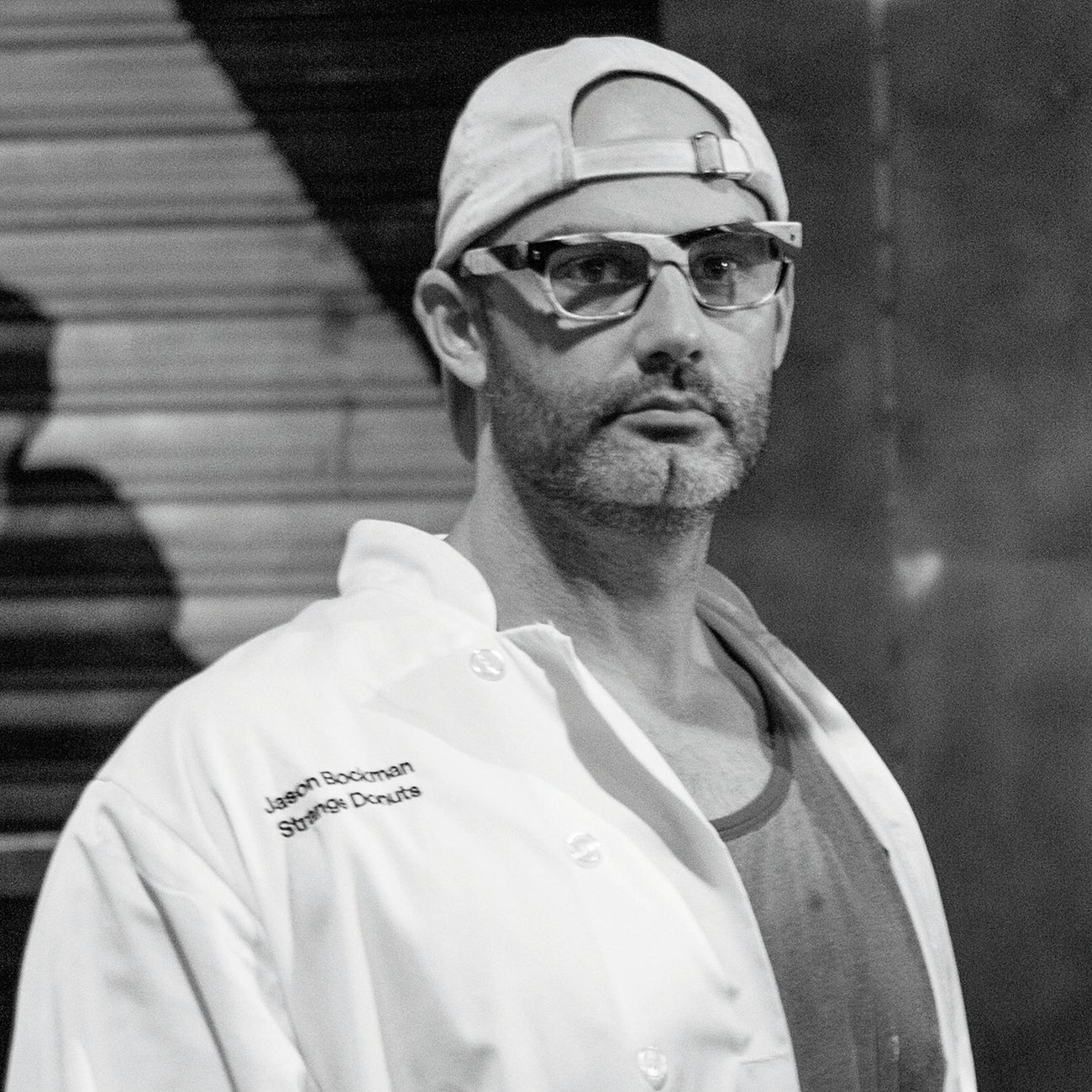 Jason Bockman wanted to open a doughnut shop in St. Louis -- but not just any doughnut shop. "We wanted to have fun and attract people who were into the same stuff we were into: wrestling, cartoons, whatever," he says. Lenders were less than enamored by this countercultural doughnut shop idea; 13 turned them down.

So Bockman got creative. "We had a Pog tournament," he says. They gathered a bunch of '90s fad items, publicized the hell out of the event and attracted 200 locals to compete -- and try the doughnuts -- for a small fee. "We were just testing the market," he says. "But it was a crazy success."

Six eclectic events followed, including a wrestling night, beer tastings, and a party commemorating the cult TV show V: The Final Battle. These established Strange Donuts' offbeat identity, and raised $20,000. A subsequent Kickstarter campaign brought in another $12,000, and then they finally got a small-­business loan -- from a bank whose executives happened to be at one of their parties. Strange Donuts opened its doors in October 2013, and they now have two locations as well as a franchise in Mexico City. These days lenders call them to offer loans. "Crazy how it works," Bockman says, laughing.

Related: 10 Bootstrapping Tips to Turn Your Idea Into Reality

Lesson learned: Fake it till you make it (in many ways). 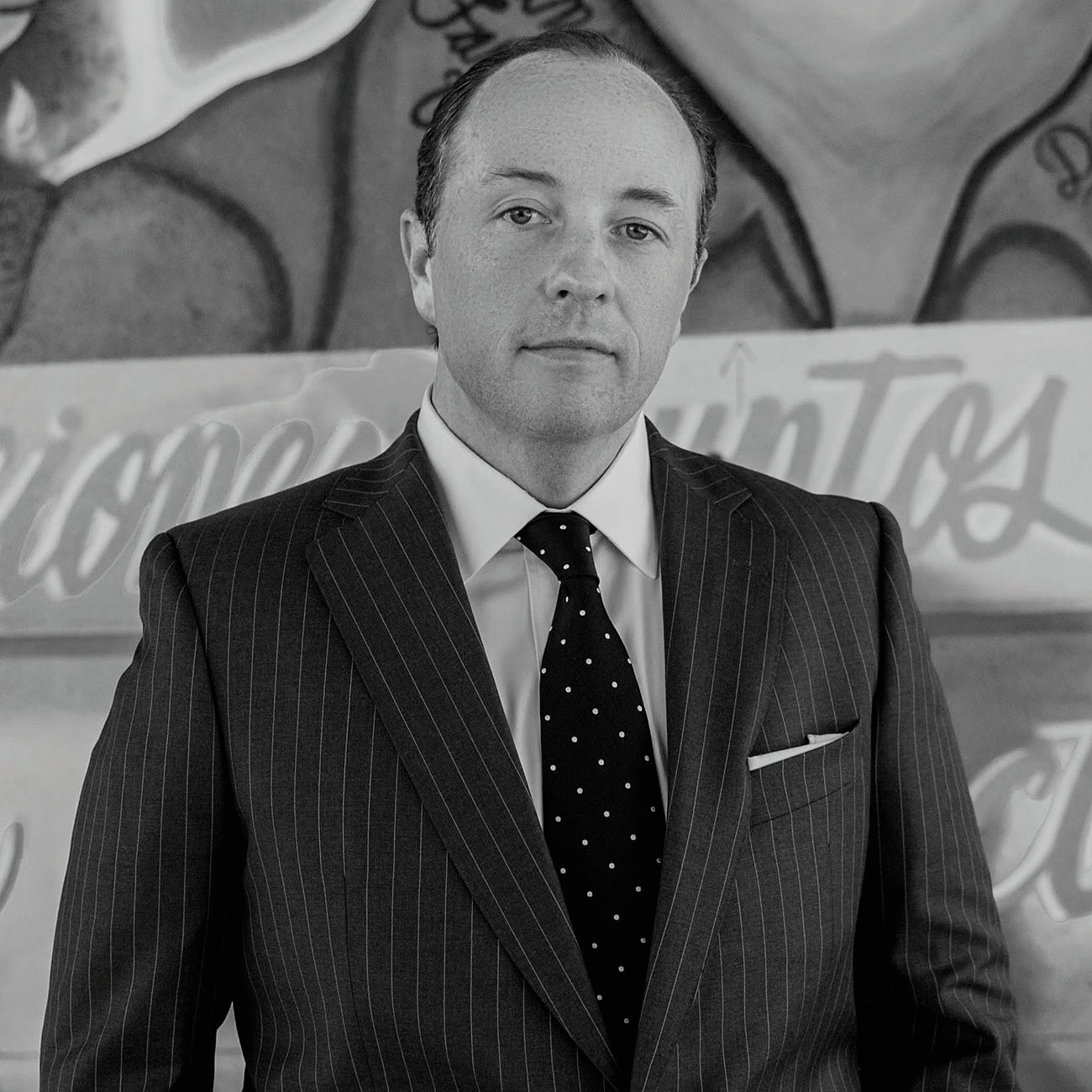 Anthony Byrne launched his Dublin-based sales-lead-generation company back in 2010 -- "probably the worst time in the history of the world to start a company," he admits. But despite a low cash flow, his team made it work. They bought furniture from companies in liquidation and sourced office supplies…creatively. "We'd set meetings with companies we didn't even want business with," says Byrne, "purely because we could fill our bags with pens and stationery."

This scrappiness prepared them for a game-changing moment. Microsoft wanted to hire them for a project but first wanted to conduct a site visit to make sure they had the manpower to handle the contract. Truth be told, they didn't. But that didn't stop them. "We ushered friends, family, and neighbors into the office to try and make us look twice the size," says Byrne. It worked. "Microsoft was the first blue-chip tech company to give us a contract." Product2Market now has a staff of 125 and works with brands like Twitter and Zendesk. "It wasn't at all pretty," Byrne says, "but it got us to the next level." 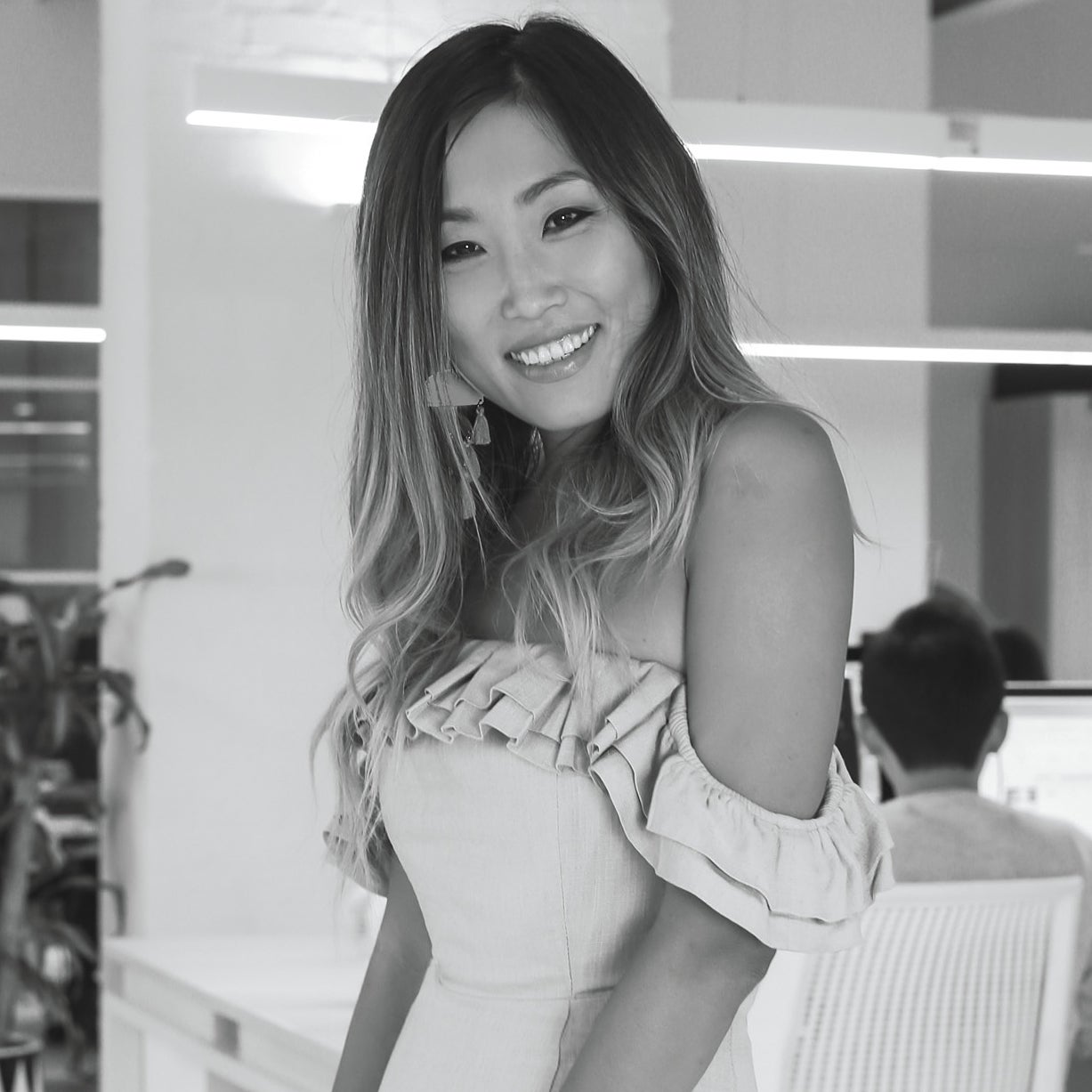 At age 24, Jane Lu took the entrepreneurial leap. She quit her corporate job, traveled and pursued her side hustle. But it flopped, leaving her $60,000 in debt. She didn't want to admit that to her parents, whom she lived with. They're Chinese immigrants who moved to Australia to make sure their only daughter had more opportunity. So instead of disappointing them, she lied and said she was working at Ernst & Young. Secretly, however, she was starting a fresh entrepreneurial endeavor: a small retail brand called Showpo.

She built a website, bought inventory on consignment, and eventually paid store rent with credit cards. "I would get up early in the morning, put on my suit, have breakfast with my parents, carry my laptop bag and ride the bus into the city with my mom," says Lu. She kept it up for 18 months before telling her parents about Showpo -- which by then was a successful, fast-growing operation. And she cushioned the news. "I told them, "I'm going to pay off your mortgage, and I bought you a car,' " she says. "They couldn't believe it." Today Showpo ships to 80 countries and projects $100 million in sales by 2020.

Lesson learned: Investors aren't the only ones with money. 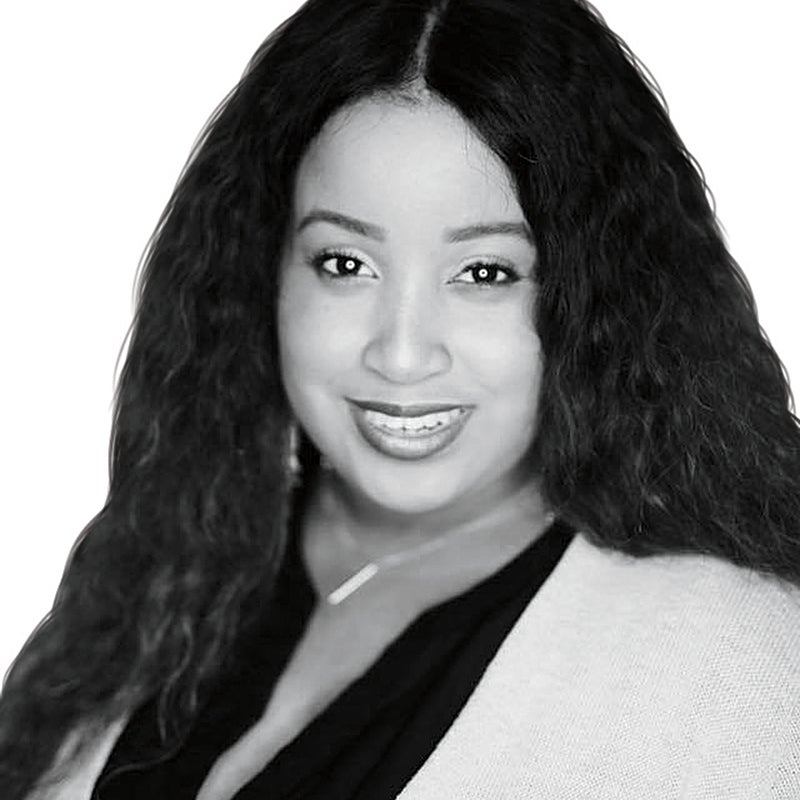 Investors weren't taking Arion Long's calls, and she suspected she knew why: Less than 1 percent of venture capital goes to black female founders. As she looked for ways to fund her line of organic feminine hygiene products, she entered a local pitch competition -- and won.

Similar competitions happen across the country, so she thought, If I'm really good, I'll get the check! But she lost the next five. To improve, she studied the speaking styles of Steve Jobs and Gary Vaynerchuk. But the aha moment came when she considered her audience: "It's not easy navigating the tech sector, talking about periods to a bunch of white men. They had to understand why this was important."

Related: 5 Reasons Bootstrapping Your Business is the Best Thing You Can Do

Lesson learned: Tell the story others want to hear. 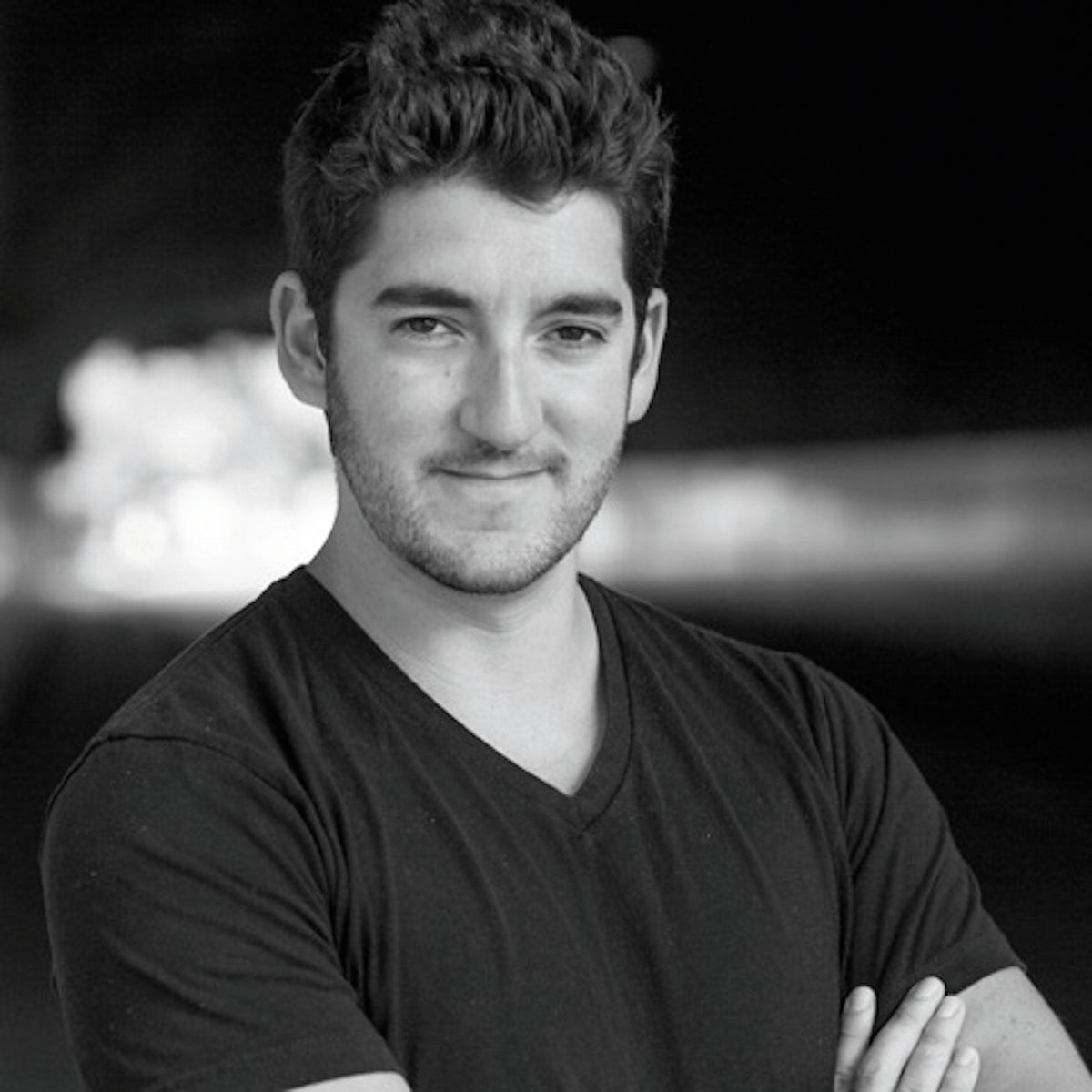 Erik Huberman runs a fast-growing marketing agency in Los Angeles, which offers itself as an outsourced CMO: It shapes a brand's messaging, and has done so for giants like Verizon Wireless and eHarmony. Back in 2011, when he was bootstrapping a very different company, he learned a valuable lesson about pitching that he still taps today. At the time, he'd launched a subscription service for men's T-shirts called Swag of the Month but was having trouble getting press for it. A friend pointed out how easily companies get tech-blog coverage when they raise money, which seemed nuts. "It's a funny thing to praise people for -- taking out a loan, essentially," Huberman says.

But it gave him an idea. He wrote to TechCrunch and claimed he'd raised $100,000 (from what was really his dad's holding company). "I knew no one would look it up. I got a call within 30 minutes." A post went up within hours, and Swag of the Month earned 600 new subscribers. He's never again misled the press, but he learned a priceless lesson. "Give outlets the headline they want," he says. "I learned how to pitch stories. It helped me learn the entire press machine." 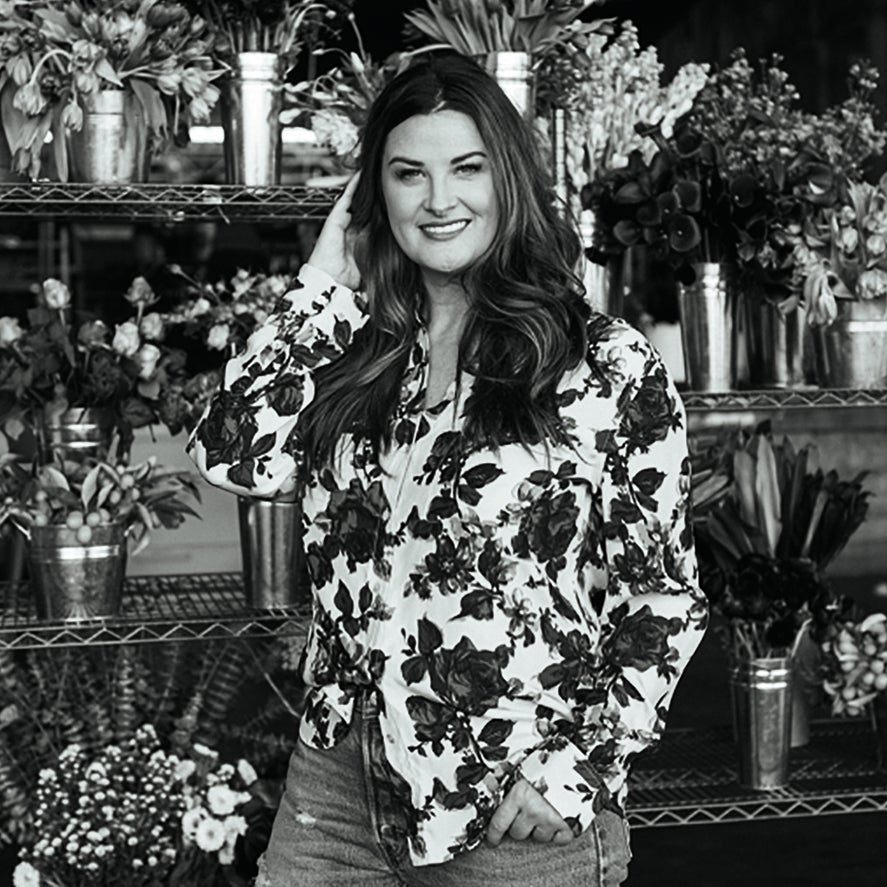 Christina Stembel's schedule was nothing short of grueling when she launched her flower-delivery service in San Francisco. "I'd hit the flower market at 3 a.m., pick the flowers, drive home, unload my SUV and fill buckets of water from my bathtub," she says. "I'd build all the bouquets before the couriers started coming at 9 a.m."

Related: Embrace Being Broke. Build Up Your Business By Bootstrapping.

That was just to fulfill orders -- the basic stuff of business. But it's what she did next that really set her up for success. She'd create extra bouquets and deliver them for free to city coffee shops along with a stack of 50 business cards. "I'd go back every week and count how many business cards were left," she says. If most were gone, she'd found a shop that attracted her kind of customer -- and was worth filling with more flowers. If not, she'd find another shop to replace it.

This went on for a year, and it was well worth it: "All the initial chatter about the company, all the inquiries, was because of those coffee shops. It was the cheapest thing I could have done."