By Gwen Moran
March 5, 2013
This story appears in the February 2013 issue of Entrepreneur. Subscribe » 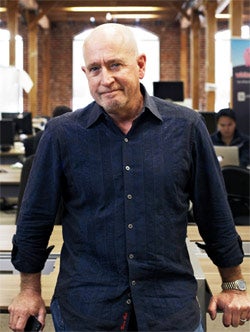 SocialDial was a simple idea: an app that would call contacts through their LinkedIn profiles, without users having to know the phone number. But a few months and 50,000 downloads after the app's 2011 launch, SocialDial co-founder Randy Adams and his partners realized that a group-calling option that was "buried under two or three layers of menus" was being used far more than any other feature.

The popularity of that feature led the team to ditch the original service and launch CrowdCall, a specialized conference-calling app available for iOS and Android smartphones and the web. Instead of scheduling a dial-in line, e-mailing all parties involved and then hoping everyone calls at the appointed time, CrowdCall's interface lets users choose up to 20 participants from their contacts list and LinkedIn connections and dial them immediately (assuming the contacts have added their phone number to their LinkedIn profiles). When participants answer, they simply push "1" to enter the conference--they don't even need to have the app to participate.