Stay informed and join our daily newsletter now!
April 11, 2011 min read
Opinions expressed by Entrepreneur contributors are their own.

Many entrepreneurs have their business heroes. Some are revered not only for their spectacular successes but for the reversals they endured and subsequently overcame. With economic indicators for a strong business recovery still faint, it can be helpful to recall the early setbacks of some of the best-known entrepreneurs and what can be learned from them.

Here's a look at iconic entrepreneurs, their early struggles and their eventual comebacks. 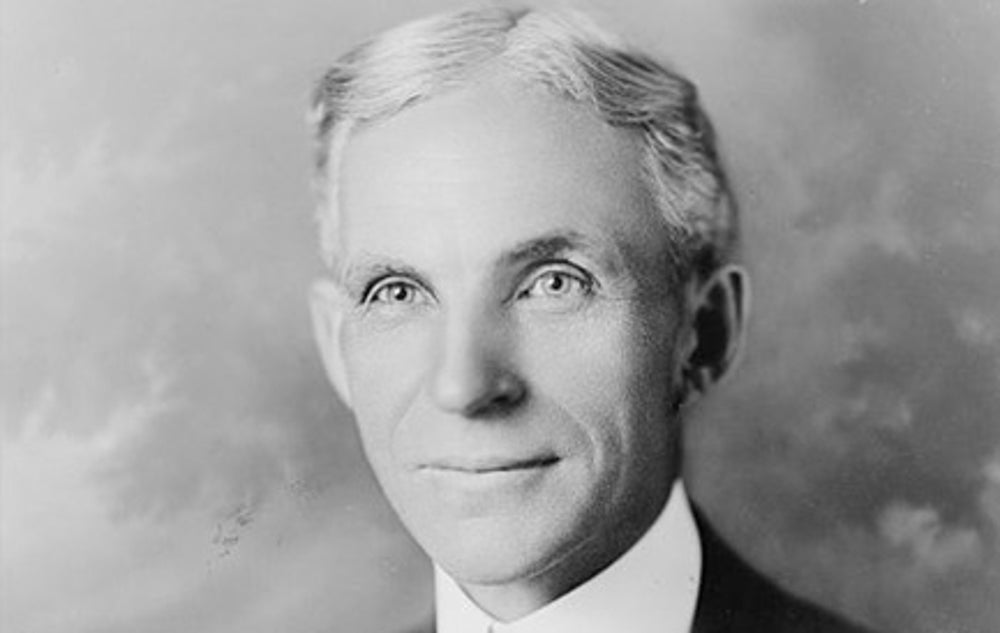 Setback: Ford suffered a few failed automotive endeavors early in his career, including Detroit Automobile Co., which he started in 1899. Its cars were low quality and too pricey for average consumers.

Turnaround: Ford continued to develop better auto designs and gained national acclaim in 1904 by demoing a car -- the "Ford 999" -- that broke the land-speed record by going a mile in about 40 seconds. In 1908, he released the Model T, a well-made, low-priced car that quickly gained traction with U.S. consumers. Annual sales topped $250,000 by 1914. 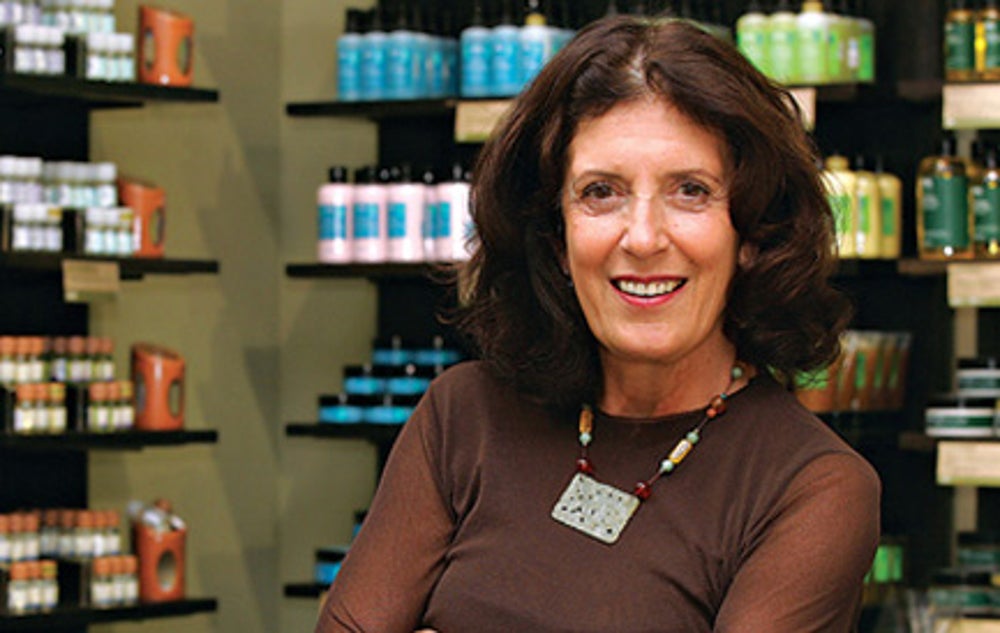 Company: The Body Shop
Setback: When Roddick opened the first Body Shop, a beauty products company, in Brighton, U.K., in 1976, two neighboring funeral parlors initially objected to the name.
Turnaround: Roddick fought back by suggesting to a local newspaper that she was a woman entrepreneur under siege. The publicity generated traffic to the store, and by the early 1990s, there were more than 700 Body Shop stores.
Quote: "If you think you're too small to have an impact, try going to bed with a mosquito."
Lesson: Don't let minor setbacks throw you off course. 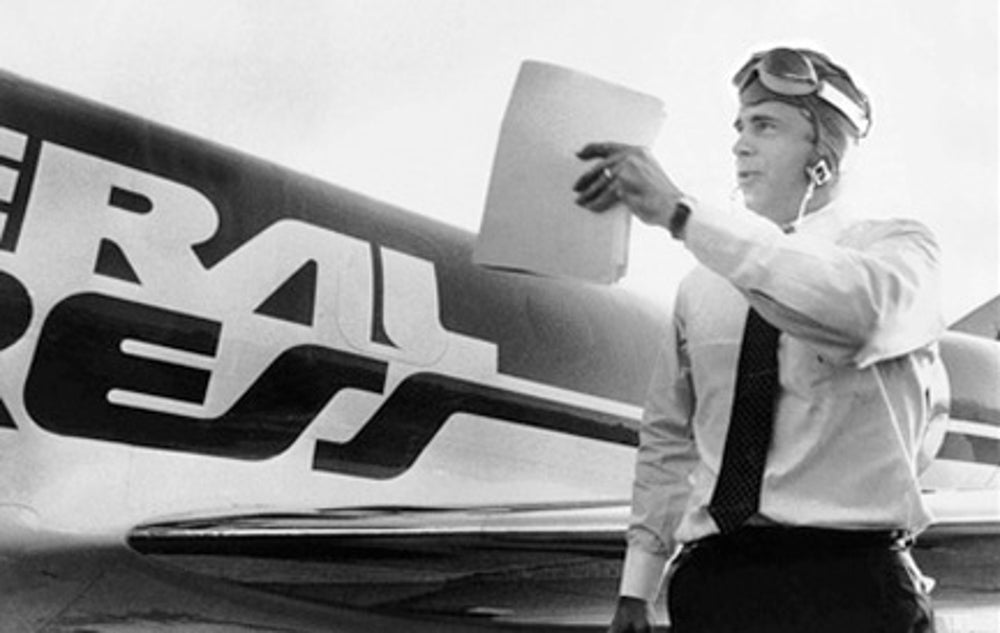 Company: Federal Express (now FedEx Corp.)
Setback: After revolutionizing overnight mail delivery in the 1970s, Smith introduced an electronic delivery service, Zapmail, in 1984 to compete with fax machines. But Zapmail didn't draw the anticipated interest and cost the company nearly $350 million over two years.
Turnaround: FedEx abandoned Zapmail in 1986 and the company refocused its energy on its core delivery business. The company generated $35 billion in revenue in 2010.
Quote: "Leaders get out in front and stay there by raising the standards by which they judge themselves and by which they are willing to be judged."
Lesson: Be willing to acknowledge failure, abandon bad ideas and move on. 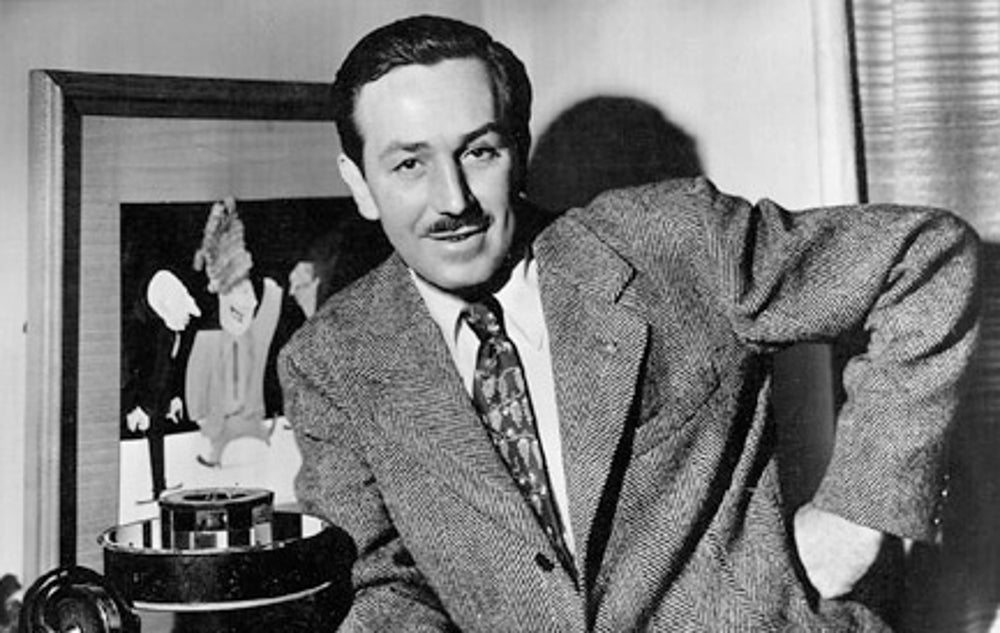 Company: The Walt Disney Co. (now Disney Corp.)
Setback: The cartoon animation pioneer weathered several major financial setbacks in the late 1920s and 1930s, including losing rights to the popular Oswald the Lucky Rabbit character. His company was $4 million in debt by the early 1930s.
Turnaround: With barely enough cash to finance the project, Disney released "Snow White and the Seven Dwarfs" in 1938. The blockbuster movie sprung the company out of bankruptcy and bankrolled the building of a new Walt Disney Studios in Burbank, Calif.
Quote: "You may not realize it when it happens, but a kick in the teeth may be the best thing in the world for you."
Lesson: One killer idea can quickly make up for a series of flops. 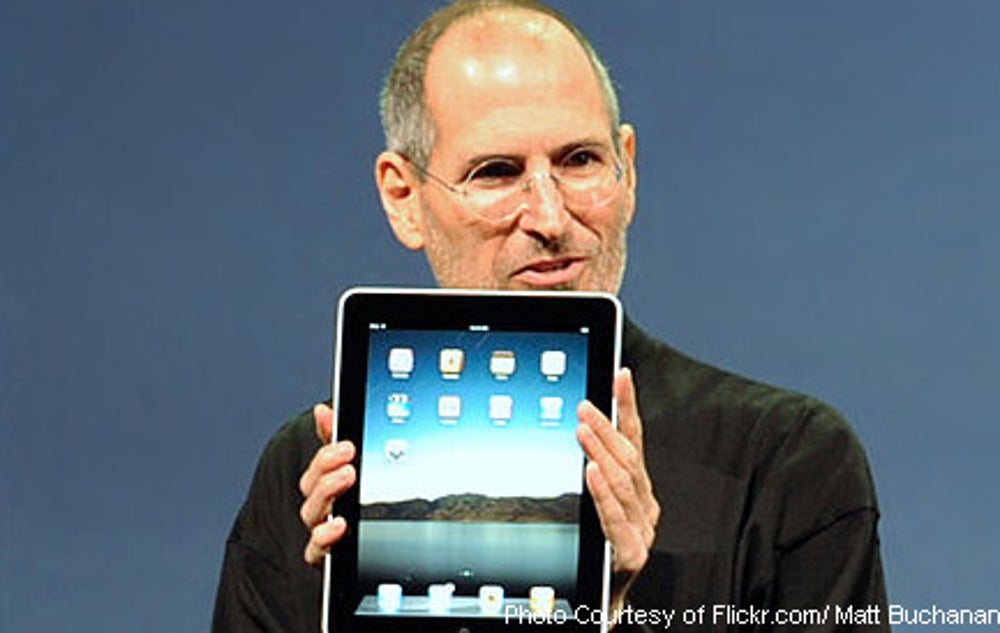 Company: Apple Computer
Setback: After his forced resignation from Apple in 1985, Jobs spent the following several years developing NeXT, a computer workstation for educators. But with a high price tag and reports of numerous bugs, sales never materialized. The company burned through hundreds of millions of investor dollars.
Turnaround: Apple announced it would buy NeXT in 1996, bringing Jobs back to the company as interim CEO. He's since developed the iPod and iPad, making Apple one of the most successful Fortune 500 companies of the past decade.
Quote: "You can't just ask customers what they want and then try to give that to them. By the time you get it built, they'll want something new."
Lesson: Having the right resources and people around you makes a big difference. 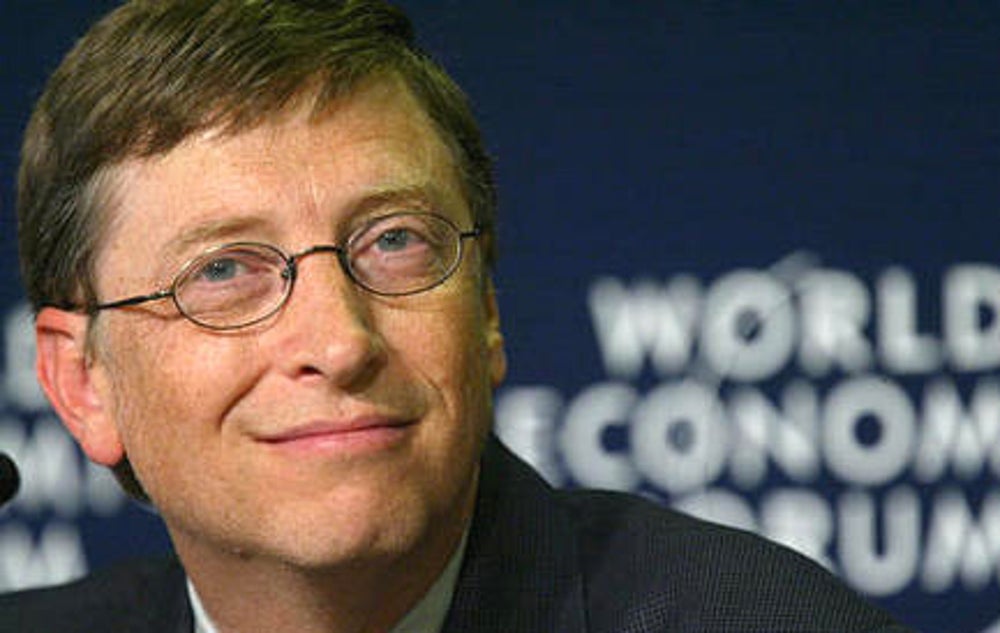 Company: Microsoft Corp.
Setback: While high-schoolers in the 1970s, Gates and pal Paul Allen started Traf-O-Data, a computer business that automatically read paper tapes from traffic counters for local governments. The idea later became obsolete when the state of Washington offered to tabulate the tapes for cities for free.
Turnaround: The two learned from their failed business how to write software for a computer they didn't yet have access to and created a new start-up called "Micro-Soft."
Quote: "Success is a lousy teacher. It seduces smart people into thinking they can't lose."
Lesson: You can learn a lot from failed endeavors. 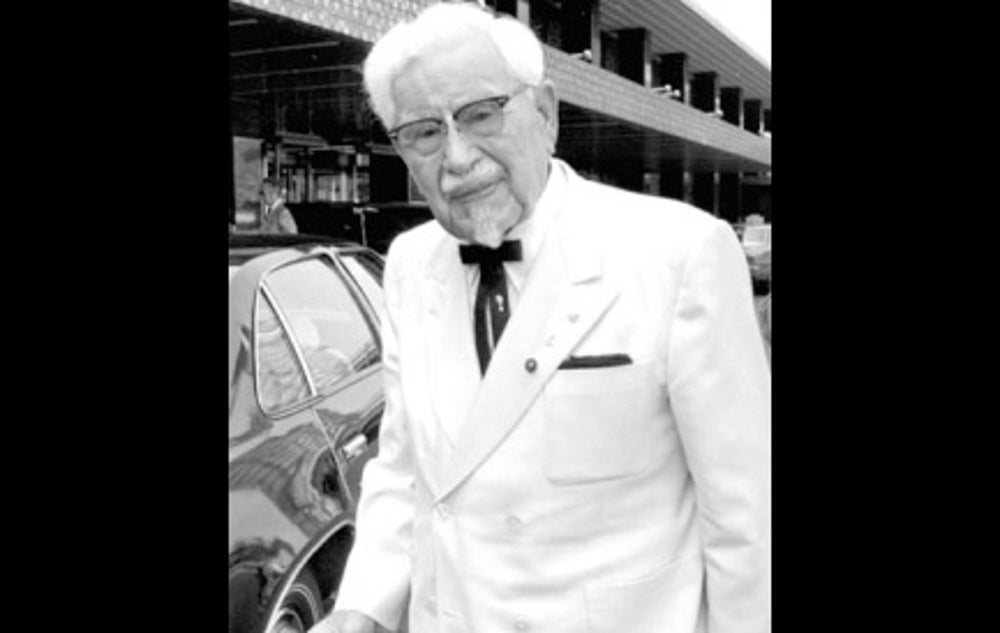 Company: Kentucky Fried Chicken (now KFC Corp.)
Setback: In 1955, a newly built interstate bypassed Corbin, Ky., where Sanders had cooked up chicken in his restaurant and motel for two decades. After selling the location and settling debts, Sanders was broke.
Turnaround: He'd already started franchising his chicken restaurant concept. He took to the road full-time to sell franchises and within five years had 190 franchisees and 400 Kentucky Fried Chicken locations.
Quote: "Feed the poor and get rich or feed the rich and get poor."
Lesson: It may not be the idea that's unsuccessful; it may be the execution strategy. 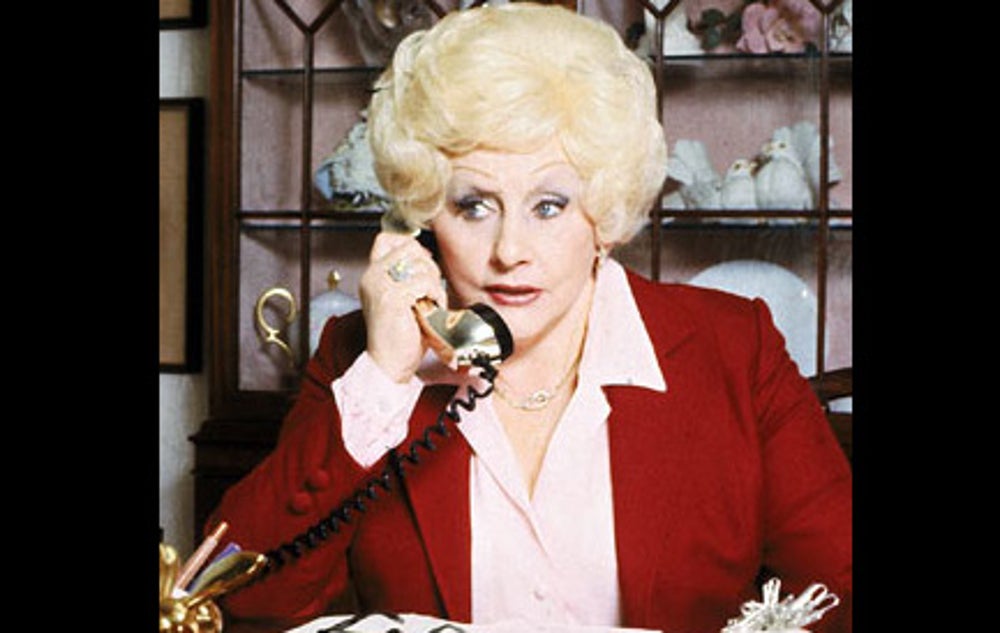 Company: Mary Kay Cosmetics Inc.
Setback: After 25 years in sales at Stanley Home Products, Ash resigned in 1963 frustrated that the firm overlooked her for promotions even as men she trained rose through the ranks.
Turnaround: Ash began writing an advice book for businesswomen and soon realized she was writing a business plan for herself. Mary Kay Cosmetics was born. The company reached $2.5 billion in wholesale sales worldwide in 2009.
Quote: "For every failure, there's an alternative course of action. You just have to find it. When you come to a roadblock, take a detour."
Lesson: Some of the best business ideas come out of personal experience. 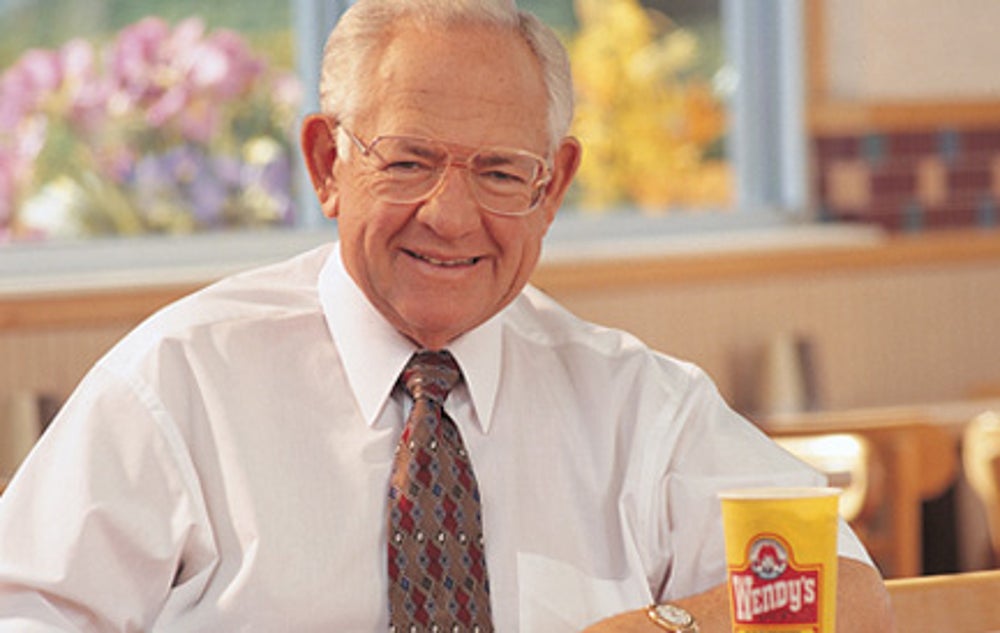 Company: Wendy's
Setback: Thomas retired as Wendy's CEO in 1982, 13 years after founding what had become one of the largest fast-food chains in the U.S. Within years, the company revenues sagged as some customers were unimpressed with a new breakfast menu, and cleanliness and service standards slipped at franchises.
Turnaround: One of the company's leading franchisees, James Near, became its top executive and managed a turnaround. Thomas came out of semi-retirement and filled a crucial role as the company's spokesman in its advertisements, leading one of the company's most-successful advertising campaigns.
Quote: "Take care of your business and your business will take care of you."
Lesson: Having a strong leader at the helm can make a world of difference in the success or failure of a company. 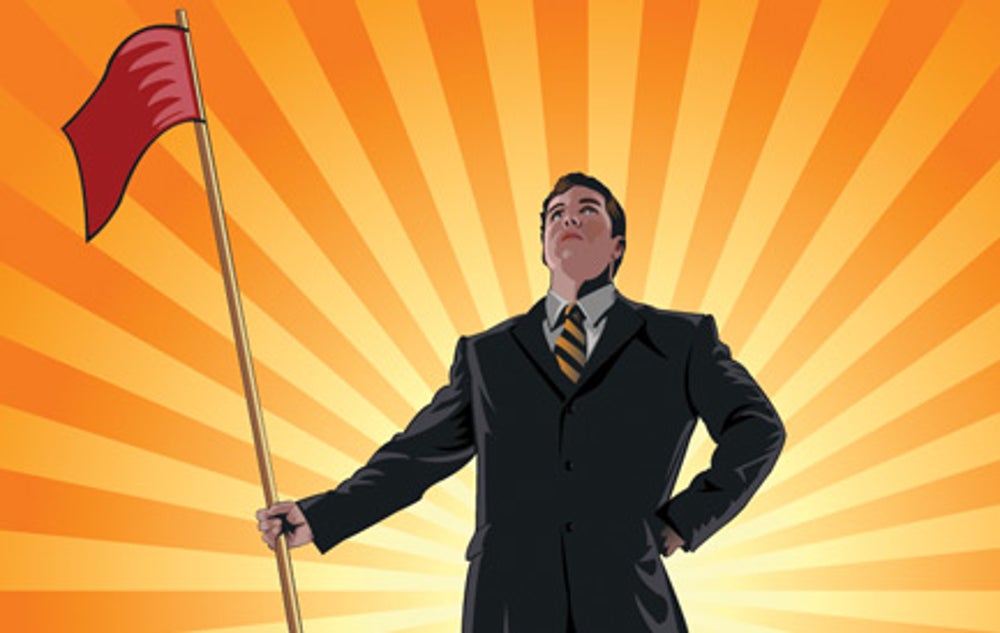 Rallying the Team for a Recovery
How encouraging employees to come up with ideas helped one company get creative in serving its clients.

A Reinvention for the Long Haul
How a focus on innovation sparked a rebound from the recession.

When Peers Prompt a Turnaround
As part of our Small Business Comebacks series, a Cincinnati-based IT company reaches out for guidance to stage a comeback.