The Best and Worst Online Franchise Promotions of 2012

Discover how two entrepreneurs used unconventional business strategies to turn their startup into a multimillion-dollar company.
Jason Daley
December 20, 2012 8 min read
Opinions expressed by Entrepreneur contributors are their own.

Franchises have taken to social media in a big way--with varied results.From Moe's Southwest Grill's viral video of items exploding in a microwave to Pizza Hunt's odd pizza topping tie-in to the Presidental debates, it was a memorable year for franchises and social media marketing.

Here are our picks for the best, the worst and the just plain craziest online promotions of the past year. 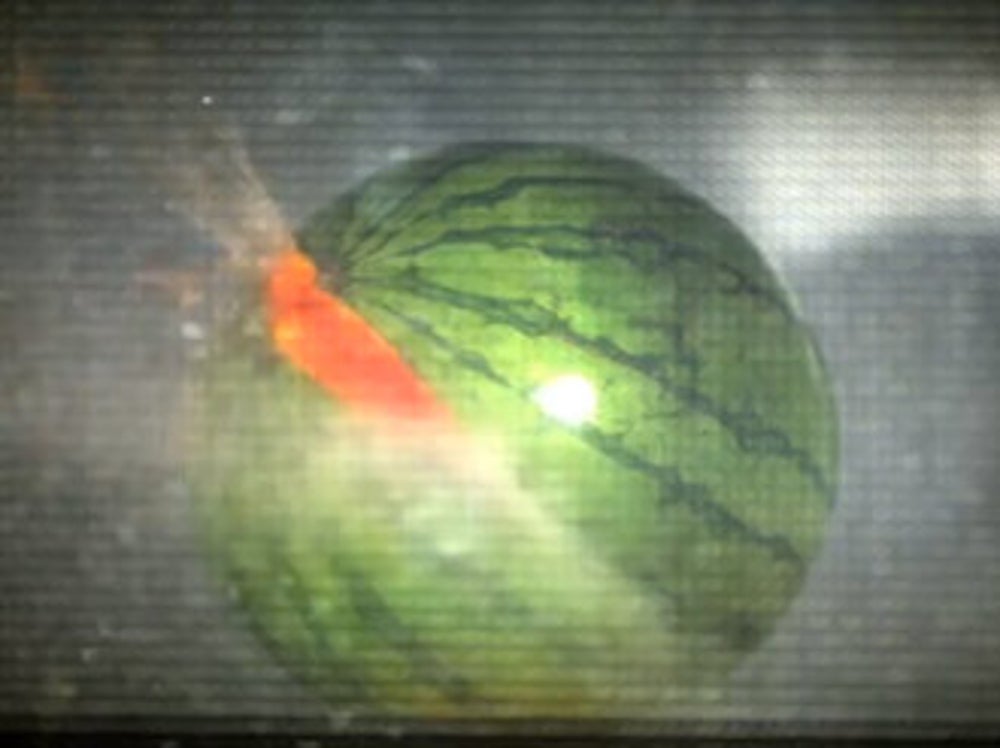 Moe's Southwest Grill
Last January the American economy stopped briefly as people clicked a YouTube link to watch a one-minute video that featured a watermelon splitting open and exploding, a tomato spraying out its guts, a light bulb glowing brightly before detonating and a champagne bottle shattering into thousands of pieces--all inside a microwave. The video was part of a campaign touting the fact that Moe's Southwest Grill, unlike some of its fresh-Mex competitors, never uses microwaves to heat or reheat food. Titled "Microwaves Ruin Everything," the clip was posted on hundreds of websites and has been viewed almost 2 million times. The cost to Moe's for all this exposure?

A ruined microwave and some really hot fruit. 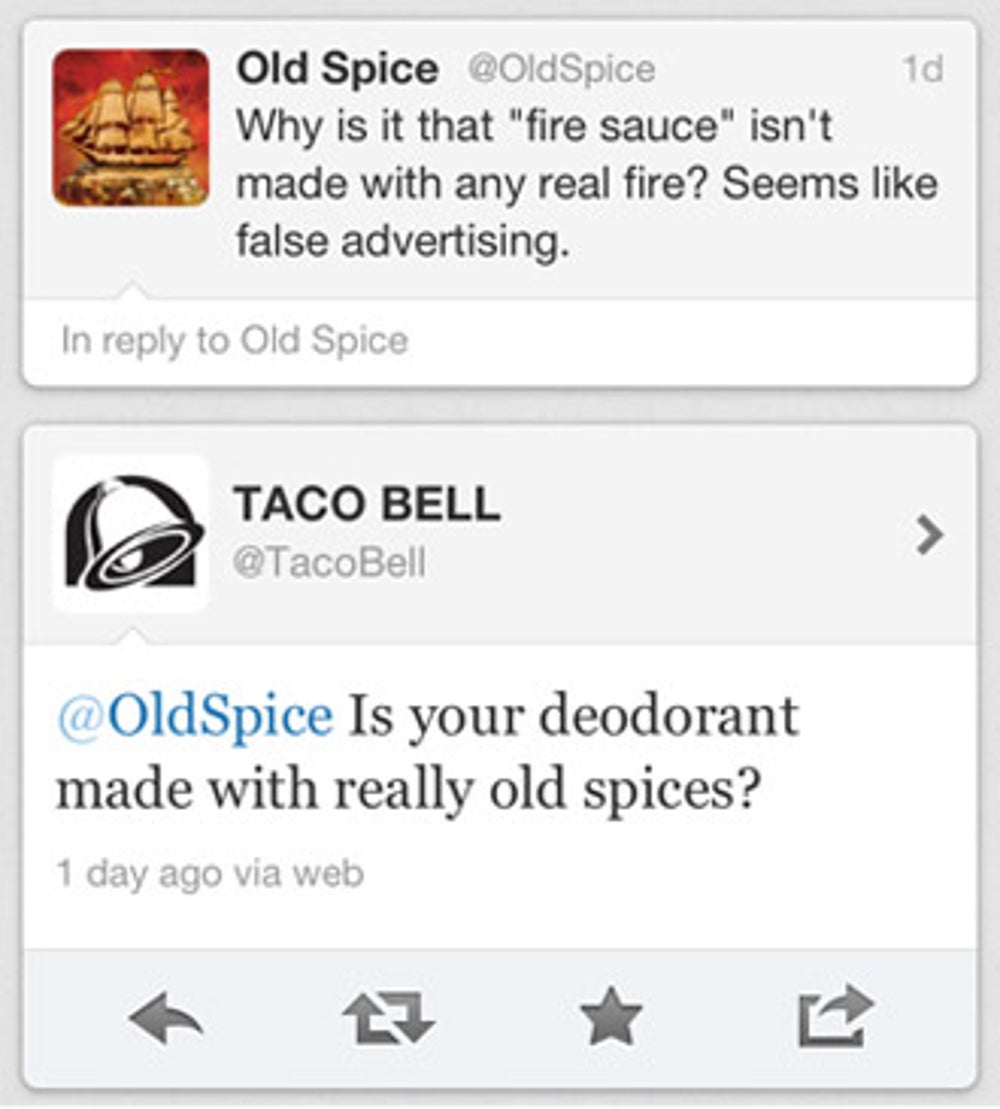 Taco Bell vs. Old Spice
Sometimes one line can tell you more about a brand's personality than a commercial or press release ever could. A brief Twitter exchange in July between Old Spice, which is known for its tweets ribbing other brands, and Taco Bell conveyed the irreverent attitudes of both. When @OldSpice asked @TacoBell, "Why is it that 'fire sauce' isn't made with any real fire? Seems like false advertising," Taco Bell shot back, "Is your deodorant made with really old spices?"

It's the type of humor that hits at both companies' 18- to 34-year-old male demographic, and the Twitter snark-a-thon that ensued was a hilarious win for all. (Although @OldSpice probably came out of the exchange victorious, ending the brief conversation by tweeting, "Depends. Do you consider volcanoes, tanks and freedom to be spices?") 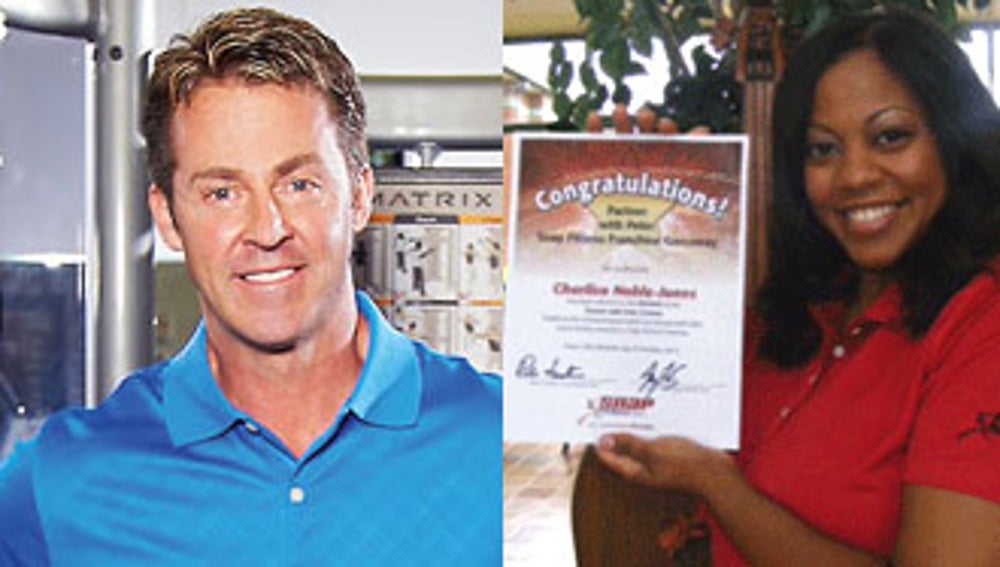 Snap Fitness
Charlice Noble-Jones opened the doors to her Hawkinsville, Ga., Snap Fitness franchise last January--without paying a cent. The fourth-grade teacher was chosen out of more than 2,000 entrants to win the Partner with Peter contest, a Facebook promotion in which aspiring franchisees submitted a 250- to 500-word essay to Snap Fitness CEO Peter Taunton for a chance to win a franchise valued at roughly $250,000. Noble-Jones--a widow and single parent who survived the 9/11 terrorist attacks while working in a building adjacent to the World Trade Center in New York--was informed of the decision at a surprise school assembly. Last we heard, the doors to her gym were still open. 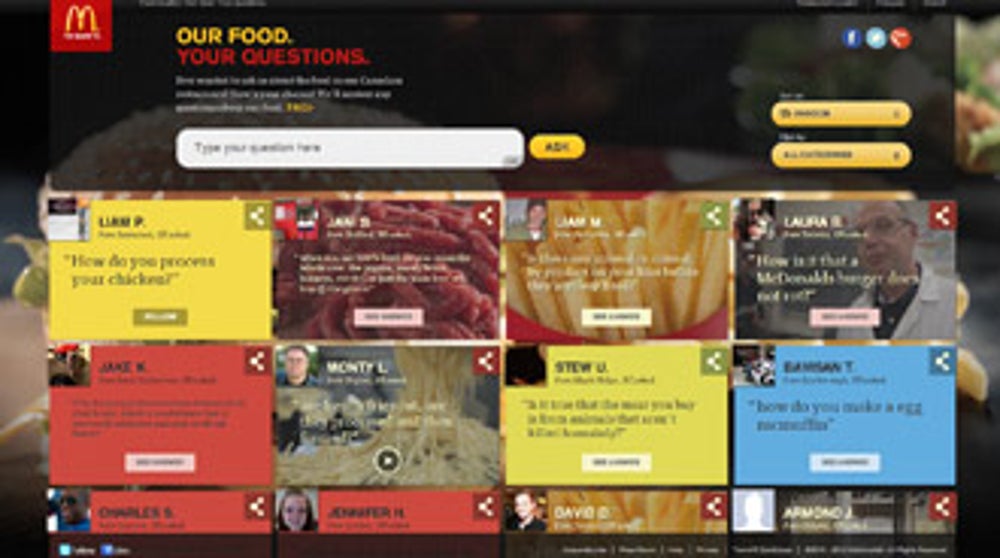 McDonald's Canada
You may have seen a video circulating on the web last summer showing how a photographer primped and prepped a Quarter Pounder With Cheese for a McDonald's photo shoot. It not only showed how the pickles were placed just so and the ketchup squirted on with a syringe; it also explained why the burger that comes in your bag looks a little worse for wear than the one in the advertisement (the gist: The bun shrivels due to steam). But that's not the only inside information at the McDonald's Canada website YourQuestions.Mcdonalds.ca, which answers dozens of customer queries forthrightly, sometimes with a full video for additional explanation. Consumers have asked questions like "Do you use laxatives in your creamer?" "Why don't McDonald's burgers rot?" and "Do you use snouts in your burgers?"--nothing is too weird. It's a win for transparency, and for marketing. But consumers, be careful: It's the type of site that can accidentally eat up your entire afternoon. 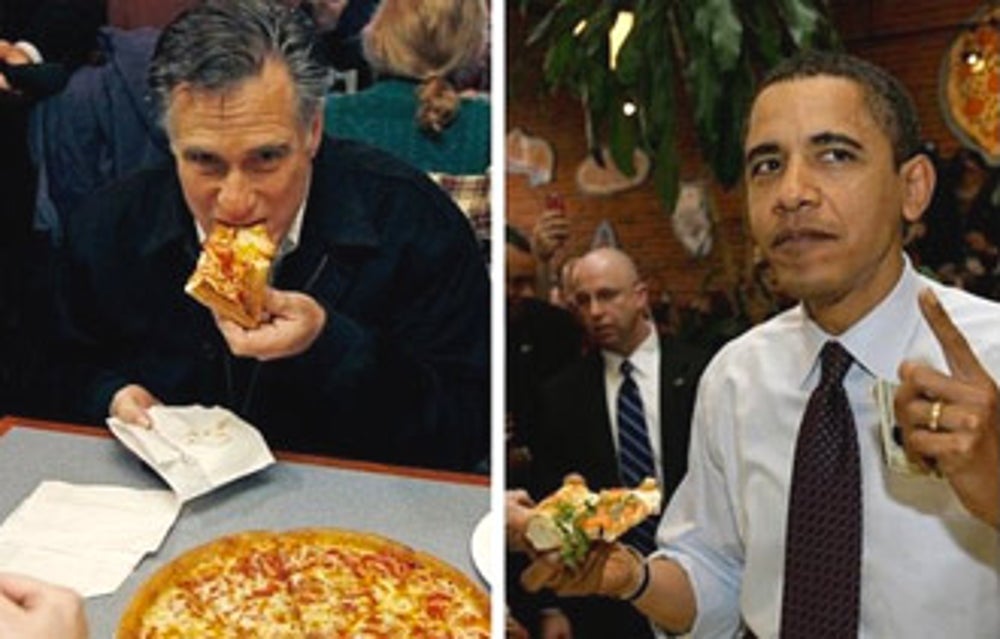 Pizza Hut
Before the town-hall style second presidential debate in October, Pizza Hut made an offer: It would give anyone in the audience free pizza for life if they would ask the candidates that age-old question, "Sausage or pepperoni?" The reaction to the offer was likely not what Pizza Hut expected; it was decried by the media, the advertising community and customers as a gratuitous ploy for attention and for trivializing presidential politics. The company backed down, turning the promotion into an online discussion, and leaving the presidential candidates to answer more substantive questions from the public. Like "Boxers or briefs?" 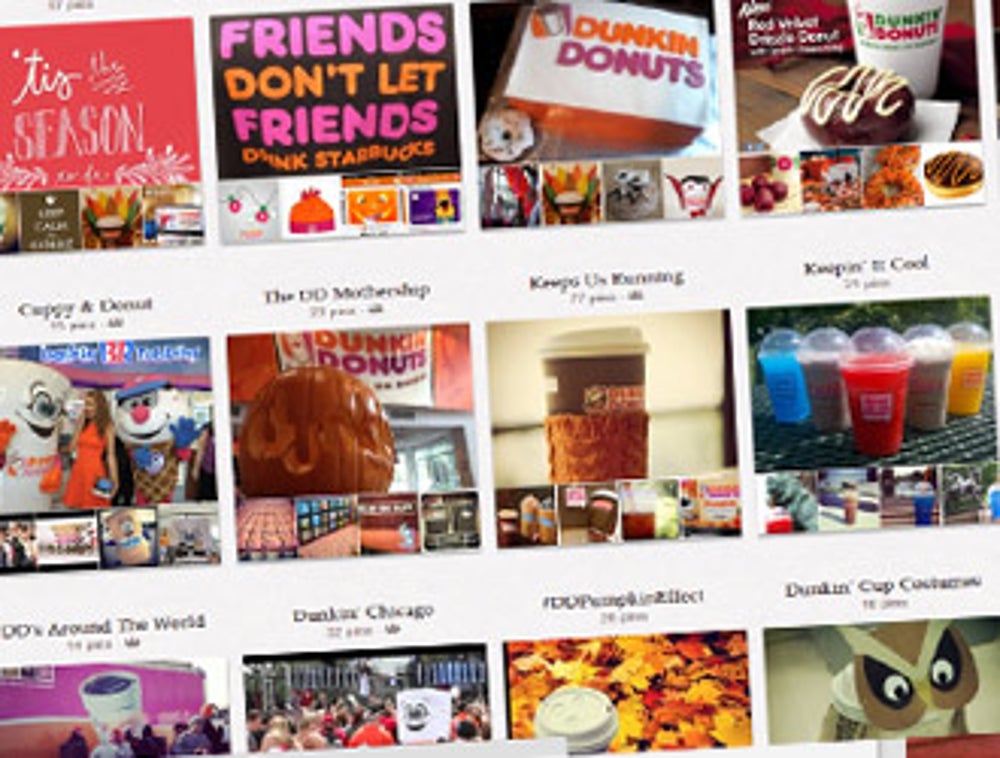 Dunkin' Donuts
Donuts can be beautiful. And strange. That's the take-away after spending some time at the Dunkin' Donuts Pinterest page, the company's social media headquarters. Donuts, it turns out, are perfectly suited for that visual medium, and the fleet of goodies from Dunkin' is fascinating. Chinese mochi-ring donuts, Korean banana donuts, Thai chicken-and-chile donuts and German flower-shaped donuts are featured on the international page, just one of more than a dozen boards that make up the site. There's even a section called "Cooking w/ Dunkin'" with recipes such as a mole sauce that makes use of the brand's coffee. 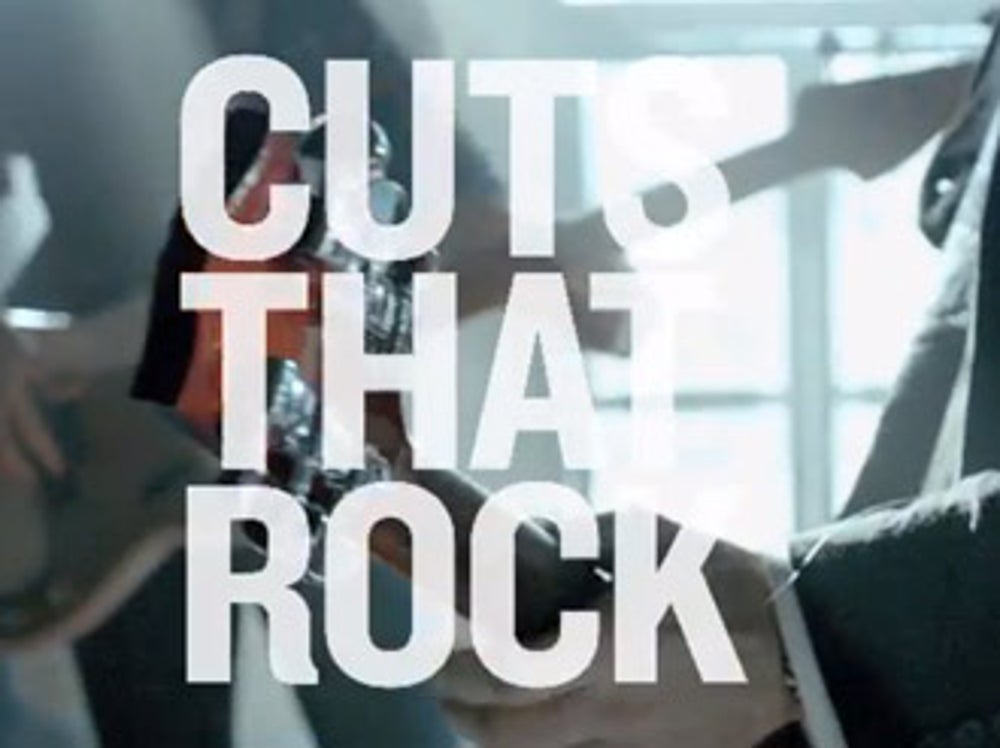 Supercuts
We buy the same sneakers as sports stars. Drink the same cola as rock stars. Wear the same clothes as movie stars. But sadly, we've had no role models when it comes to where we get our hair cut. Until now. Supercuts' Rock the Cut, launched last March, is a multifaceted social media campaign, with commercials featuring musicians talking about their experiences at the salon franchise. But most important has been the Artist Ambassador program, in which the brand enlisted musicians in cities across the U.S. to talk about Supercuts on their social media accounts, reaching a total of more than 6.5 million fans. Add to that a Supercuts-backed iHeartRadio channel, a website full of free music downloads and promotions with Live Nation, and Supercuts is positioning itself to be to music what Red Bull is to extreme sports. We applaud the effort. But please, Supercuts, we're begging--don't let your musicians bring back the mullet. 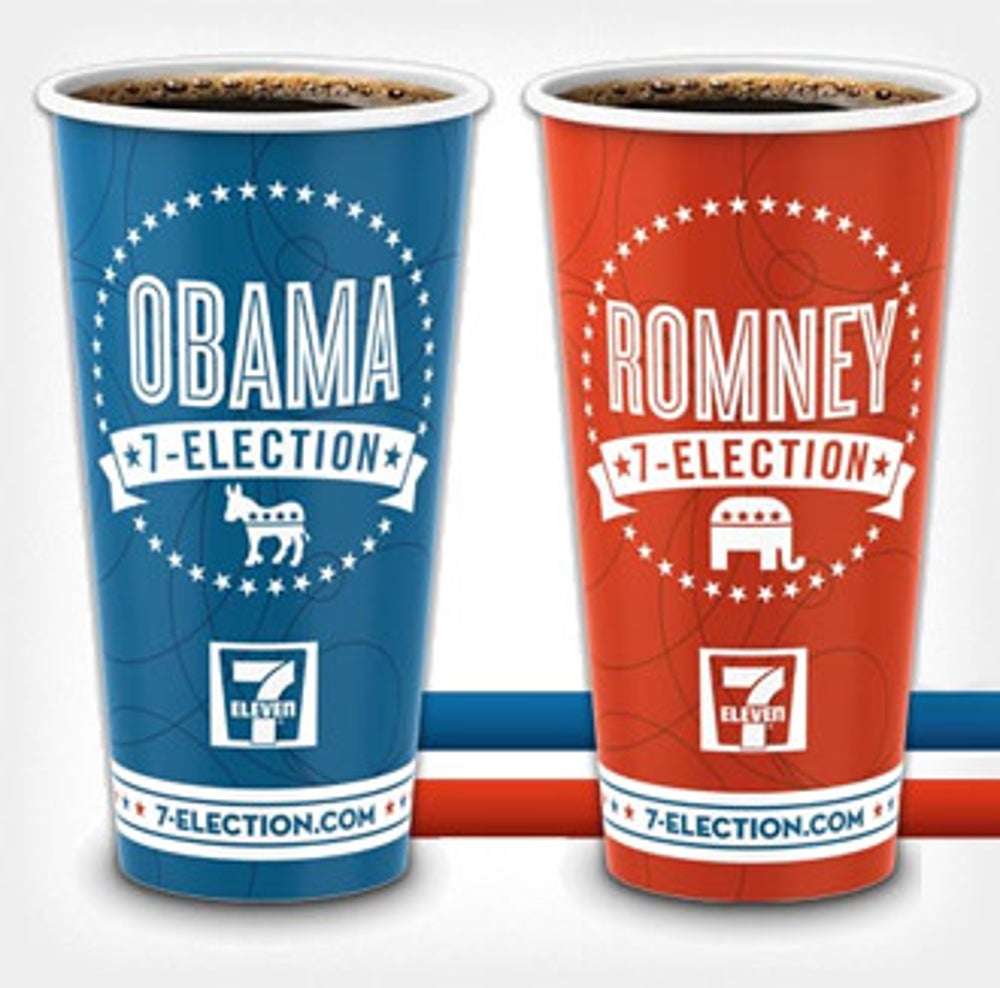 7-Eleven
In the last four presidential elections, 7-Eleven offered coffee buyers the choice of blue cups for Democrats and red cups for Republicans, characterizing the overall numbers as an informal poll on the state of the race. Starting in 2008, the convenience-store franchise went digital with its coffee poll, keeping track of results on 7-Election.com, which offers state-by-state and city-by-city breakdowns of consumers' cup selections. Last year the company launched an API that let digital developers add a widget to their sites with near real-time results. So how accurate was the 2012 poll? Let's just say convenience-store customers liked the incumbent almost as much as they like taquitos. And they like taquitos a lot. 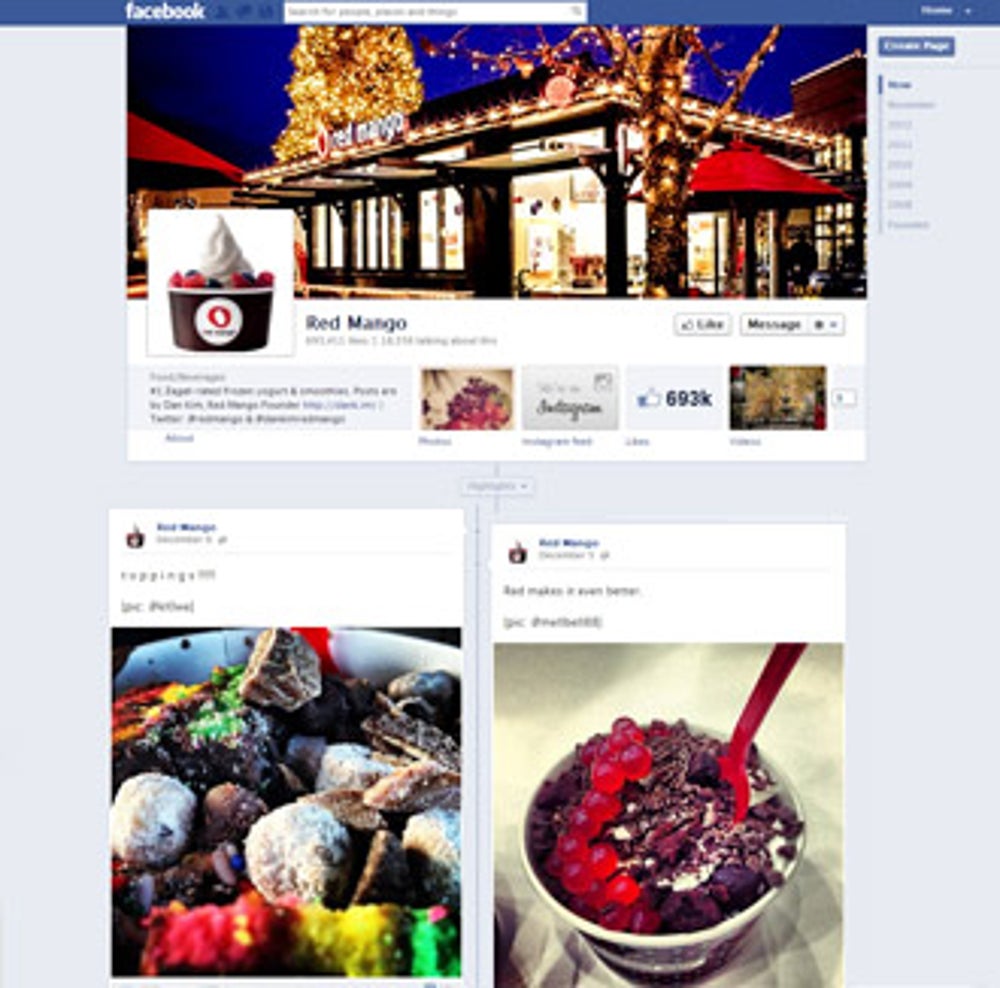 Red Mango
Red Mango has about 200 stores in the U.S.--which makes it tiny compared to some franchise titans. But the little frozen-yogurt chain has a big presence online, ranking No. 3 in the Restaurant Social Media Index, behind Starbucks and Wendy's. The hub of Red Mango's social media juggernaut is its lively Facebook page, where company execs interact with customers who give suggestions for flavor combinations and share photos of their wild yogurt creations. Much of the activity is powered by Red Mango founder Dan Kim himself, a huge social media booster. The most clever post in the last year? An online-only launch of the new flavor "Honey Badger," complete with the tagline: "Try it...or not. We don't care." 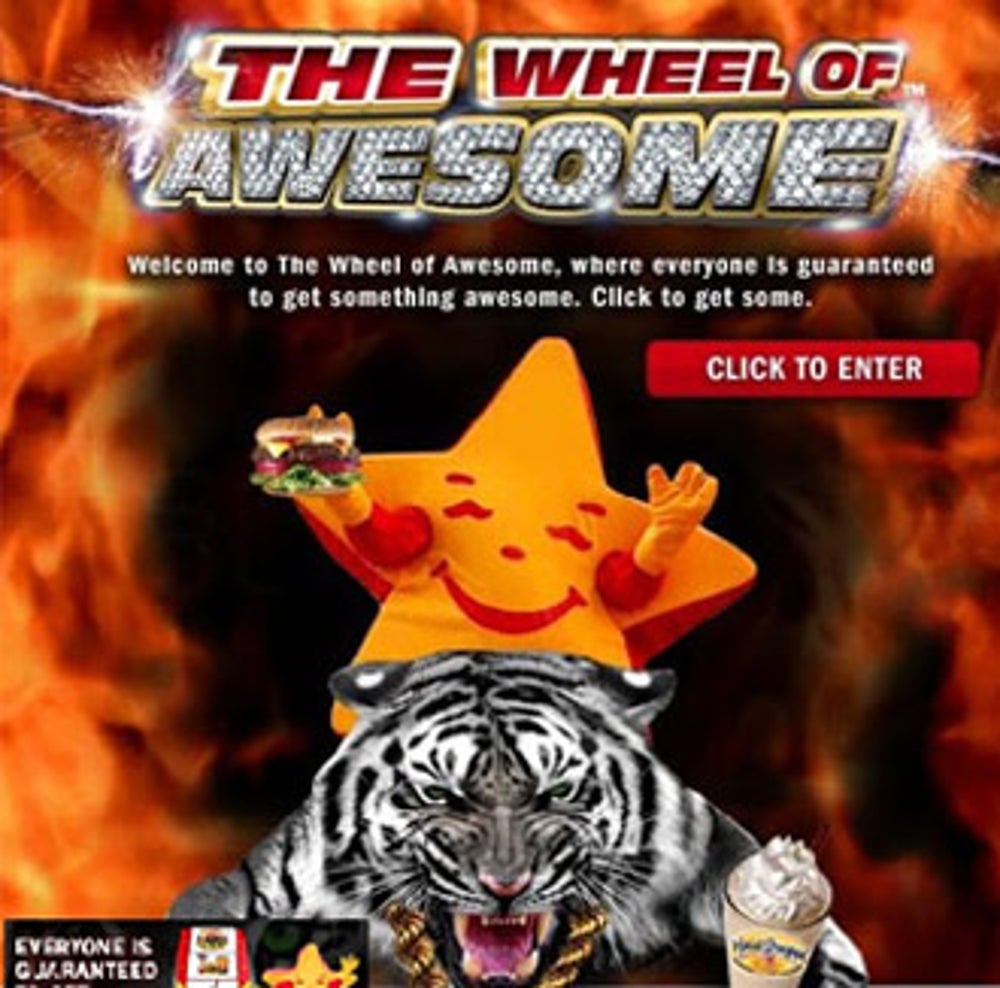 Carl's Jr. and Hardee's
Restaurant apps often do little but take up memory on your smartphone; they're just lists of locations and menus or, worse, poorly disguised advertising buttons. But Happy Star Rewards from Carl's Jr. and Hardee's is an app and loyalty rewards card rolled into one, no stamps or punches needed. The first time you check in to a restaurant using the app (and every fourth time thereafter) you earn a spin on "The Wheel of Awesome," with a guaranteed prize--usually food, but sometimes big-ticket items like cameras or Blu-ray players. Finally, an app you can eat. 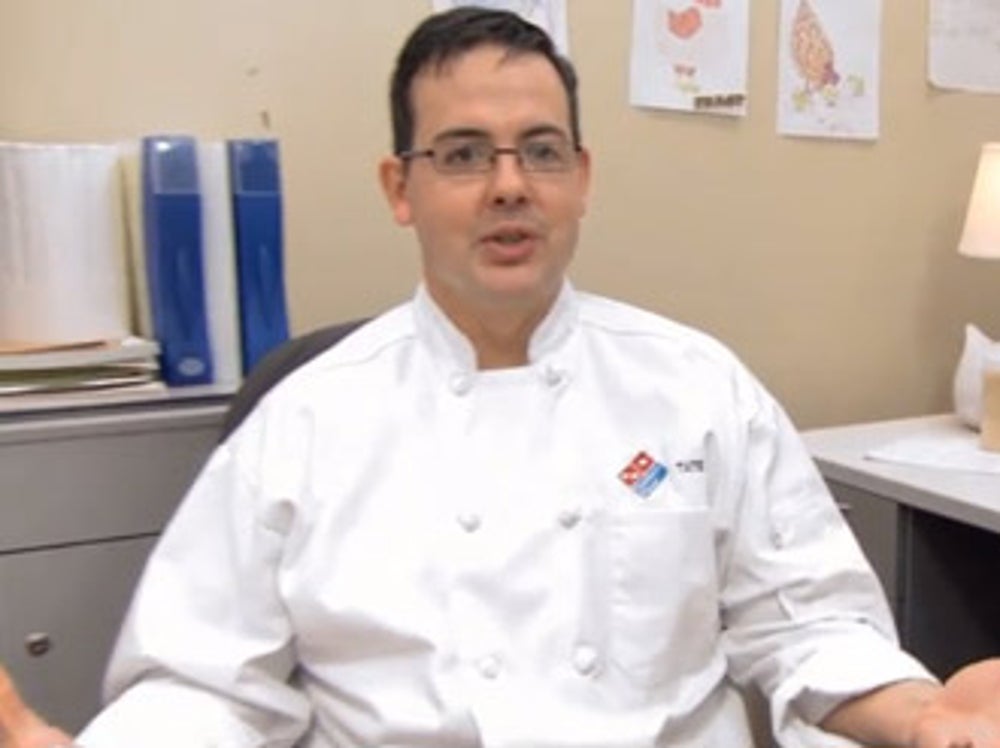 Domino's Pizza
In 2011 Domino's Pizza launched a line of revamped boneless chicken and wings created by chef Tate Dillow. On the package, the company printed a Twitter account and web address, inviting customers to "Rate Tate's Chicken." We think perhaps Domino's had not seen the internets before? Almost immediately, Twitter and the site were bombarded with negative comments and insults to Tate's dignity. So why are we rehashing this incident now? Because #DPZChicken (so-called after Domino's stock ticker) is still going strong a year and a half later, with users posting comments like, "Tate's chicken was not any good. I feel cheated #ripoff" and, on the website, "What a waste of chicken; better off keeping the bird alive." Viva la First Amendment. 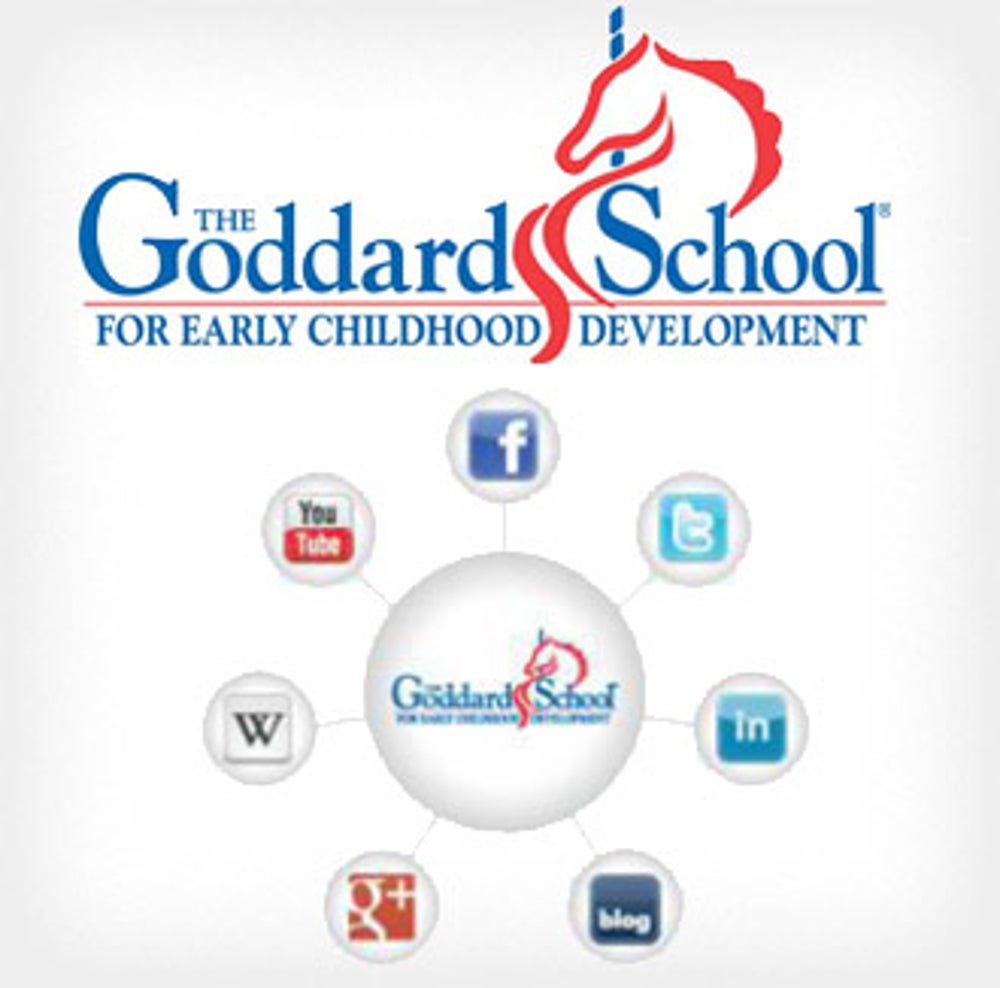 The Goddard School
The genius of Goddard's social media campaigns is that the early-childhood-education franchise uses technology to encourage people to get away from their computers. Goddard Community Games and Goddard School Block Party are nationwide events designed to teach kids--and parents--the importance of playing, rather than slouching in front of a computer or TV screen. Ironically, the primary way Goddard gets the word out about its real-world events is through Facebook, Twitter and its blog, which is also a great resource for parenting advice and recipes. For finding the balance between information, entertainment and positive persuasion, Goddard is getting social media right.