We fell for Paul Newman's acting talents long before we bought his salad dressing. And Dr. Dre mapped the future of hip-hop before his Beats headphones made him incredibly rich.

Actors and musicians often step outside of entertainment and expand their names' power into the retail, restaurant, liquor and investment industries.

Sometimes, these side businesses rake in enough that it's surprising they aren't what the celebrity is primarily known for.

Check out these 15 celebrities who invested in other areas and hit big. 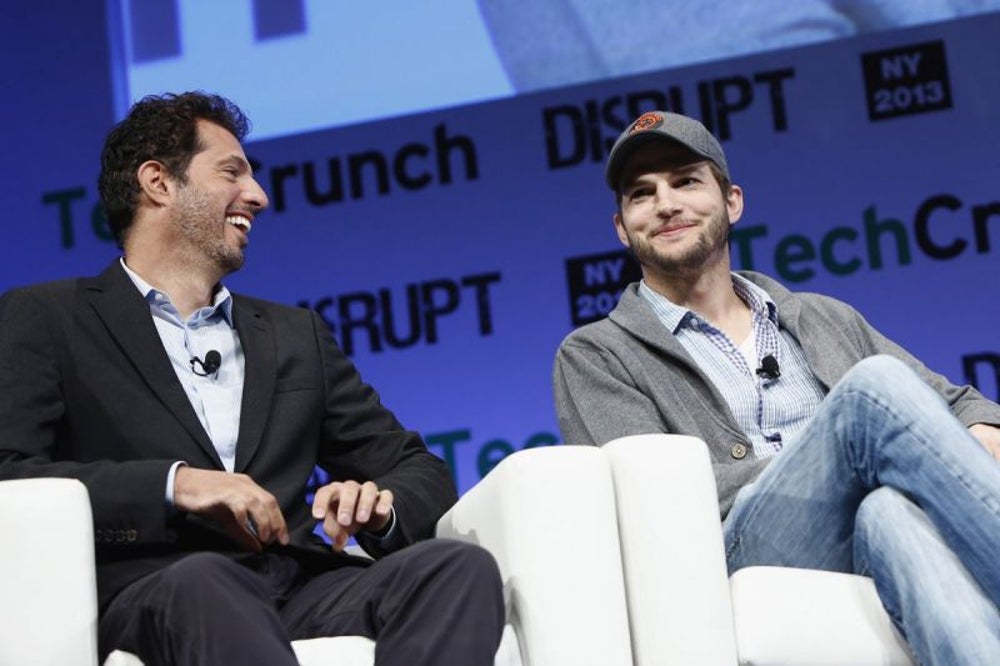 You have a lot to thank Ashton Kutcher for. 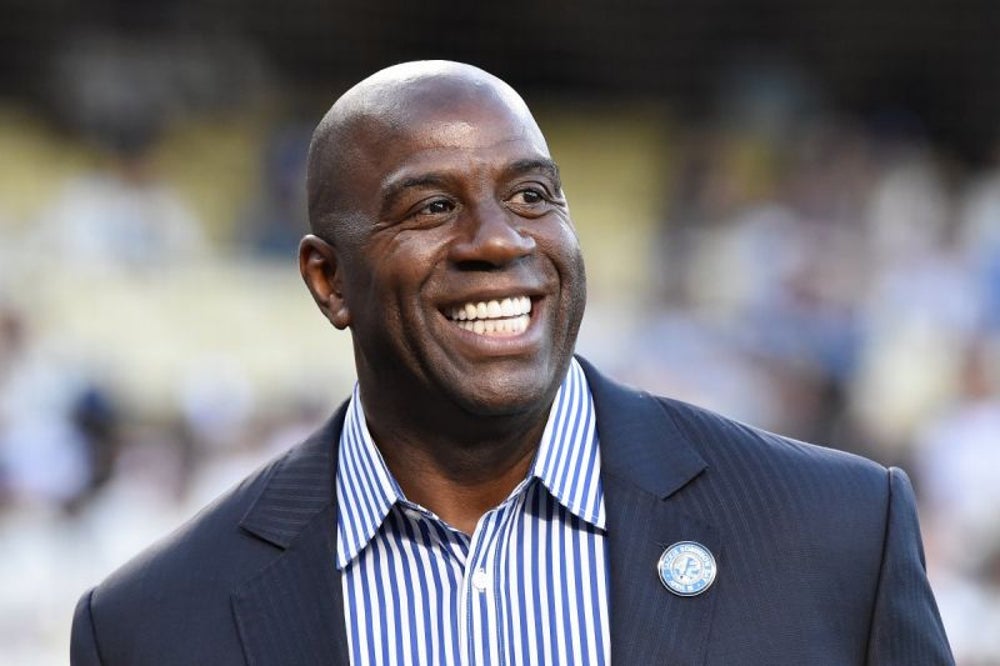 The NBA legend founded his investment company in 1987 with a mission to strengthen urban and underserved communities.

Throughout the history of the company, he's had deals with Pepsi-Cola, Sony Retail Entertainment (to create the multiplexes of Magic Johnson Theatres), T.G.I. Friday’s, Founders National Bank, 24 Hour Fitness, Burger King, Best Buy and more. In 2010, his deals to sell his stake in the Los Angeles Lakers and his 125 Starbucks stores netted him about $100 million. In 2012, he became co-owner of the LA Dodgers, a purchase of $2 billion. MJE is reportedly worth $1 billion.

Magic on the basketball court, and magic in the boardroom. 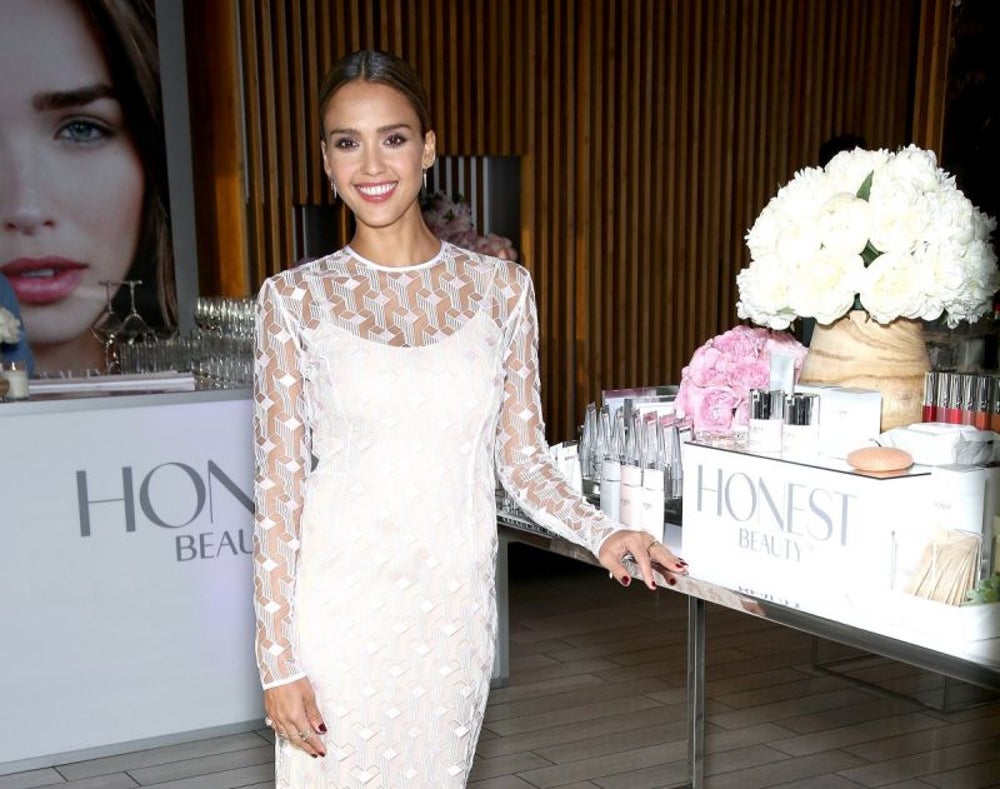 Image credit: Paul Zimmerman/ Getty Images
In 2011, the “Dark Angel” and “Fantastic Four” actress cofounded The Honest Company, which supplies nontoxic household products and has a promise of transparency with its Honestly FREE Guarantee to tell customers the origins of the products. Though its claims have faced scrutiny, the company was valued at $1.7 billion in 2015. That’s a lot of diapers sold. 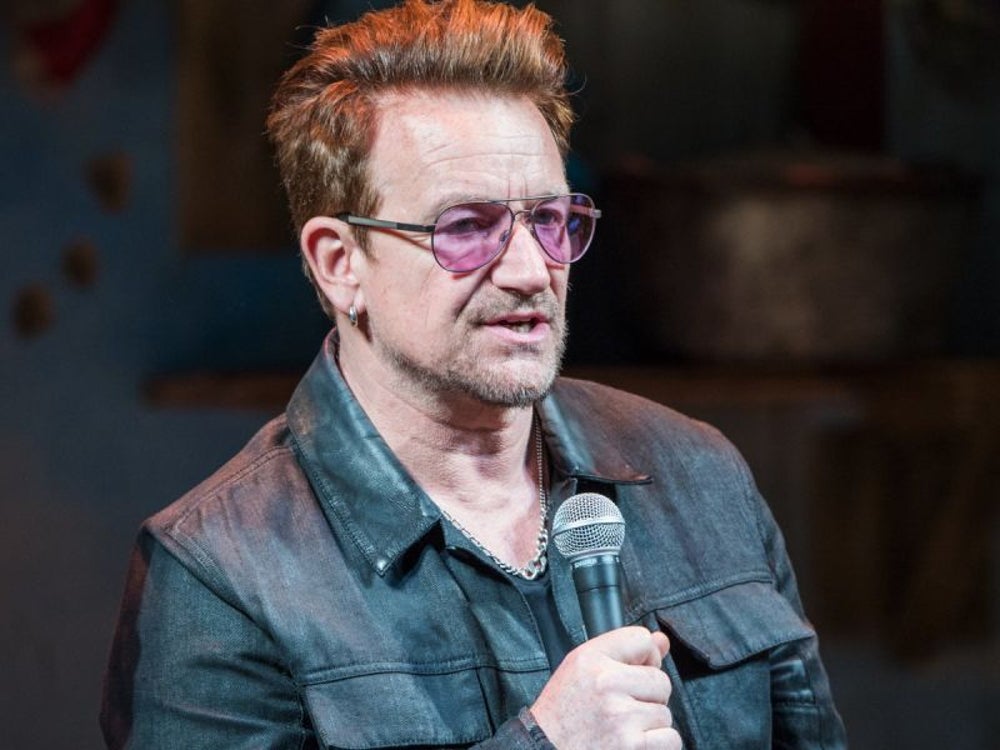 Everyone knows Bono for his sunglasses, U2 fame and activism, but not so much the fact that he's a cofounder of Elevation Partners, a private-equity firm that invests in new media and technology.

The firm is named after the U2 song “Elevation.” According to Bloomberg, Elevation Partners has invested $1.76 billion, with a 12% net internal rate of return. And you might recognize some names from its portfolio: Palm, Inc., Facebook, Forbes and Yelp.

The Independent reported that the group brought in $1.4 billion from its investment in Facebook alone. 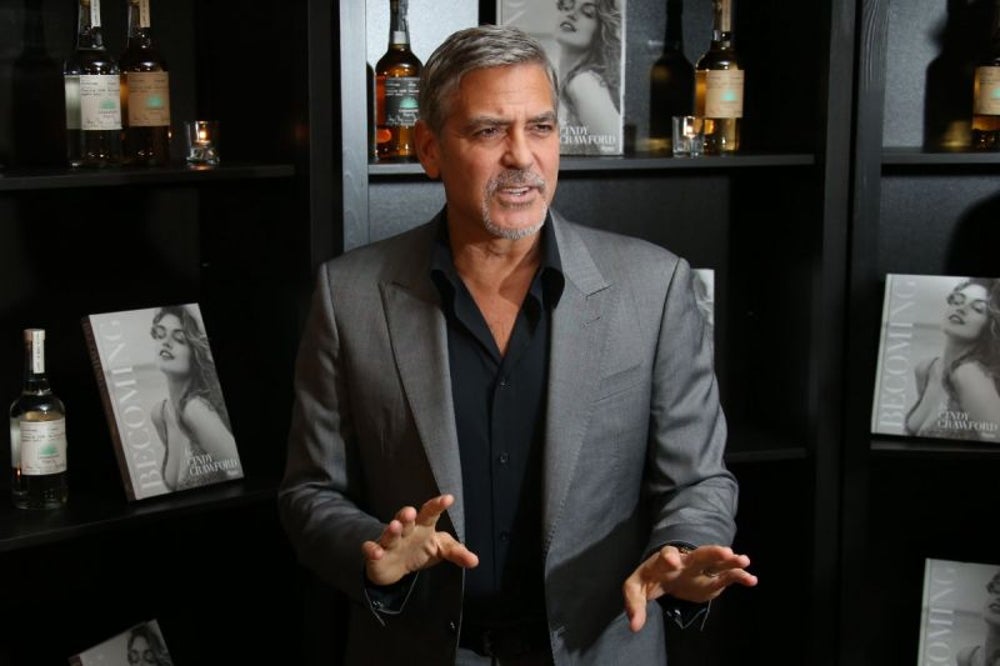 George Clooney and Rande Gerber, husband of Cindy Crawford, at one time had twin Mexican mansions and then decided to have their own house tequila.

The two worked with a master distiller to perfect it, and after drinking about 1,000 bottles a year, Clooney and Gerber went legit and began selling it in 2013. The tequila has been very successful and won gold medals from several spirits competitions and was listed as an Oprah favorite.

It's apparently so good that you could get in bed with Clooney or Crawford. 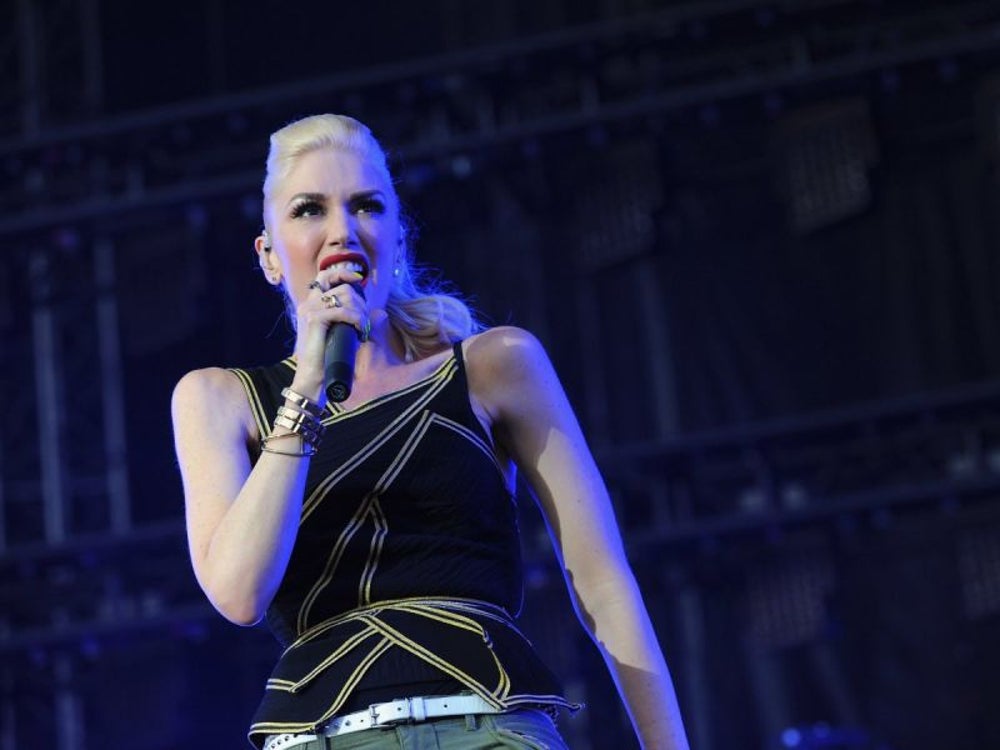 The No Doubt rocker took her distinctive stage style and offered it to the world.

L.A.M.B. was founded in 2003 and features shoes, handbags and sunglasses. Her collections were standouts at the spring and summer New York Fashion Weeks from 2006 to 2008. Stars Reese Witherspoon, Cameron Diaz, Carrie Underwood and more have all worn Stefani’s designs. L.A.M.B. shoes can come with a price tag of up to $300. “Rich Girl” seems even more fitting now. 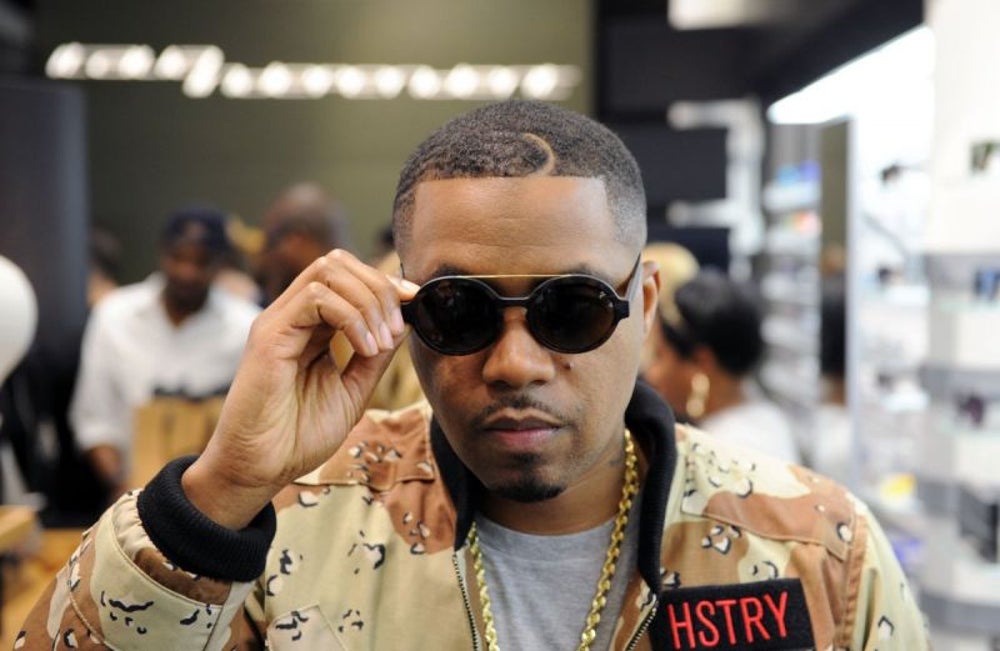 The rapper hasn’t put out a new album lately, but he hasn’t paused his entrepreneurial career.

Nas’ venture-capital firm has backed major services like Dropbox and Lyft -- which have a $10 billion and $5.5 billion valuation, respectively -- along with Tilt, Casper, Virgin Mega and more. Out of the 100 companies that pitch to QBVP each month, Nas’ partner Anthony Saleh told CNBC that the firm invests in about 20 a year, with a backing that ranges from $100,000 to $500,000 a company.

To pinpoint one interesting investment choice, Nas joined a $4 million investment deal with others for a startup that creates energy bars with cricket flour.

Nas also has his own clothing company called HSTRY, which came out with a special “Ghostbusters”-themed line in May. 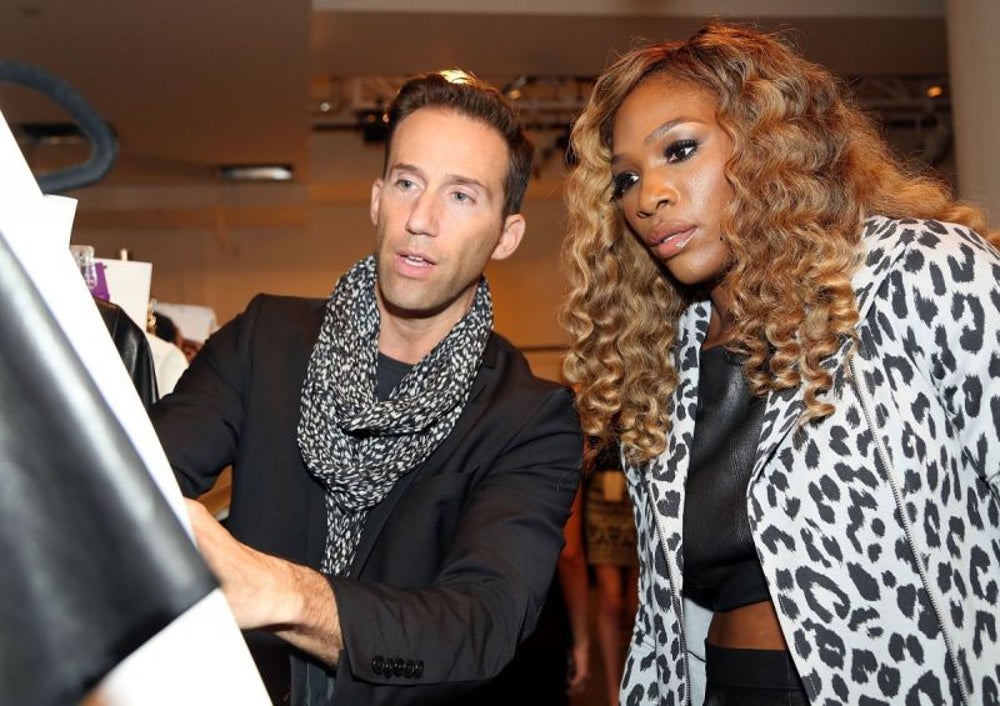 Image credit: Monica Schipper/ Getty Images
When she isn’t dominating on the tennis court or dancing for Beyoncé, Serena Williams is designing her own line at HSN. It debuted at New York Fashion Week and has earned her the mentorship of Vogue editor Anna Wintour. Her collection ranges from $30 to $70, and has updated looks for tunics, fringe jackets and more. 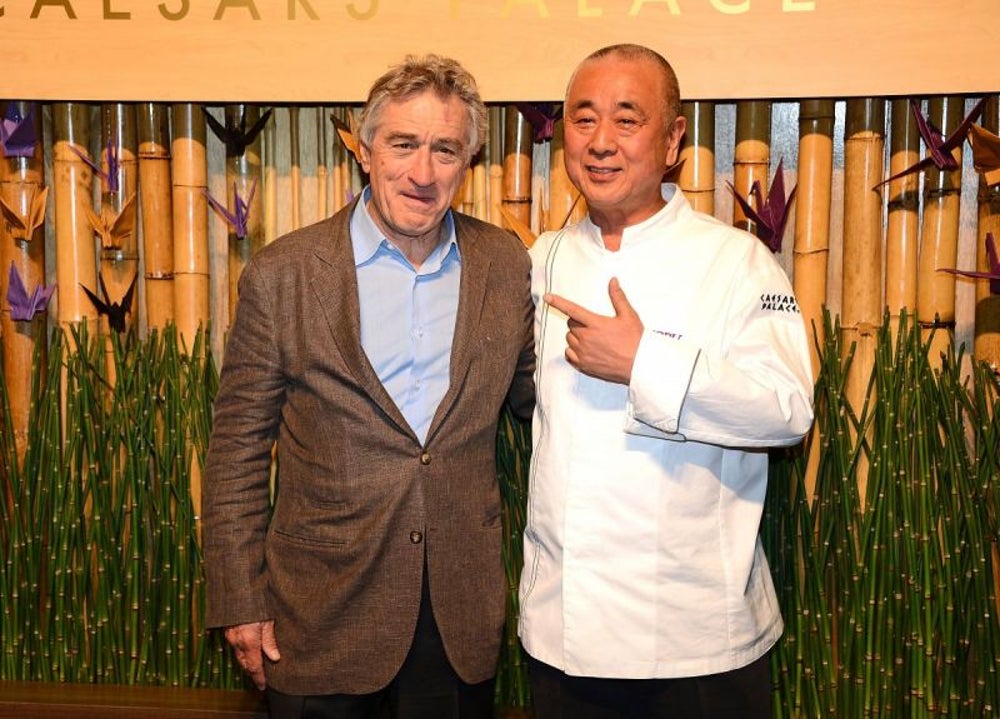 The Goodfellas and Taxi Driver legend showed he has refined tastes when he invested, with two others, in acclaimed chef Nobuyuki Matsuhisa, mastermind of Nobu.

The four together launched Nobu Fifty Seven in 2005. Now they have the Nobu Restaurants chain of more than 30 locations worldwide. When a fifth investor purchased a share in 2015, Reuters reported that the valuation of the restaurant and hotel chain was a half-billion dollars. Though there are less kind things mentioned about the hotels than the sushi restaurants.

Will Ferrell, "Funny or Die" 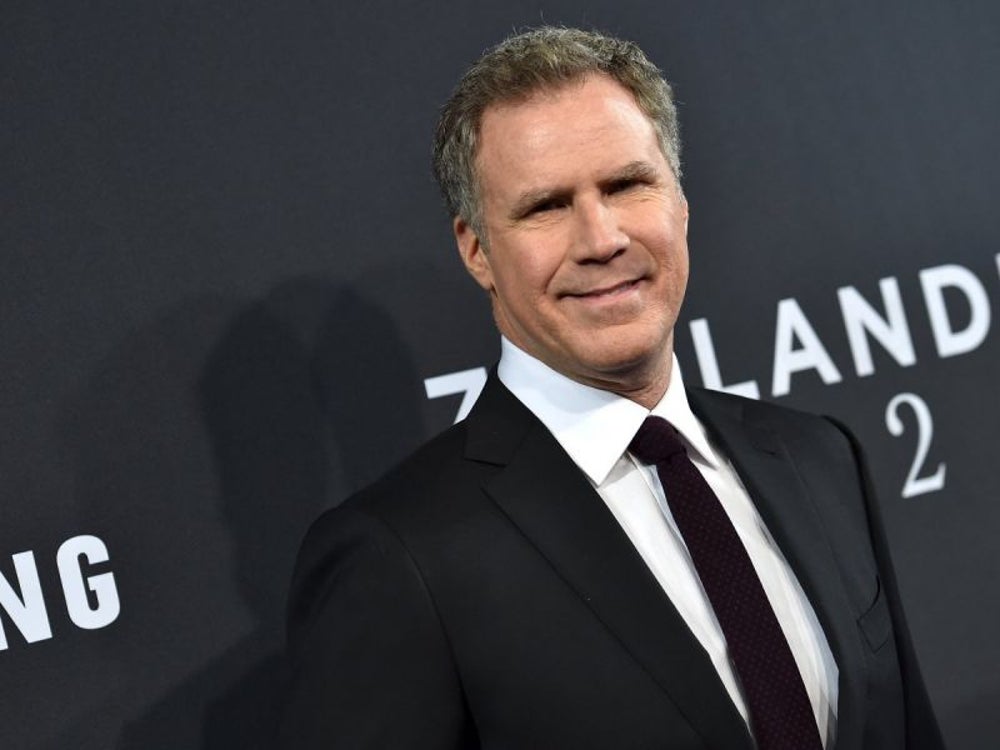 Will Ferrell is responsible for a lot of comedy, including Anchorman and Elf, but his name is also attached to Between Two Ferns, Drunk History and the recent Donald Trump’s The Art of the Deal: The Movie. The comedy legend is a founding father of Funny or Die, a comedy-video website that hosts user-generated content as well as exclusives with celebrities, including Judd Apatow, Charlize Theron, Jennifer Lawrence and Jon Hamm.

The website remains popular but has recently experienced some internal turmoil. A deal ultimately fell through for the site to be sold, though it did make public an estimated $300 million valuation and recently closed a California office and lost 30% of its staff. 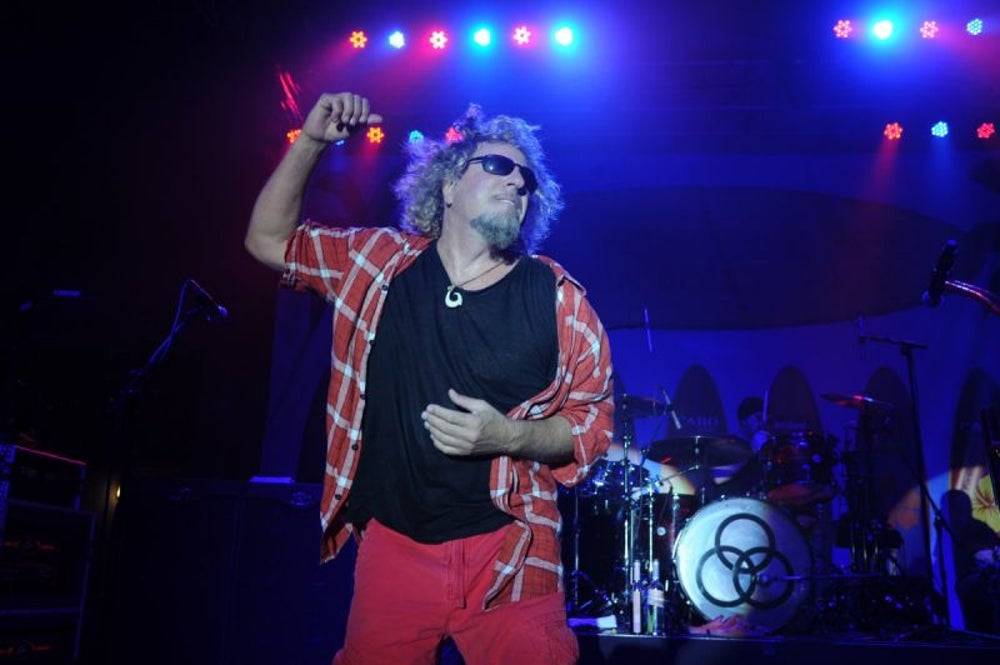 The Red Rocker and Van Halen singer has made a killing thanks to Cabo Wabo. The fun name isn't just a Van Halen song. It's also Hagar’s chain of restaurants and nightclubs in Cabo San Lucas, Hollywood, Lake Tahoe and Las Vegas. Initially, it was a failure, but Hagar bought out his bandmates, got a new partner in 1994 and remodeled.

Cabo Wabo was also the name of a tequila Hagar owned, though he sold that in 2007 for $80 million, according to CNN. 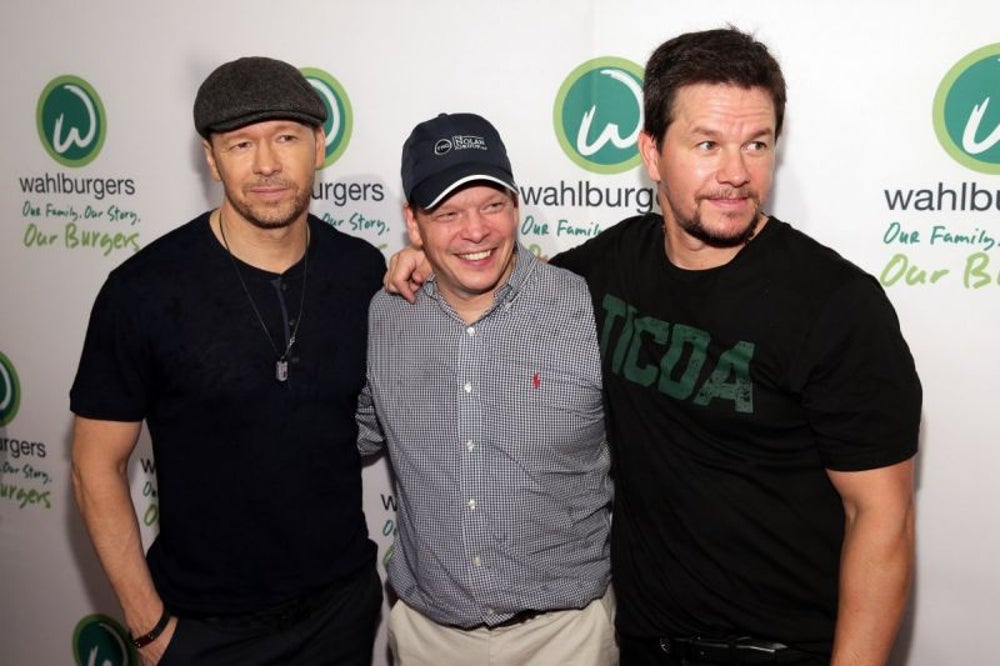 Mark and Donnie might have bigger names, but Paul is the star of Wahlburgers.

The Wahlberg brothers opened the restaurant chain in 2011, with the first location in Hingham, Massachusetts -- an hour from the Wahlbergs’ hometown of Boston. The chain now has multiple locations in Massachusetts, Las Vegas, and Philadelphia and one in Coney Island. But as Business Insider reported, the chain will expand to 118 locations in the next five to seven years. The original location earns $5 million in sales annually.

You can get a more in-depth look into the Wahlbergs’ lives and the gourmet-burger chain on A&E’s Emmy-nominated reality series, “Wahlburgers.” 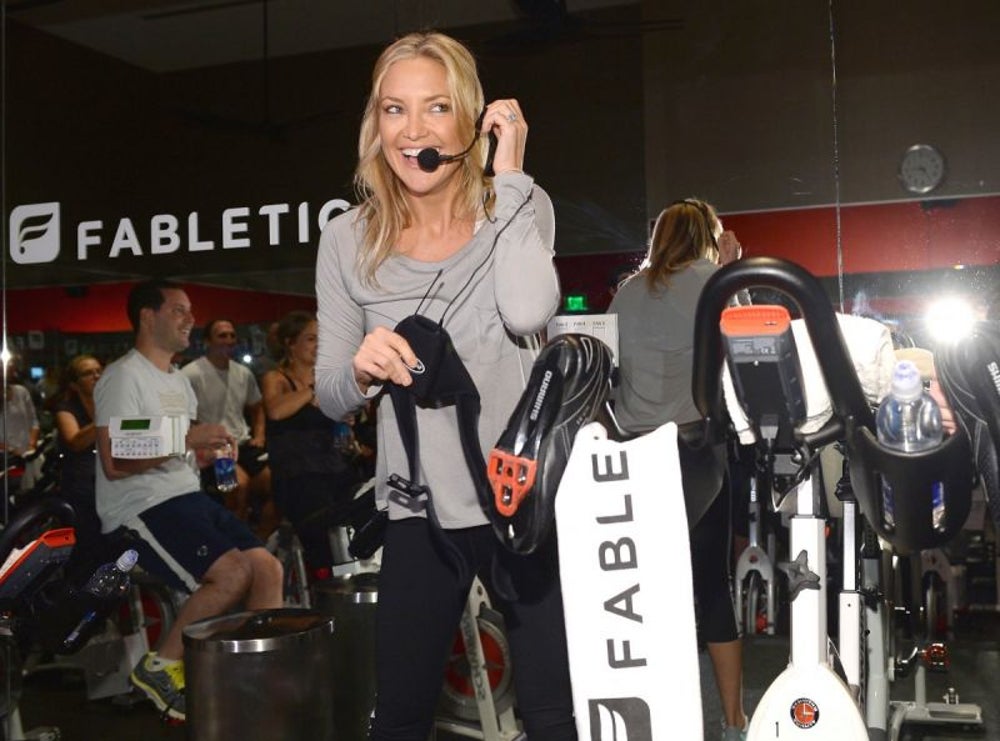 The Almost Famous and How to Lose a Guy in 10 Days actress found major success with her Fabletics athletic-wear line from JustFab.

According to Bloomberg, Fabletics is JustFab’s fastest-growing label, with sales tripling from $50 million to $150 million in its second year. With the online success, Fabletics has a plan over the next three to five years to open 75 to 100 brick-and-mortar stores, according to Forbes.

Despite the backlash over JustFab’s business model, Fabletics is still growing. 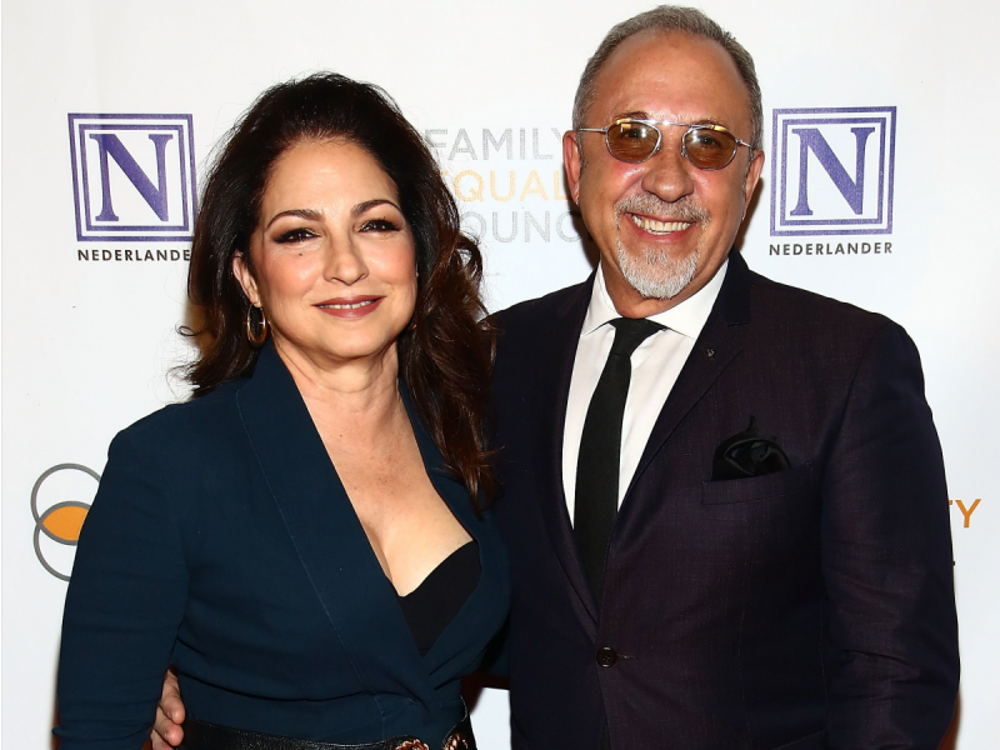 Gloria and Emilio Estefan are legends in the music business, but the two make quite a living from their other ventures in Florida. Both Bongos Cuban Cafe and Larios on the Beach are favorites among locals and have won many awards, while Larios specifically helped rebuild the South Beach area, according to The Miami Herald. Their hotels, Costa d'Este and The Cardozo, are just as successful. Visit Florida even dubbed Costa d'Este a “hidden jewel.”

The duo also became minority owners of the Miami Dolphins, a team valued by Forbes at $1.8 billion, in 2009.

Gloria is also on the board of directors for Univision, which was valued at about $20 billion, according to The Hollywood Reporter. 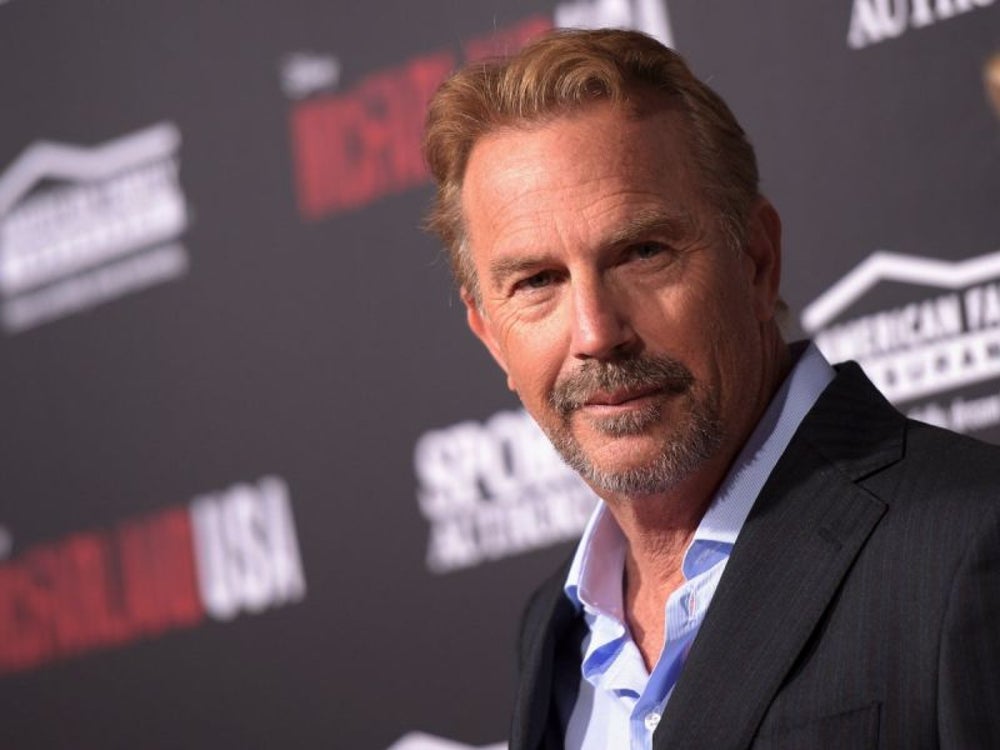 The Bodyguard and Field of Dreams actor is in a field you probably wouldn’t expect.

According to Gawker, Costner was inspired to create a device that would separate water from oil after the Exxon Valdez oil spill in 1989 and his own film “Waterworld.” In 2010, BP bought 32 units to help clean up the disaster left by the oil spill in the Gulf of Mexico. The devices can separate 200 gallons of oil from water a minute, according to The New York Times. Business Insider reported that Costner made $15 million from the deal.