10 Weird Habits That Can Actually Be Good for You

From cursing to fidgeting to eating chocolate, these so-called 'bad habits' can actually benefit you.
Next Article

From sleeping in to eating chocolate to fidgeting, sometimes what we think are some of our worst habits can actually be strengths. Whether it’s pressure from society or pressure from our parents, we’re constantly told and even trained not to do certain things, such as cut back on using profanity or drinking alcohol. But the truth is, some of our so-called vices can actually add incredible value to our lives.

Related: 10 Horrible Habits You're Doing Right Now That Are Draining Your Energy

Recent research reveals that cursing is actually a great way to let off steam, build strength and even be more honest. In fact, there’s a direct positive correlation between profanity and honesty, and people who tend to use a “shit” or “fuck” here and there are actually more in touch with their emotional states. Another habit that’s actually good for you? Talking to yourself. While you might get some crazy looks from people, talking to yourself helps build problem-solving skills and can reduce stress.

So before you try and squash all your strange habits, find out if they may have a hidden benefit. Here are 10 weird habits that can actually be good for you. 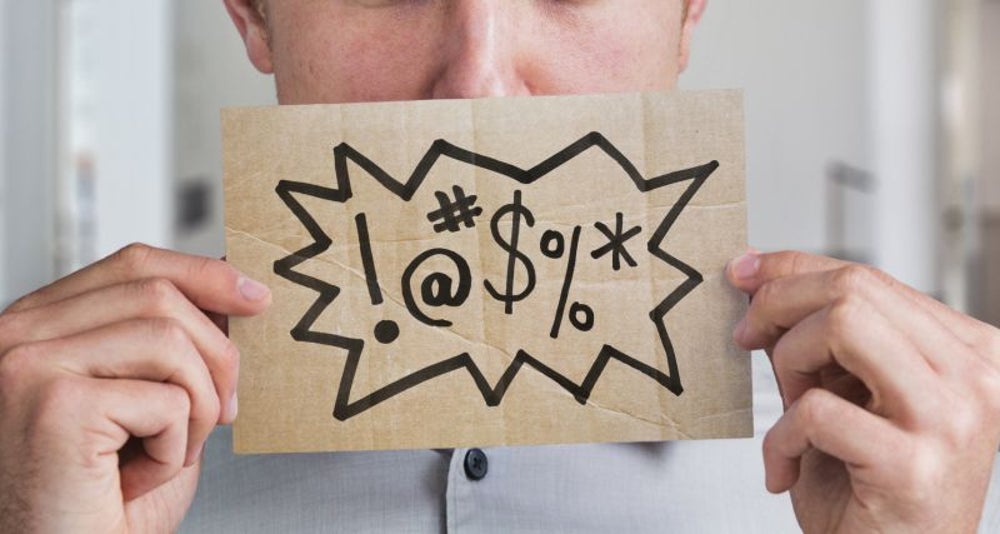 Whatever your beliefs are on profanity, it turns out a “shit” or a “fuck” every once in a while can actually benefit you. According to recent research, cursing holds a number of valuable functions. For starters, curse words, especially words like shit and fuck, which are very versatile, can add incredible emphasis and emotion to your speaking and even writing, helping you better get a point or idea across.

Swearing is also a great stress-reliever -- an earlier study showed that people who cursed while enduring something painful had a significantly higher pain tolerance than those who didn’t curse. Another study found that people who swore while doing strength-building exercises showed more strength and endurance. People who swear regularly can be more honest and show more integrity than people who don’t because cursing comes with a sense of authenticity and reveals a person’s genuine emotional state, yet another study found.

So cut the bullshit, and don't hold back on swearing.

Sleeping in on the weekends 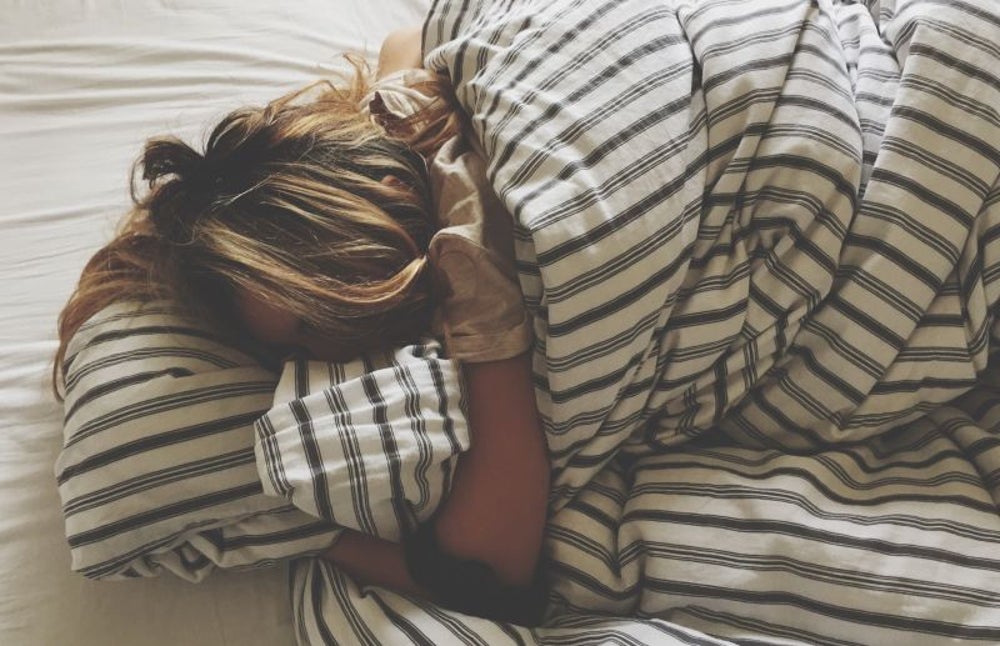 Image credit: Marco Poggioli | EyeEm | Getty Images
While it’s long been advised to wake up at a consistent time during weekdays and weekends, it turns out that’s not entirely true. Recent findings published in the journal Sleep studied the sleep patterns of 43,000 people and came to the conclusion that people who got an average of five to eight hours of sleep at night had lower mortality rates than those who fell outside that window. So, if you find yourself working late, waking up early and only able to get in less than five hours of sleep on weeknights -- don’t worry, you can bring that average up by sleeping in on the weekends. 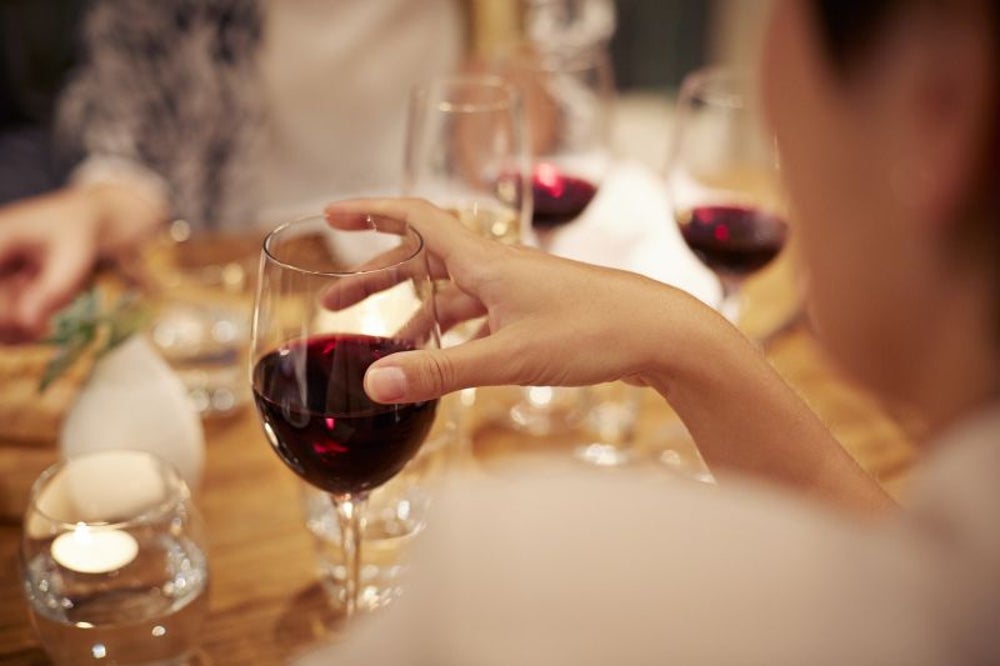 Image credit: Klaus Vedfelt | Getty Images
There’s no need to feel guilty when you indulge in a glass of wine or two after a long day at work. In fact, some light to moderate drinking holds a number of benefits. Over the past few years, lots of research has surfaced finding that alcohol every once in a while can help you think more clearly, give your memory a boost, reduce stress and even reduce your risk of certain diseases including heart disease, diabetes and dementia. We’re not giving you the greenlight to go and get wasted, but a drink or two here and there can actually help you. 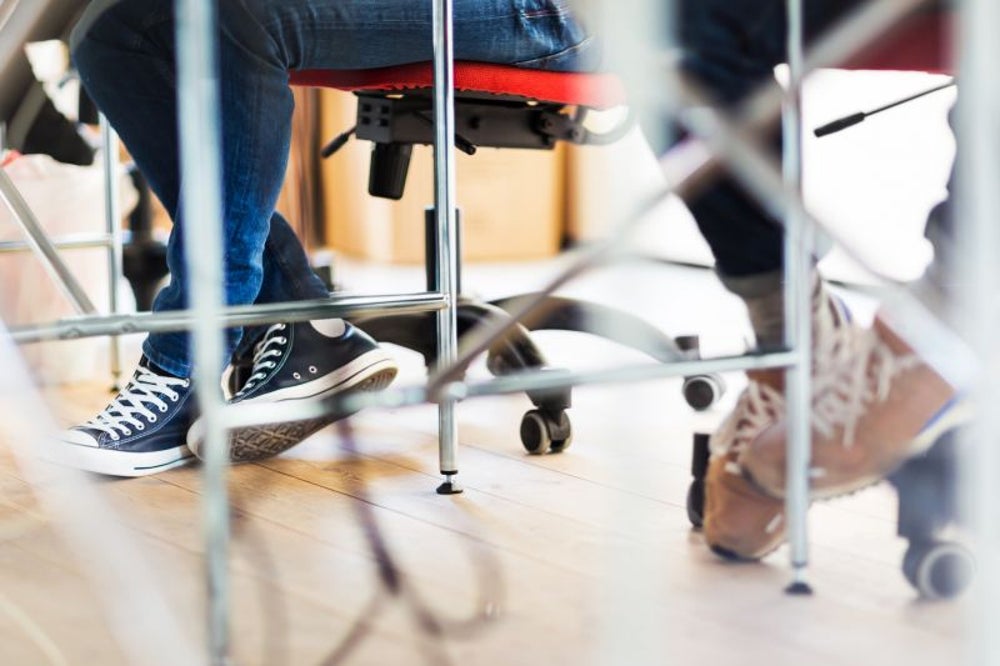 From twirling your hair to tapping your toe -- many of us have trouble standing still for five minutes, and while that’s often looked down upon, it turns out it’s not so bad after all. In fact, fidgeting can actually be a good thing, especially if you’re sitting at a desk all day long. A 2016 study compared people sitting, some of whom tapped their feet and others who sat still. The result? Those who fidgeted had significantly higher blood flow and stimulation. Not only that, but those who fidget typically burn an extra 350 calories a day compared to those who don’t. 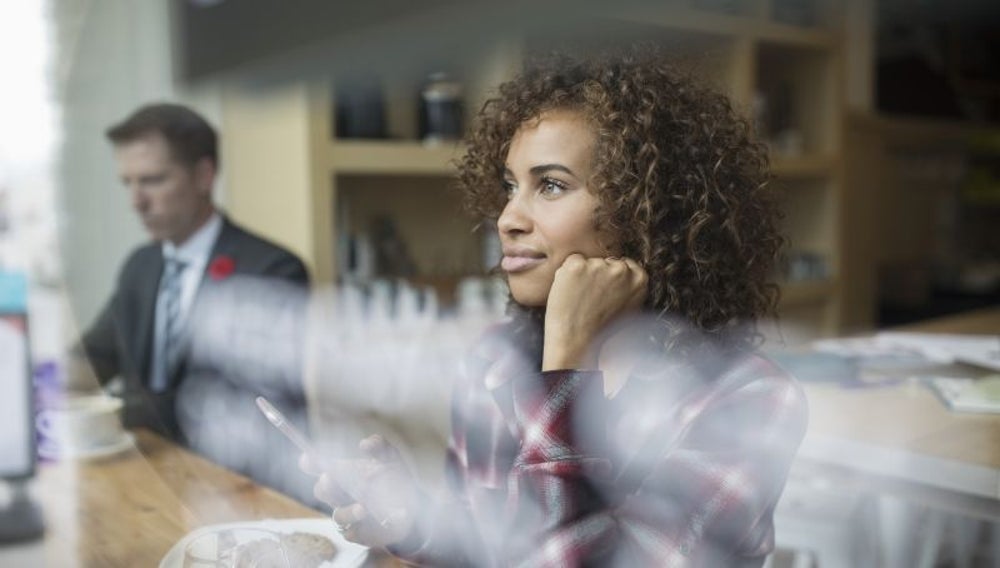 It’s not only kids who daydream, but even as we grow, it’s typically a habit we never entirely lose. And that’s not such a bad thing. Lots of research has proven that daydreaming can actually help you be more creative, productive and motivated. Why? Because daydreaming can help activate certain areas of the brain that are typically out of reach.

However, certain types of daydreaming can be more beneficial than others. For example, it’s important for daydreams to hold some level of realism because daydreams that are too far-fetched and fantasy-based can lead to disappointment. On the other hand, daydreams with a realistic aspect can help motivate people to reach their goals and pursue their passions. 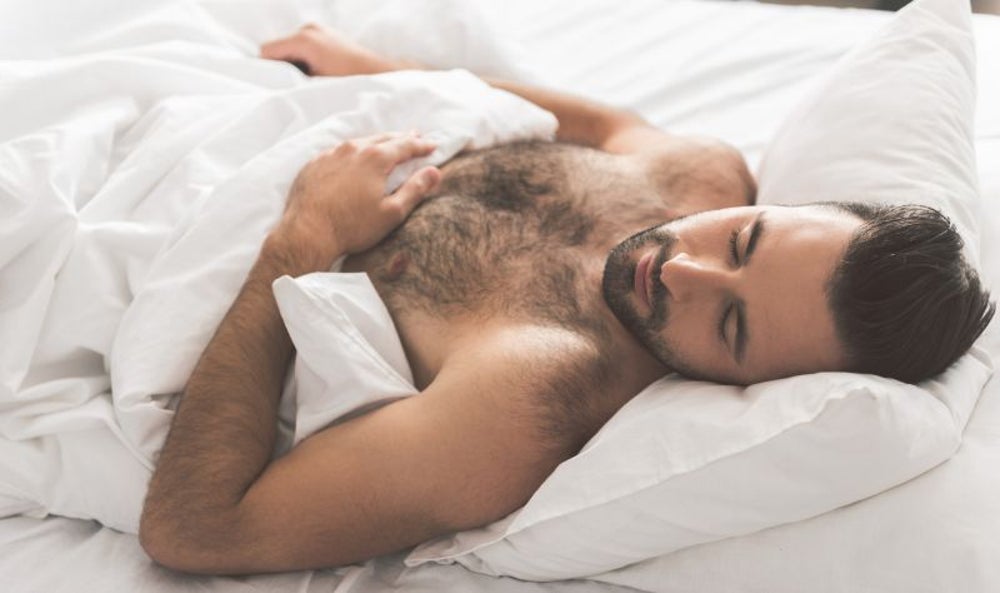 Image credit: YakobchukOlena | Getty Images
If you’re comfortable with it, a great habit to pick up is sleeping in the nude because it has a slew of health benefits. For starters, sleeping naked can help regulate your body temperature because when you’re wearing clothes at night, your body can overheat and that can disrupt sleep. Staying cool at night also helps to boost your metabolism because your body has to work to generate more heat. By being cooler at night, you’ll sleep better, which in turn will also reduce your stress levels because the more you sleep, the more the stress hormone, cortisol, decreases and helps you recover from the day’s stresses. 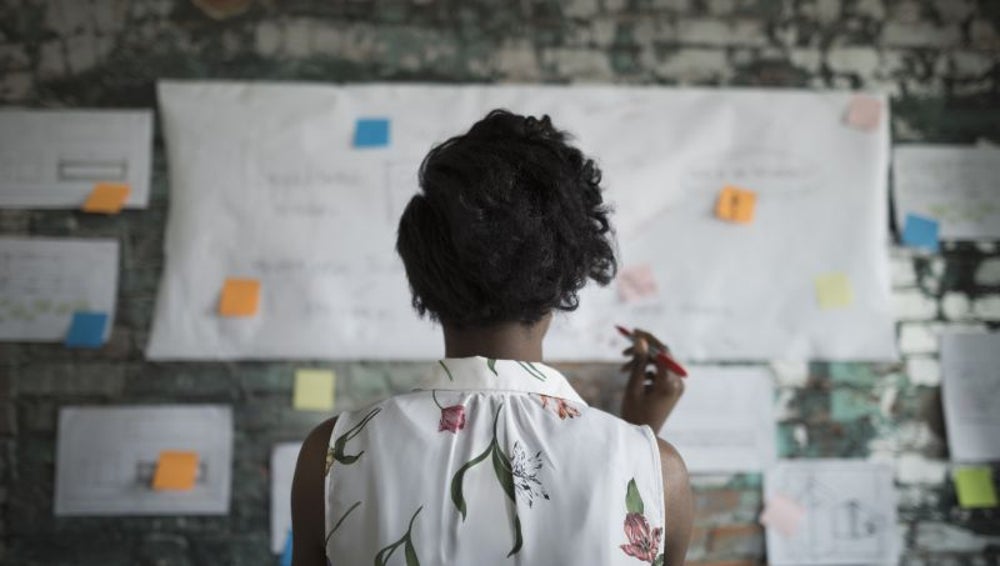 While it might sound crazy, talking to yourself can actually help you solve problems, think clearly and reduce stress. In one study, researchers found that when a person was looking for something and spoke out loud, it helped them better visualize the object, which in turn, helped them better spot it.

It also turns out that it’s even more beneficial to talk to yourself in third-person. According to another recent study, when people say their own names while talking to themselves, they can think more clearly and better regulate their emotions because it gets them to think from a different perspective and detach themselves from a situation.

Complaining -- about the right stuff 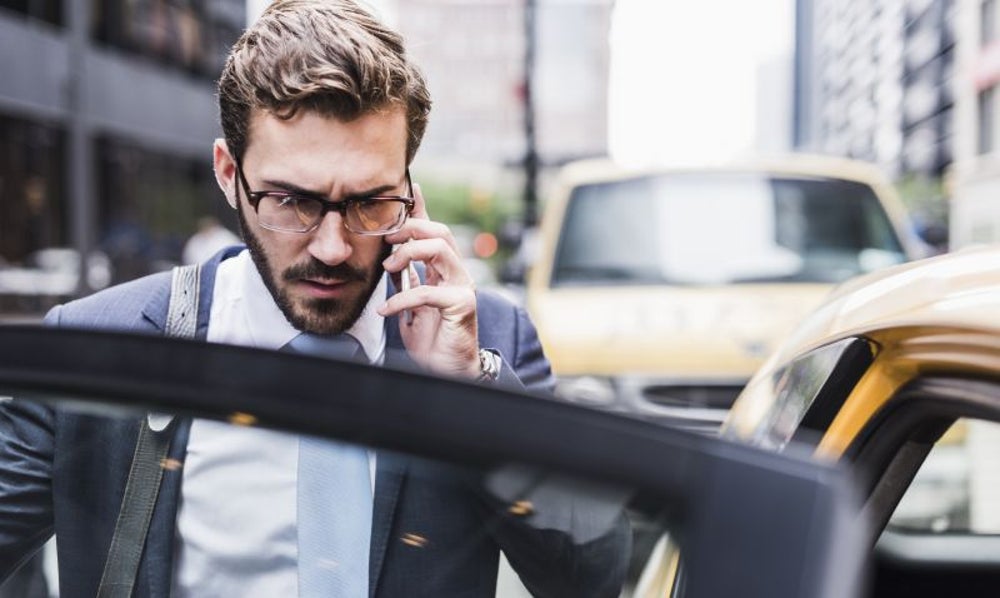 Sure, constantly complaining might annoy the people around you, but letting off some steam every once in a while is actually a good thing, especially if it's something important. No one likes a Debbie Downer who's constantly whining about life's minute challenges such as missing the bus or putting your shirt on backwards, but research shows there's a strategic way to complain. A 2014 study revealed that people who complained in hopes of achieving certain results were happier than people who complained simply for the sake of it. Therefore, it's perfectly fine to complain but only when it serves a purpose, it's relevant and it's to the right people.

Related: Perfection Is the Greatest Obstacle to Productivity 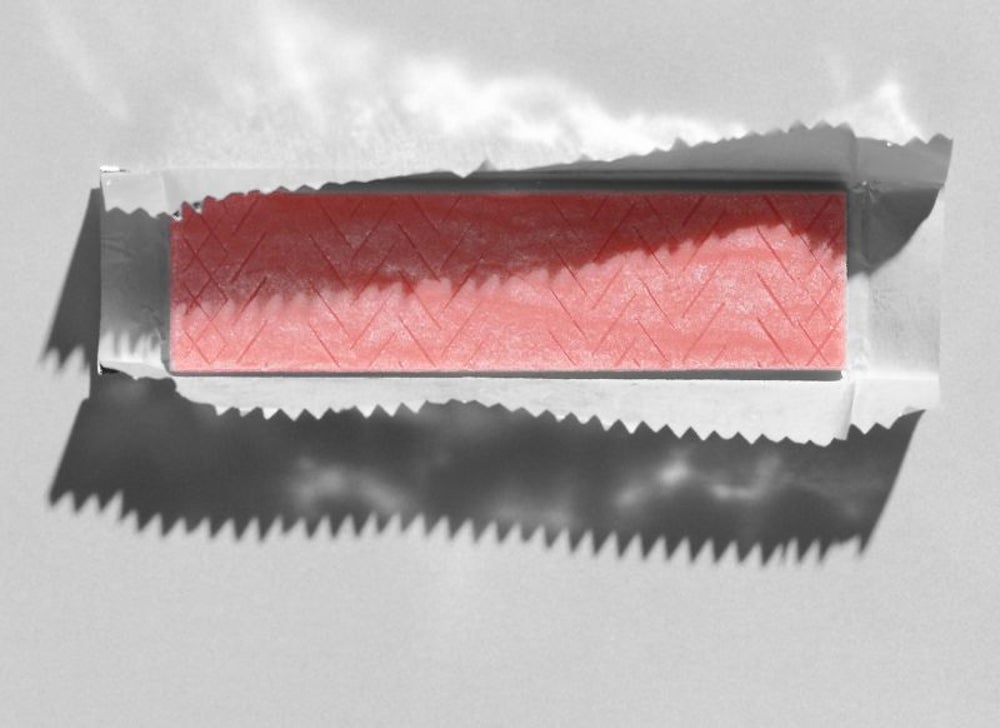 Image credit: Dave Bradley Photography | Getty Images
If you need to focus, get out a pack of gum. (For your health's sake, just make sure it's sugar free.) Research shows that chewing gum helps people stay focused for long periods of time. A study observed a group of 38 people, half who chewed gum and half who did not, as they performed memory tasks such as hearing specific numbers and repeating them back. The test required multiple stages, and in the end found that people who chewed gum performed substantially better than people who did not, especially towards the end of the series. It turns out some gum chewing is good for both focus and memory. 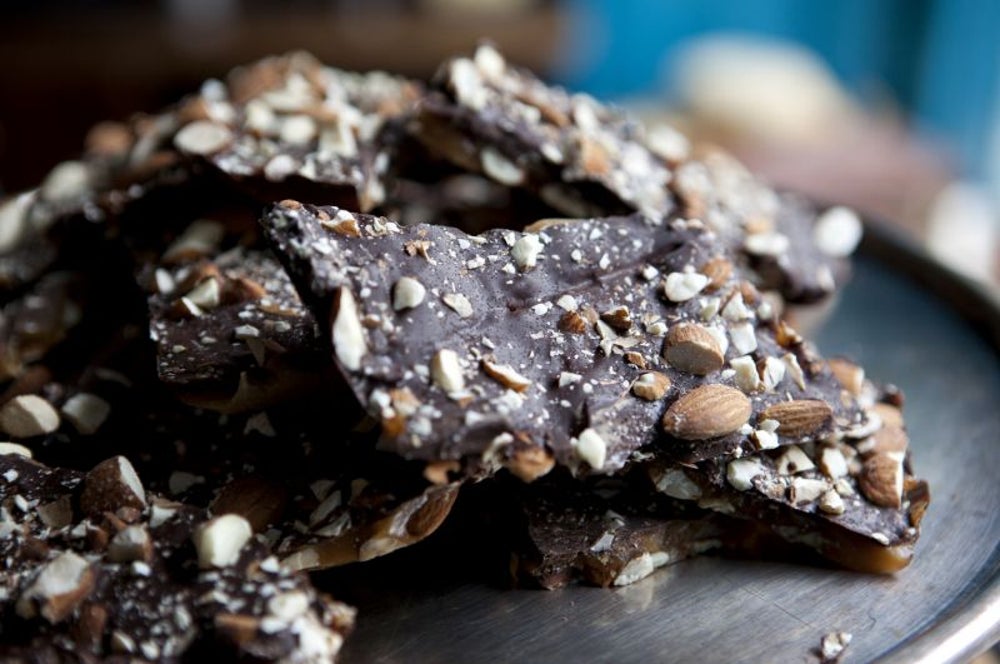 Image credit: Halfdark | Getty Images
Rejoice, chocolate lovers! There's no need to feel guilty when indulging in chocolate, whether it be dark, milk or even white. A large-scale study uncovered that people who eat chocolate are less prone to heart disease and strokes. In a series of seven studies involving more than 100,000 participants, researchers compared the rates of heart disease between people who ate the most chocolate to people who ate the least -- and the results were shocking. While they found chocolate to have no effect on heart failure, they also discovered that the "highest levels of chocolate consumption were associated with a 37 percent reduction in stroke compared with lowest levels." How can this be? Turns out, it has less to do with physical health and more to do with the fact that chocolate helps people relax and destress, no matter the form you eat it in. Of course, the scientists do warn against overindulging because despite these results, chocolate is still high in calories, fat and sugar.
More from Entrepreneur