'Wi-Fi On Steroids' Could Be In the Air 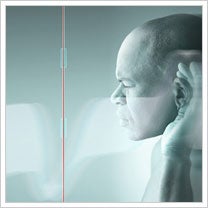 The Federal Communications Commission today opened up a new frontier of airwaves for use as a successor to wi-fi and for other communications needs, giving hope to a new generation of hi-tech entrepreneurs.

The opening of so-called "white space" airwaves--frequencies that exist between broadcast television channels--could unleash a wave of "new, sophisticated wireless devices to operate in broadcast television spectrum on a secondary basis at locations where that spectrum is open," according to an FCC statement. FCC commissioner Michael J. Copps said the new spectra would encourage a more-reliable, more-powerful form of wi-fi internet access, one he echoed as "wi-fi on steroids."

Concert promoters and entertainers opposed using the "white space" because their own wireless microphones use it for concerts and events, but the FCC stated (Word doc) there would be provisions to protect those frequencies from interference.