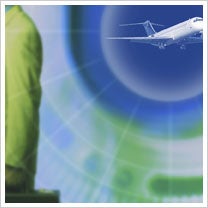 Urban economist Joel Kotkin argues that immigrant businesses are often recession proof and seem to be faring well in this otherwise gloomy economy. The Presidential Fellow in Urban Futures at Chapman University in Orange, Calif., writes that Asian immigrants tend to save cash and thus have it for shopping, while Latino immigrants are often paid in cash and have more fluidity when it comes to everyday shopping needs.

"Throughout the country, ethnic-based businesses continue to expand, even as mainstream centers suffer or go out of business," Kotkin writes. "The key difference, notes Houston real estate investor Andrew Segal, lies in the immigrants' greater reliance on cash. 'When cash is king,' observes Segal, president of Boxer Properties, 'immigrants rule.'" Kotkin says that immigrant communities didn't become as entangled in the mortgage, banking and Wall Street bubbles as people in other facets of American life, and thus are now freer to spend. He notes that Asian and Latino retail developments are expanding in some communities such as Irvine, Calif., and Ft. Worth.

The professor concludes that immigrant entrepreneurs add a strong layer of fiber to American business and thus will be more important as the country looks to economic recovery.

"... They also will likely become even more important in the future--even if immigration slows down dramatically," Kotkin writes. "By 2000, one in five American children already were the progeny of immigrants, mostly Asian or Latino; by 2015, they will make up as much as one-third of American kids."