Employment Audits on the Rise

Nina Kaufman
May 12, 2010 min read
Opinions expressed by Entrepreneur contributors are their own. 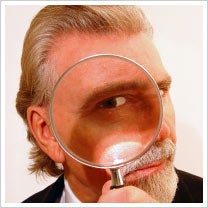 Whichever side of the coin you're on--service provider or service requester--it's important to know that employment audits are on the rise. Let's leave aside my cynicism about the government's use of this tool as a revenue-generation activity . . .

The fact is that the Department of Labor, the IRS and numerous state labor authorities have stepped up audits of the employment status of independent contractors. If you own a business and hire "1099 contractors" to supply services to your company, make sure you can properly justify your claim that they are independent. You'll want to know:

Here's a horror story of how one business owner got caught in the net:

"Jane" hired "Danielle" to lead a couple of workshops for her diversity-training business. They had a written agreement, which clearly stated that Danielle was working as an independent contractor and would be responsible for her own employment taxes. At the time Jane and Danielle reached their agreement, Danielle was still working for a major corporation. When she was laid off as a result of downsizing, Danielle filed for unemployment. The application asked whether Danielle was performing work or services anywhere else. Not wanting to perjure herself--and having no idea of the effect her answer would have--Danielle named Jane as someone for whom she had provided occasional services. Next thing Jane knew, she was being investigated by the unemployment insurance board.

Note that neither Jane nor Danielle intended for Danielle to be considered an employee. Danielle was also prepared to pay her full share of the relevant employment taxes. But as a result of filing, their working relationship was being questioned, and Jane faced the possibility of an audit of the agreement she had with other trainers--not to mention several thousands of dollars in attorneys' fees to plead her case and try to straighten out the situation..

If you're an independent contractor/freelancer acting as a sole proprietor, this rise in audits could affect your business in two very significant ways: