By Carol Tice September 10, 2010
Opinions expressed by Entrepreneur contributors are their own. 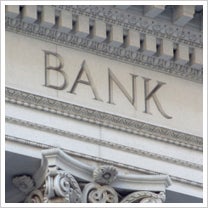 Yes, the $30 billion funding bill for community-bank lending is still stuck in the Senate -- President Barack Obama was talking it up again in a press conference this morning. But even without it, now may be the time to try a bank loan again.

Could bank loans be an option for small businesses again? Some indicators are turning positive -- between April and July, The Federal Reserve reports, big banks finally began easing their credit standards for small-business loan applicants. Banks need business. At this point, the banks said their standards were getting a little looser because frankly, they need to make some loans already! After two years of lending doldrums, they need to get back to earning interest on the bank's money. Competition is stiff to get good loans done, so banks are finally getting a little more flexible on the creditworthiness they need to see from small-business loan candidates.

Few are applying. Banks report that though they've made it easier to borrow, the volume of loan applications is still fairly low. Many company owners gave up seeking bank funding in the downturn, and they haven't come back. Translation: Word has not yet gotten around that small-business lending is getting easier again. So hit that anvil now, before everybody figures it out.

Companies with collateral win. If you've been sitting on the sidelines but your company has collateral for your loan, fill out that application. A recent study showed the best banks are approving just over half of collateral-based loans.

VC drying up. Try a bank loan because venture capital is getting tougher and tougher to get. More than half of angels say they've funded fewer business in the past six months. Many are shifting their interest to funding later-stage, lower-risk companies, leaving startups high and dry.

In fact, the VC situation is so bad some observers believe the federal government should focus on pumping capital to VC firms. There's concern that the lack of VC is choking off hiring. Further clogging the VC pipeline is the fact that more than 160 IPO filings are circling the public markets, waiting for the exchanges to stabilize so they can price their offerings. That's the biggest backlog of IPOs in quite a while, and the holdup means fewer VC-backed IPO debuts, and less money filtering back into VC's pockets to invest again.

Upshot: With VC money shrinking, bank loans are starting to look better. As a bonus, you're not giving up part ownership of your business when you get a bank loan.

Have you tried to get a bank loan for your business in the past few months? If so, leave a comment and tell us about your experience.