Does Michelle Obama Have the Right Idea About Restaurant Menus?

By Carol Tice September 15, 2010
Opinions expressed by Entrepreneur contributors are their own. 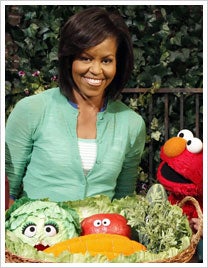 The blogosphere has been inflamed by First Lady Michelle Obama's recent efforts to convince restaurants nationwide to serve healthier dishes to help fight childhood obesity. It's part of her "Let's Move" campaign to help kids slim down.
OK, it's downright bossy for the First Lady to be telling restaurateurs what to put on their menus. I'm sure many are bristling at the suggestion that she's got a better idea what they should serve than the restaurant owners do.

But before everybody gets too hissy, let's stop a minute. Because Ms. Obama just may be onto an idea that could help some struggling restaurants pull through. While suggestions that eateries serve a side of apples instead of French fries as the default side dish likely won't go anywhere, there is another way to serve kids fewer calories. Just make the portions smaller.

Smaller portions mean less cost for the restaurant, and can help kids slim down. Charge the same, serve less food. Talk about a win-win!

Some of us are old enough to recall when a typical cookie was barely bigger than a 50-cent piece (as compared with today's routinely dinner-plate-sized behemoths). Restaurants could lead the charge back to sane portions, get good PR for fighting childhood obesity, and save money all at the same time.

Honestly, my kids were recently served a macaroni and cheese kids' meal at a sit-down restaurant that was big enough for two kids, easy. You don't have to do this, American restaurants. Nobody wins -- not you, and definitely not the kid who's learning to confuse the feeling of being overstuffed with the feeling that they're full.

Don't hide your smaller portions, either -- market them aggressively as healthy servings, and reap the rewards.

There's another positive angle to Ms. Obama's restaurant crusade, too. With partner the National Restaurant Association, "Chefs Move to Schools" has been bringing chefs into public schools to change cafeteria menus.

What a great promotional opportunity! Bet those kids are all nagging mom and dad to go to that chef's restaurant for dinner.

So, while Ms. Obama may have gone about this in a frankly pushy way...don't shoot the messenger. Maybe there's something useful in there.

What do you think about Ms. Obama's restaurant-menu campaign? Don't be shy. Tell us all about it in the comments below.