From Rock Bottom to Rebirth

How a commercial graphics company discovered new markets for a business rebound.

By Lisa Girard March 14, 2011
Opinions expressed by Entrepreneur contributors are their own.

Editor's note: Small-Business Comebacks is a new series about resilient entrepreneurs and their strategies for rebounding from the recession. 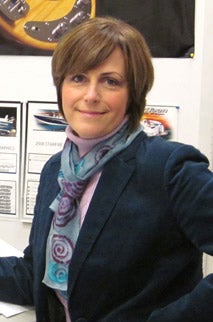 It was 2007, and Valley Screen Process Co. was riding high. The Mishawaka, Ind.-based commercial graphics firm, which provides businesses with decorative markings for their products, had a growing stable of clients in the booming recreational vehicle and marine industries. The company enjoyed 10% growth each year since 2001, increasing its employee count from 50 to 75 in that six-year period.

But when the credit crunch hit in 2008 and the bottom fell out of the RV market, Valley Screen would not be far behind.

"More than 90 percent of our business was tied to those two industries that were dependent on discretionary spending, which had dropped off considerably," says Karen Barnett, 48, a second-generation owner whose father founded the business in 1967. "People just weren't purchasing travel trailers and boats."

A Low Point
Sales began to slip in March 2008 -- a trend that would continue for 16 straight months, as many clients stopped ordering or went out of business.

After two rounds of layoffs, Valley Screen's once robust staff of 75 was down to 30, with the remainder bearing pay cuts of as much as a 20%. The company also reduced benefits, eliminating its 401(k) match, long-term disability coverage and paid holidays.

Even with the cuts, Barnett had to get creative to keep all four of her designers, who each had different strengths. For 11 months, she rotated layoffs where each of the four took turns going on unemployment one week per month. It had the effect of cutting one job and helped keep the talent pool in place.

"My deepest fear was that we wouldn't be able to cut back far enough to keep going, given the drastically reduced sales number," says Barnett, who along with her husband Darrell, the sales manager, didn't pay themselves a salary for five months. Barnett's mother, Carol Bauer, a business partner and minority shareholder, went unpaid for a year.

"We always made sure employees knew that the entire team, including the owners and managers, was sacrificing," Barnett says. "It was a team effort."

And it would take a team effort to turn the company around. Barnett started rallying the troops. She held monthly meetings to inform employees about new projects and an open-door policy kept the lines of communication open. Barnett also started daily brainstorming meetings with the pared-down staff, which produced a flood of ideas. When it came to prospective clients, she embraced a positive spin, understanding they wouldn't want to "hear me whine about our loss of business." She told them she was taking advantage of the slowdown to create new products.

Your Reality Check
When Barnett saw her company start to sink, right along with the industry it served, she had to answer some difficult questions. Consider how these may also apply to your business:

• What is the most effective way to rally the troops during uncertain times?

• What can you do to open the lines of communication even more between you and your employees?

• How can you explore new revenue streams for your company, such as an untapped market or a new product or service?

In 2009, Valley Screen launched OleeKids.com, a kids décor website that allows parents to create custom decals with their children's photos. The idea took off, and in just over a year, the site has grown to include more than 100 products.

"With the excess time we now had on our hands, we did what should have been done all along, which was to diversify our product offerings," Barnett recalls. "What some would have called bad luck turned out to be the best thing that ever happened to us."

The new initiatives began paying off quickly. Barnett says Valley Screen has been profitable every month since August 2009. Annual sales also shot up 54% to $6.5 million in 2010, compared with the previous year -- and another 15% sales increase is projected for this year. Meanwhile, the company is back up to 49 employees, including 17 who were hired back.

Lessons Learned
While Barnett sees a resurging RV industry, she won't go back to depending so heavily on any one market. Valley Screen is less vulnerable to U.S. economic swings as it started new divisions to broaden its client base, including the fleet, architectural, healthcare and consumer industries. And its product offerings are just as diverse, from $35 pack of removable wall stickers on OleeKids.com to $7,500 for a shuttle bus wrap graphic.