What the Jobs Act Would Hold For Small Businesses

By Diana Ransom September 9, 2011
Opinions expressed by Entrepreneur contributors are their own. 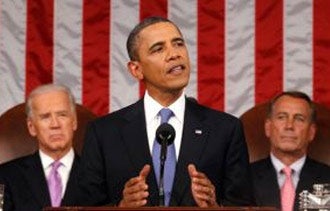 If job creation starts with the smallest businesses, here are a few measures that may get the ball rolling more quickly

In his address to a joint session of Congress last night, President Barack Obama laid out a wide-ranging -- if not gutsy -- plan for trimming U.S. unemployment rolls and putting U.S. workers back in paying jobs. In addition to assisting the long-term unemployed and veterans, the bill, called the American Jobs Act, proposes to provide federal aid to many of the nation's small-business owners.

"Everyone here knows that small businesses are where most new jobs begin," President Obama said in his speech. "For everyone who speaks so passionately about making life easier for 'job creators,' this plan is for you."

In addition to tax credits for companies that hire new workers and veterans, small business owners would see their own payroll taxes cut in half. According to the President, for those with 50 employees making an average yearly salary of more than $40,000, that’s an $80,000 tax cut. Further, he noted that businesses would see an extension of the provision that allows them to write off 100 percent the cost of new equipment purchases in 2012.

A number of analysts suggest that the expense of the plan -- at $447 billion -- makes passage unlikely. And small-business advocates -- among them, the National Federation of Independent Business and the U.S. Chamber of Commerce -- condemned the plan for not going far enough. But some prominent Democrats and Republicans alike have suggested that at least some of the President's proposals could win their approval.

While it's not clear whether any or all of the elements within the President's plan will become law, the bill he announced yesterday could certainly have an impact on businesses -- both large and small.

Here's a breakdown of 10 proposals that the President suggests will help small businesses hire: