Creating an 'Ecosystem' for Minority Entrepreneurs

By Colleen DeBaise November 16, 2011
Opinions expressed by Entrepreneur contributors are their own. 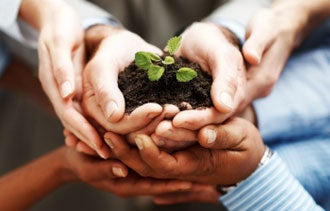 Urban centers across the country need to develop "ecosystems" that support entrepreneurs, particularly those whose rapid-growth companies create jobs in minority communities.

That's according to John Sibley Butler, a management professor at University of Texas at Austin, who says struggling cities like Detroit and Newark, N.J., could do more to emulate startup hotbeds such as Silicon Valley, Boston and Austin, Texas.

Butler made the remarks at the "Gathering of Angels" summit at Rutgers University Business School, a two-day event focused on ways to connect high-growth African-American entrepreneurs with investment capital.

Black entrepreneurs represent a fast-growing segment of business owners. From 2002 to 2007, the number of black-owned businesses increased by about 60% to nearly 2 million, more than triple the national rate of 18%, according to the most recent figures from the U.S. Census Bureau.

Access to capital remains an issue. A 2009 study by the Kauffman Foundation found that white-owned business have on average more than $80,000 of startup capital, while black-owned businesses have less than $30,000.

In his speech, Butler outlined a number of ways that cities can create entrepreneurial ecosystems, with the first being outreach to individuals who might become angel investors.

"The first thing you have to do is bring wealthy people into the equation," he said. "Wealth has to be a constant, consistent component."

Beyond investors, an ecosystem also needs the support of local academic institutions, government and businesses, he said. Butler pointed to Austin's success at fostering entrepreneurship, noting a number of organizations -- UT-Austin's Austin Technology Incubator, the state government's Texas Emerging Technology Fund and the Central Texas Angels Network, among others -- have played a critical role.

Urban areas, especially those in decline, need to reinvent themselves and "invest in the future, and new ideas coming out of laboratories," he said.

Tuesday's session also featured a screening of the CNN documentary, "Black in America," which chronicles eight African-American entrepreneurs as they attempt to raise capital for their tech start-ups in predominantly white Silicon Valley.

Only about 1% of entrepreneurs who received venture capital in the first half of 2010 were African-American, according to a study by research firm CB Insights.

Several panelists discussed the challenges facing black entrepreneurs at a post-screening discussion. Maisha Walker, a small-business consultant and Internet industry veteran, says many African-American business owners haven't been able to develop a deep network of contacts "We're simply not at the table, and we don't have enough relationships with people who are," she said.