How three entrepreneurs overcame challenges when exploring global markets, and what you can learn from them.

By Jane Porter December 1, 2011
Opinions expressed by Entrepreneur contributors are their own. 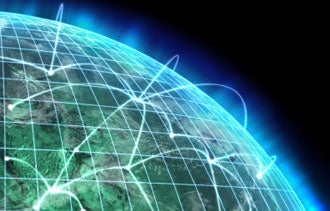 Given the sluggish U.S. economy, small businesses may have little choice these days but to look abroad for growth and start exporting their products.

"In many ways it's the only way to grow," says Mona Pearl, founder of Beyond a Strategy Inc., a Chicago-based global strategic development firm and author of Grow Globally (Wiley 2011). "We have to start getting to know more about the world."

The good news: International opportunities are growing, with the U.S. Export-Import Bank having increased small business financing by more than 70% since 2008.

But breaking into the global marketplace takes careful planning. Here is a look at three major export regions and the strategies of some U.S. entrepreneurs doing business there.

China
For Ocilla, Ga.-based Hudson Pecan Co., the need to start exporting became clear more than a decade ago. The problem was simple. "We had more pecans being produced than we consumed domestically," says Randy Hudson, president. But it wasn't until 2008, after reaching outside for financial assistance, that the company penetrated the Asian market in a substantial way. The Southern United States Trade Association, a federally funded program, offset half the cost for Hudson to travel and begin selling abroad, while the Ex-Im Bank provided a $2 million lender loan guarantee that ensured the company would be paid for goods sold oversees. 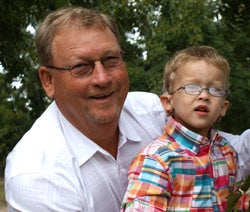 Today, the 10-person company generates 75% of its sales from exports to Hong Kong, its distribution point for Asia. Total sales surged from less than $1 million in 2008 to $7.5 million last year and are expected to approach $15 million this year, Hudson says.

Biggest Challenges: Contracts and standby letters of credit are standard practice in the U.S., but they aren't so common when selling commodities in China, Hudson says. And without a standby letter of credit attesting to the amount of business he had in the pipeline, Hudson couldn't obtain a loan from the Ex-Im Bank.

"It almost prohibited us from doing any business there by preventing borrowing significant amounts of money," he says. Ultimately, Hudson found a way around the problem by setting up his own intermediary company in Hong Kong. He then sold his pecans to the intermediary and used it to issue the necessary papers to secure a loan.

Hudson's advice: Because deals are sometimes based on personal honor rather than a formal contract, small businesses must be cautious. "If you are doing business with a Chinese businessman for many years, his word is as good as any contract," says Hudson. But until you develop a relationship of trust, "you have to be extremely careful." Hudson advises small-business owners to visit prospective customers in person to get to know them and require a larger initial deposit for the first few business exchanges.

Related: How Online Retailers Can Ride the Exports Growth Wave

South America
Signature Systems Group LLC, a New York-based specialty flooring manufacturer, shows what a difference an export strategy can make. Before it started exporting to Argentina six years ago, it was generating $10 million in annual sales with a staff of 10. Today, it operates six offices, including one in northern England, and employs 50 people. About a third of its annual sales of $45 million come from exports to 45 countries. 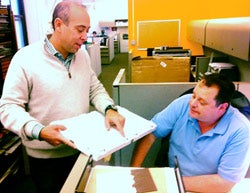 The bulk of the company's export sales come from South America, where it does business in seven countries and has learned some important lessons--from overcoming cultural challenges to dealing with bureaucracy and red tape. Along the way, Signature Systems' senior vice president of sales, whose family is from Buenos Aires, has provided an insider's perspective and valuable local connections.

Biggest Challenges: Even with that inside connection, Signature Systems still had plenty of legwork to make sure it complied with local regulations for everything from fire ratings to safety standards. Adjusting to differences in negotiation styles also took time. "In South America, the best business deals are done face-to-face," says Arnon Rosan, president and CEO of Signature Systems. "More than any region, they want to … size you up in person."

Rosan also had to be mindful of potential legal trouble in some countries, such as requests from government-paid employees for a commission in exchange for more business. While questionable practices aren't rampant, he says, small business owners still should become well acquainted with the Foreign Corrupt Practices Act and understand the kinds of transactions to avoid.

Rosan's Advice: To build a reputable distributor network, Rosan suggests that small companies explore websites of similar businesses for distributor information. For example, Rosan looked for businesses distributing products for the oil and gas industry who were not only more likely to buy his oilfield rig mats, but also had already been vetted by another company. "It's a nice trick to getting an established dealer network fairly quickly," he says.

Europe, South Africa and Mexico
Theoharris Christo (known professionally only by his last name) opened his Christo Fifth Avenue hair salon in 2002, but now does business well beyond the bustling streets of midtown Manhattan. The Cyprus native used his understanding of the Greek culture and market to start his hair-care products export business in Greece in 2006. Since then, he has expanded to South Africa, as well as Russia and Mexico, his two largest export markets. Christo's five product lines focus on curly hair and include shampoos, conditioners and styling tools. 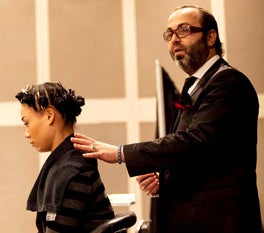 Christo says his hair care and styling classes and demonstrations at international beauty shows have generated valuable word-of-mouth promotion in expanding export sales. He works only with distributors willing to export products themselves so that he doesn't have to deal with the complications of customs and shipping. "They know their people and their market better than me," he says.

Biggest Challenges: Regulations regarding product ingredients and packaging information demand close attention because they vary from country to country. For example, when Christo broke into the Russian market last summer, he had to find substitutes for prohibited ingredients and ensure that the information on the bottles satisfied the Russian Federation for Hair and Cosmetics requirements. Because developing new products to meet local requirements can be expensive, ranging from $6,000 to $20,000, Christo requires distributors to cover the cost.

Christo's Advice: Christo advises small businesses to seek export experts for guidance. He works with both a lawyer and chemist familiar with regulations in his export markets. He also stays focused on quality, sticking to U.S.-made ingredients and resisting the temptation to buy cheaper materials from other countries. "The Europeans like American products," he says. But "they don't like mass production. They like quality."