How Do You Define Business Success?

By Carol Tice February 29, 2012
Opinions expressed by Entrepreneur contributors are their own. 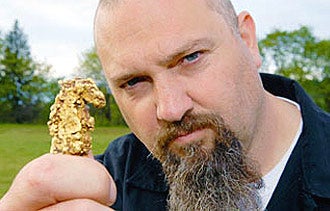 Every entrepreneur has dreams for their business. We have goals we want to attain that, to us, mean we've made it. Our business is successful.

This week, watching the final episode of Discovery's Gold Rush Alaska, I was reminded of just how varied that definition can be for different entrepreneurs.

After a first mining season in which the show's central team -- the Hoffman crew -- completely bombed, they came back and spent another five grueling months digging for gold in the Yukon. With a goal of mining 100 ounces, the crew fell a hair short.

When they finally tallied up their take, after expenses, each man on the team was handed a small vial with $8,000 worth of gold in it. For five months' work.

And crew boss Todd Hoffman couldn't stop talking about how successful he felt. That the crew had proved they could mine gold. They were pros.

Really? We're talking about months of time spent away from families, away from money-earning jobs, living in primitive conditions. In essence, they had gone all in, risking everything. Some crew members noted that if they didn't find gold, they wouldn't have the money to get home.

Even just looking at this season, that payday works out to less than $20,000 a year. It was hard to see how the Hoffmans defined their season as a success.

But as he drove away, Todd Hoffman said he couldn't wait to come back and try to make ten times as much next season. It was clear he felt totally validated by what they'd been able to pull from the earth after a series of travails that included numerous equipment failures and being booted off their initial land claim.

Maybe it was just the feeling of triumph over adversity, but to me it was not much of a triumph. Given how little they earned in such a long stretch, it's hard to see how they might get any spin off it either, in terms of ability to profit off their TV fame.

I'd like to see an after-show episode where we get to see all these men's wives welcoming them home and getting their reaction when he says, "Honey, I'm home after five months, and I've got $8,000."

How has setting business goals helped improve your business and/or outlook? Leave a comment and tell us your milestones.