By Scott Shane April 3, 2012
Opinions expressed by Entrepreneur contributors are their own. 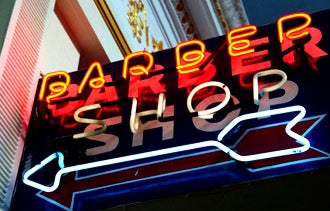 Many entrepreneurs support free trade. In a competitive world, they figure that whoever offers the best product or service wins.

Their intuition is largely correct. In a few cases of unfair competition, tariffs can help entrepreneurs, but for the most part, they aren't beneficial and can sometimes be harmful. To understand why, you first need to understand why tariffs are a losing proposition when the gains and losses to everyone in a country are considered.

Tariffs are taxes imposed on imported products that raise the price of the goods. That, of course, can hurt the sales of foreign producers. But people in the country imposing the tariff can be hurt, as well. While local producers might benefit from a tariff that weakens foreign competition, consumers lose by paying more for imported products. And the negative impact could be exacerbated if the foreign government retaliates with a tariff of its own.

Collectively, the cost of tariffs is very large. The World Bank estimates that the elimination of tariffs would make the global economy $1 trillion larger than it is today.

Most small businesses don't share any of the benefits from tariffs. Because many compete only with other local businesses, tariffs don't make their products cheaper than those of competitors. After all, taxis, barbershops, dry cleaners and the like don't face competition from abroad.

But tariffs sometimes can be detrimental to a small business and make it less competitive. Take, for example, a retailer that sells imported clothing but competes with other stores that stock only locally produced clothing. Even though neither retailer faces direct competition from stores in other countries, tariffs will make the import seller's merchandise more expensive and likely drive customers to the local competitors.

Even in industries where small businesses do face foreign competition, such as machine tools and auto parts, tariffs aren't necessarily helpful. True, tariffs raise the cost of foreign goods and help local companies compete. But governments often take a tit-for-tat approach to tariffs: You impose a 50 percent duty on imports of my country's products and I will impose a 50 percent duty on imports from your country.

This situation is obviously bad for American entrepreneurs who export. They become less competitive overseas if they get slammed with a 75 percent tariff in Japan or Italy simply because the U.S. government imposed a 75 percent tariff on Japanese or Italian products. Such retaliation can be especially costly to American exporters if the overseas market is larger than the U.S. market. The tariffs end up making foreign competitors' products relatively more expensive for customers in the smaller U.S. market, but relatively less expensive for customers in the bigger foreign market.

In general, however, tariffs matter the most to big business owners because small companies account for a relatively small share of international trade. Data from the U.S. International Trade Commission indicate that small and midsize businesses with fewer than 500 employees account for only 30 percent of U.S. exports, despite accounting for half of nonfarm private-sector gross domestic product. Nevertheless, because tariffs make us collectively worse off, we all benefit if most small-business owners oppose them.