The Twisted Logic Behind the Regulatory Freeze for Jobs Act (Opinion)

By Scott Shane July 18, 2012
Opinions expressed by Entrepreneur contributors are their own. 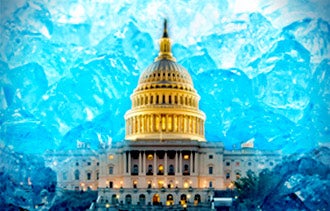 The U.S. House of Representatives is expected to vote soon on H.R. 4078, the Regulatory Freeze for Jobs Act of 2012. If it becomes law, the bill would stop federal agencies from taking “any significant regulatory action until the unemployment rate is equal to or less than 6.0 percent.”

The Republicans proposing the legislation have the right motivation but the wrong answer. While the small-business regulatory burden is too heavy and is hindering job creation, a moratorium on legislation is not the answer

Regulations also cost jobs. Consider environmental protection laws. Michael Greenstone, a professor of environmental economics at the Massachusetts Institute of Technology, calculated that amendments to the Clean Air Act that affected polluting plants between 1972 and 1987 eliminated nearly 600,000 jobs. In Spain, Kenneth Green, resident scholar at the American Enterprise Institute, estimates that laws to promote sustainability eliminated more than two jobs for every one they created.

Nevertheless, simply preventing the enactment of any new regulations isn’t the right way to help small business. That would block regulations designed to help small companies and their owners from going into effect. For instance, small businesses would be hurt if Congress passed a proposed bill to compel credit-card issuers to provide the same protections for business cards that they give to consumer cards -- and also enacted the regulatory freeze. That’s because small-business owners are the primary users of business cards.

It’s also important to remember that regulations provide both costs and benefits. While it’s true that the Clean Air Act eliminated jobs, it benefited everyone by making the air we breathe healthier. Companies pollute because they don’t bear the full cost of their actions. We need regulations because the financial incentive to pollute is too high to expect managers to stop of their own accord. However, if the benefits of regulations don’t exceed the costs, then the regulations should not be imposed, now or ever. Delaying their implementation doesn’t solve the problem; it just kicks the can down the road.

There is also a timing concern with the regulatory freeze bill. Delaying any new regulations from taking effect until the unemployment rate hits a specific target could mean that a number of proposed regulations in the pipeline would be implemented all at once. Because those regulations could slow job creation and economic growth, policymakers would effectively be putting in place a brake on the economy right when it started accelerating. That’s a real problem because economic growth and job creation are a self-fulfilling prophecy. If businesses believe the economy is on the right track, they hire and expand. If they see the government about to hit brakes, they cut back and the economy slows down

The best approach is to look at each regulation and decide whether its benefits exceed its costs. Sure, that’s a more time-consuming approach and doesn’t make for clean politics. But maybe it’s time for lawmakers to earn their salaries by figuring out what’s best for the country rather than just posturing.